Down brings the hammer down at Gas Monkey Live in Dallas 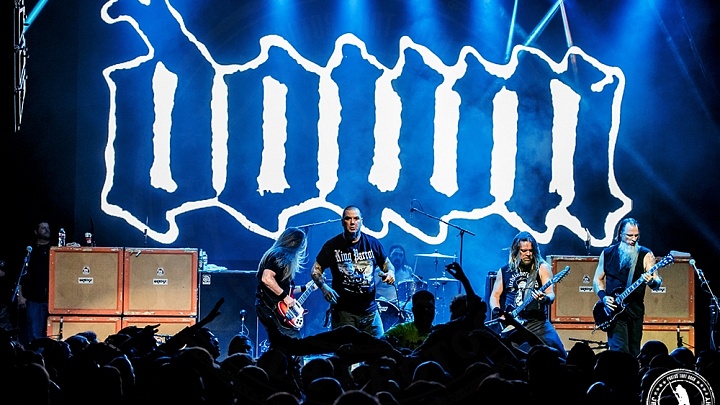 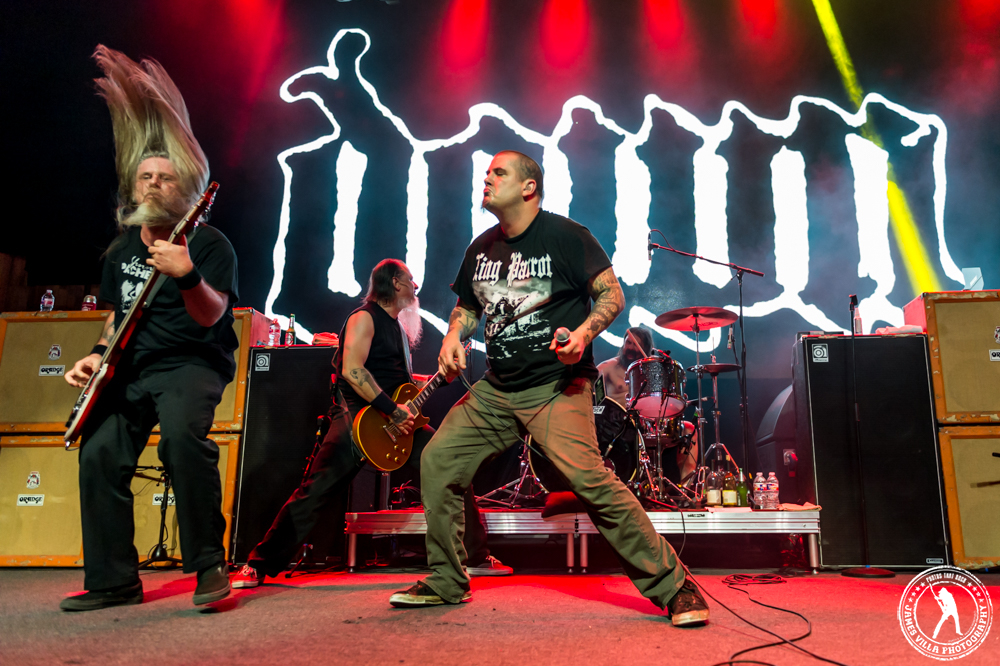 By nature, I’m not a real fan of metal music. I feel like I say that sentence (or something similar) more often then I should, and if I sound like a broken record, I apologize.

I have nothing against the genre, it’s just that it’s normally much heavier than what I typically like.

That said, I’ve helped cover a lot of different metal shows and festivals for On Tour Monthly this past year, which really has helped me acquire more of a taste for it.

That said, my first real outing to a metal environment happened back in May at the three-day long Rocklahoma festival. I had a blast there; and out of the dozens and dozens of bands who played, one of those happened to be the supergroup Down. Guess who was playing at the Gas Monkey Live in Dallas this night? Yeah, it was Down.

I took that as a sign that this year has kind of come full circle for me.

I was looking forward to seeing them again after highly enjoying that set from earlier in the year, and I wasn’t alone. Most everyone was clearly far more pumped for this then I was; and the large area in front of the stage filled up quickly as fans waited. 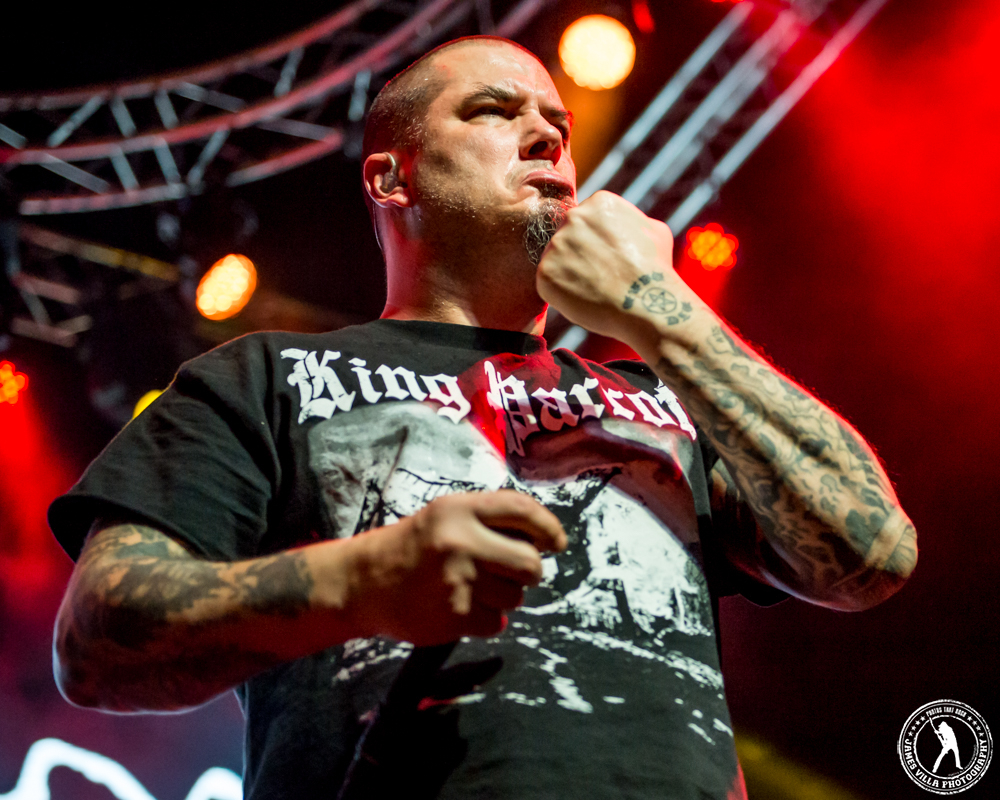 “Motherfucking Dallas, Texas! Fists up!” vocalist Philip Anselmo ordered after they took the stage, opening their 67-minute long set with “Lysergik Funeral Procession”. “From the front to the perimeter, from the middle all the way to the back, I got my eye on you,” Anselmo told the crowd, saying he wanted “to feel” their enthusiasm on the second song, dedicating it to his old band mate from days gone by: Dimebag Darrell. Given the city this was, the crowd went ballistic, but not only because Dimebag is one of the most legendary musicians to come out of the area, but also because fans wanted to hear “Lifer”, even singing some of it. Later in the night Anselmo joked about how good he sounded, before stressing what a long year and tour this had been, saying his voice was a little weak, so he needed all the help he could get. The hit secured their hold on the crowd, as guitarists Pepper Keenan and Bobby Landgraf waved their axes around, and bassist Pat Bruders thrashed about by Pat Bruders’ drum kit.

During the next number, “Hail the Leaf”, Anselmo abruptly stopped the song. Even his band mates weren’t sure why as he pointed out to the crowd. “Hey! Asshole! Didn’t anyone tell you there’s no fucking fighting in Dallas, Texas?!” he asked, looking straight at the offender. He had been paying close attention to everything, even calling out a guy who punched someone when they were down in the scuffle; and waited for security to remove to guy. “I’m disgusted by it!” he said with hatred towards that behavior. “Actually, I’m having a good fucking time!” he laughed before they picked things up where they had left off.

“…The only thing I can promote is this thing called having a good time,” the frontman said during a little conversation before the next song, a comment that came after he told all the first timers this was “college education”, something he didn’t know anything about since he dropped out of high school. That has certainly paid off for him. 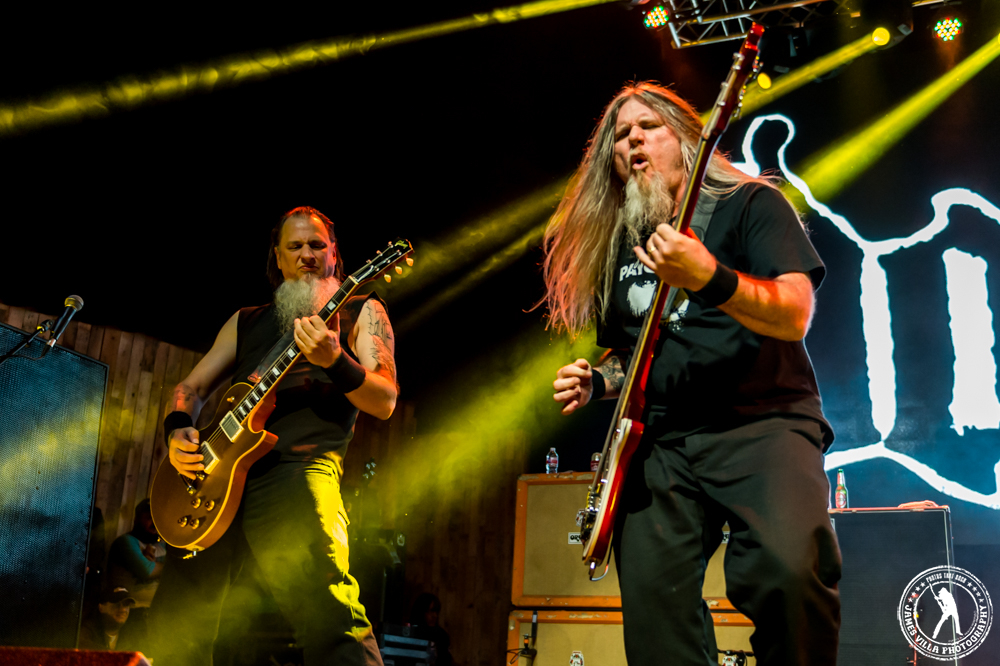 They next struck with a barrage of songs that included “We Knew Him Well”, before some mangled feedback from Keenan and Landgraf wound them into “Witchtripper”. “Sing it!” Anselmo commanded, adding that if anyone didn’t know it, they should learn it, “Just like high school.”

After another hard hitting song, Anselmo flat-out said Dallas is his second home; and while he lauded the efforts of the security personal for keeping things safe, he asked they just let some of the stuff fly, so long as there was no direct or intentional acts of violence. “If you see a circle pit, step back and enjoy it,” he asked of them, before switching topics to the current state of music. “…You don’t need costumes and big explosions. You just need good songs and personality,” he remarked before “Ghosts Along the Mississippi”. They didn’t get far before he stopped them, asking that everyone get into it one way or another, even if it was as simple as nodding one’s head to the rhythm. Landgraf then fired up the track again, playing a little too fast for Anselmo’s tastes, though the third time was a charm.

They did a great job of primarily focusing on the older stuff this night, so when they did mix in new songs, no one cared, like with “Sufferer’s Years”. During a break he had, Anselmo folded his arms and shook his head as he surveyed the crowd, almost like he was wanting more from the audience. Bower then started them off on “Pillars of Eternity”—a song that sent the fans into a bit of a frenzy; and after that came one of the most interesting things not only of the night, but that I’ve seen at a concert in general. 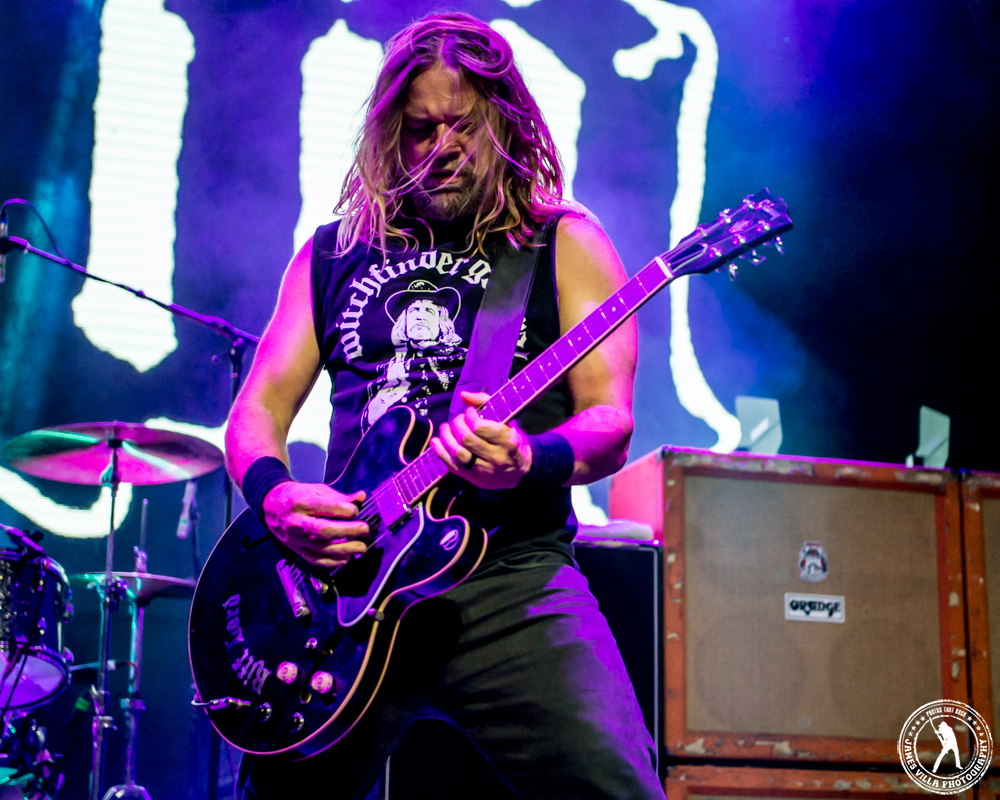 The crowd began to chant “DOWN!” repeatedly, and before he could get any further, Keenan got his attention to tell him Jesus was in the audience. Well, at least a guy dressed in garb that resembled him was. They got the guy on stage with them, leading Anselmo to sing just one line from “Jesus Chris Superstar” (that was entertaining), before Scott Shelby of the band Warbeast walked on stage. He had a “cigarette” that he passed off to Anselmo, who then gave it to the guy dressed as the Savior, who took several puffs of it. That was a sight I had never seen before, and I don’t expect I ever will again.

The show eventually concluded with “Temptation’s Wings”, which saw what I believe was a stagehand coming out dressed as Santa Claus, even giving a Santa hat to Anselmo to wear.

“If you want to hear some more, you know what to do,” the singer told everyone as they headed backstage.

They were gone for several minutes, but there was never any doubt that they wouldn’t be back. 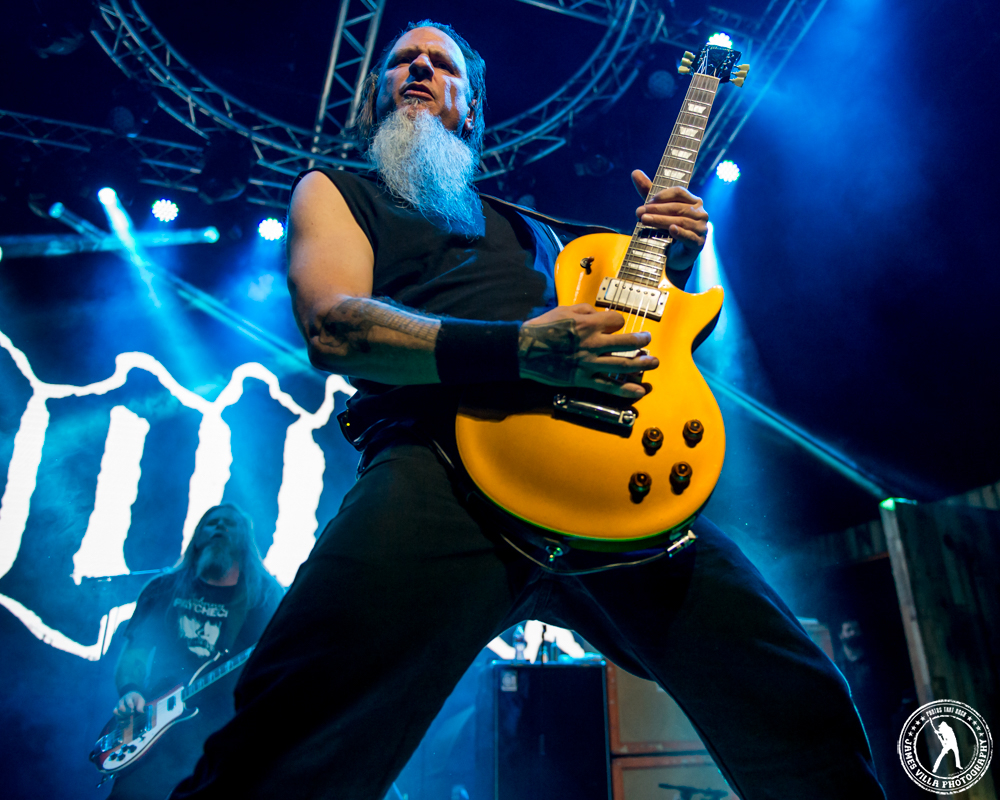 There encore was only three songs, yet spanned 29-minutes, first doing “Eyes of the South”, which prompted a massive pit to open up; while Bruders, Bower, Keenan and Landgraf killed it during “Stone the Crow”, being even more outstanding than they had been thus far this night. After giving the biggest, most heartfelt thank you he could muster, Anselmo and the rest of the band had a little fun doing a portion of “Rock On” by Def Leopard. “Sing with the old man,” he requested after saying they were going to “shove this song down your ample throats.” That song was “Bury Me in Smoke”, and it culminated with members from the two opening bands, Orange Goblin and King Parrot, coming on stage and taking over on the instruments, as it became one massive sing along.

It was certainly an unforgettable way to end things.

Down has been kicking for well over twenty years now, and while you could see the professionalism and tightness between them this night, the age never once seemed to be a factor. The performance is still energetic, even more so than a lot of younger bands these days; and those older songs, they’re classics and timeless ones at that. They still drew the biggest reaction from people this night.

As Anselmo said, all you really need is good songs and personality. Down has an abundance of both. Maybe that’s why they’ve made it this long, and it sure looks like they’ll be around for a long while yet.