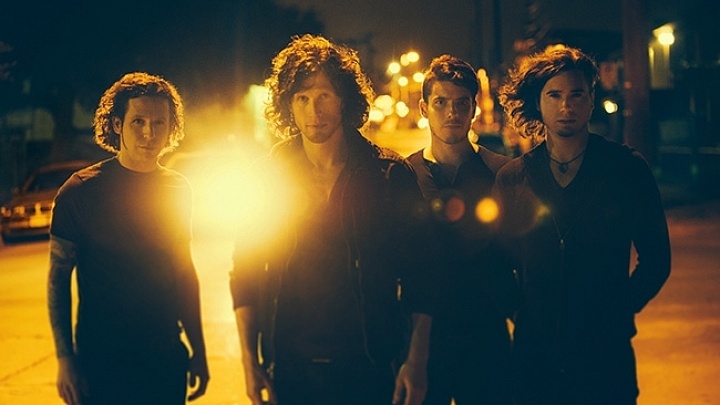 with Openers WOVENWAR and THANK YOU SCIENTIST 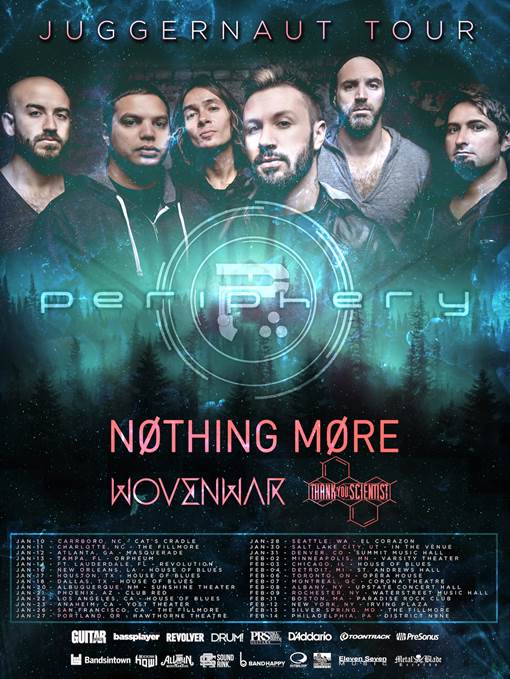 ALTERNATIVE PRESS, BILLBOARD and REVOLVER’s Band To Watch of 2014, NOTHING MORE, have signed on as direct support for Periphery’s North American tour, having just wrapped up a highly successful stint on the road with Five Finger Death Punch, Volbeat and HELLYEAH.

NOTHING MORE are supporting their second hit single from their self-titled Eleven Seven Music debut, Mr. MTV.  Their first single “This Is The Time (Ballast)” hung in at #1 for 3 weeks on the rock charts and their current hit is in the Top 25 after only a few weeks at the format.  Periphery is touring in support of their forthcoming album, Juggernaut.  The 4-band outing will start on Jan. 11, kicking off their five weeks on the road at The Fillmore in Charlotte, N.C.

Periphery guitarist Misha Mansoor states, “I first saw NOTHING MORE play in London after the Metalhammer Golden Gods awards and was instantly blown away by their performance.  I am so happy that we have the opportunity to take out such a unique and original band on our headliner.”  NOTHING MORE vocalist Jonny Hawkins adds, “We’ve been Periphery fans for a long time now – their recordings were a benchmark of quality when we were making our album and we are honored to be sharing the road with them!”

Hailing from San Antonio, NOTHING MORE is a four-headed musical hydra that runs on frenetic passion, unswerving DIY spirit and relentless sonic experimentation. Part schizoid System Of A Down weird-isms, part Mars Volta-esque prog rock freak out, part effortless pop nous; they seamlessly barrel from churning headbang to skyscraping chorus and back again in the blink of an eye. Capable of bombastic bounce that hits as hard as an uppercut to the jaw when they fancy it, the band is equally able to dial down the bluster into deft moments of crystalline beauty when the mood takes them. It’s a gut-punching blend made all the more powerful by a keen lyrical sophistication and philosophical undertone, which both belies their years and marks them out from their contemporaries.

Artist Direct goes to the heart of NOTHING MORE’s appeal, “(NOTHING MORE) indisputably stand out from their peers, yet they can enjoy mass consumption and unanimous radio play because they write intricately irresistible songs. The trick is they find that delicate balance between technical grandiosity and catchy palatability. That’s why they’re so important to rock music right now. They’re crucial to its future and how it flourishes in the same way that Tool, Deftones, and At the Drive-In were upon first debuting. Simply put, we need NOTHING MORE.”

The dates will be sponsored by PreSonus Audio Electronics.