Korn Gets Into the Halloween Spirit in Dallas 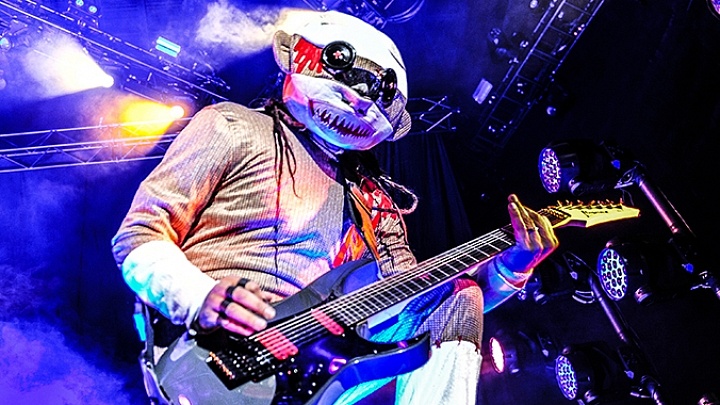 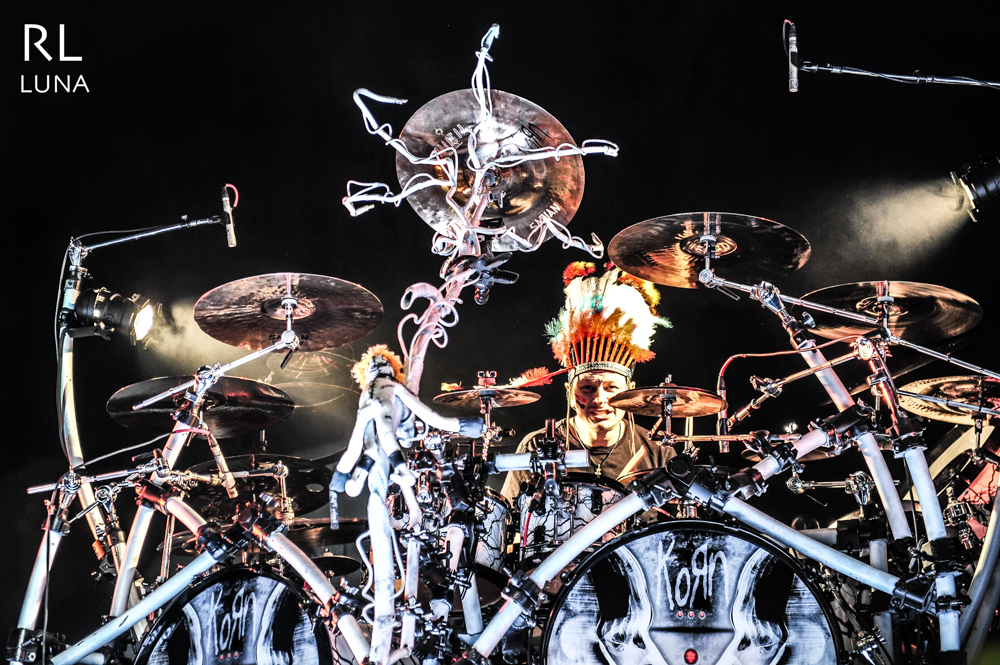 Korn had been charged with getting the crowd and stage ready for Slipknot; and it was right at 9 when the lights went out and the fans roared with excitement.

This may have been Slipknot’s Prepare for Hell Tour, though for Korn, this was their own little tour, as this month marked twenty years since the release of their debut album.

Their stage lighting flickered ominously as a haunting remix of “Twist” played. It seemed to fit exceptionally well since this was Halloween night; and the band fit the occasion, too, with Jonathan Davis having dressed as Where’s Waldo, while everyone else was in garb too. As soon as they took the stage, they began “Twist”, and the short piece acted as an excellent opener, appeasing fans as well as pumping them up.

“Here we go!” Davis shouted as they moved on to another lead track from a different album. “Here to Stay” started getting fans riled up, especially when the thousands of people were left to shout, “Anticipating all the fucked up feelings again!” Their nu metal sounds gave way to a little more standard metal with that track, as guitarists James Shaffer and Brian Welch churned out some heavier riffs while roaming about the stage.

Drummer Ray Luzier fired up “Right Now”, and had all eyes on him a couple of different times when he launched a drum stick into the air, sending it high up. “Good God” sounded just as angry this night as it did when it first recorded; and afterwards, a sea of rock hands was seen in the seated sections as well as the pit. The song that earned that response was the often melodic “Falling Away From Me”, and again fans were charged with singing a few of the lines.

The non-stop pace continued as Reginald Arvizu dropped some heavy bass riffs to start “Love and Meth”, which was one of a few new songs that was worked into a set that was primarily the classics. “Dallas, are y’all having fun or what?!” Davis asked at one point, being met with massive cheers. “That’s good. That’s what we like to hear,” he responded.

“Dallas, let me see your hands!” he requested during “Got the Life”, which was eventually followed by “Shoots and Ladders” (the audience went wild over the bagpipes at the start, and it was clearly a favorite this night); and when it was done, they bled it into “Hater”, a track that captures that classic Korn vibe.

Speaking of classics, “Freak On a Leash” started winding down their set (side note: I saw at least one woman this night dragging her boyfriend around by a leash). “It’s your turn!” Davis commanded right at the second line, again having the spectators sing the words to them.

“It has been an honor and pleasure to be back here playing for you…” he told the crowd, and no doubt many of them had seen the band just a couple months before when they stopped through on the tour they were a part of this summer. “…This is the song that twenty years ago started this fucker…” Davis stated, adding they had chosen to close with it this night. Welch, Arvizu, Shaffer and Luzier were already starting it as he continued to chat with the crowd before delivering that iconic line, “ARE YOU READY?!”

People were, and they really threw down to “Blind”. The extended outro the group tacked on really helped set the song off, bringing their 47-minute long set to a devastating finish.

Korn has been on the road a lot this year, especially on the festival circuit. August was the first time I saw them in 2014, and I was blown away by how on point they were. However, after catching them a couple months or so later in Louisville, Kentucky, you could tell the miles were catching up with them. By no means is that to say it was bad, but you could just tell they were more worn then.

They’ve had some time to recoup before this Prepare for Hell Tour, though, and it did wonders for them. They had just about everyone on their feet and completely immersed in the songs. It was a testament to a band that has enjoyed twenty years of commercial success. And this night, they really came off as more being a co-headliner rather than an opener for Slipknot.