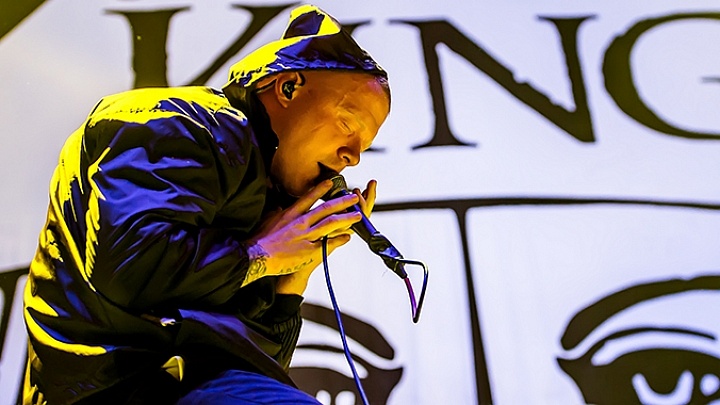 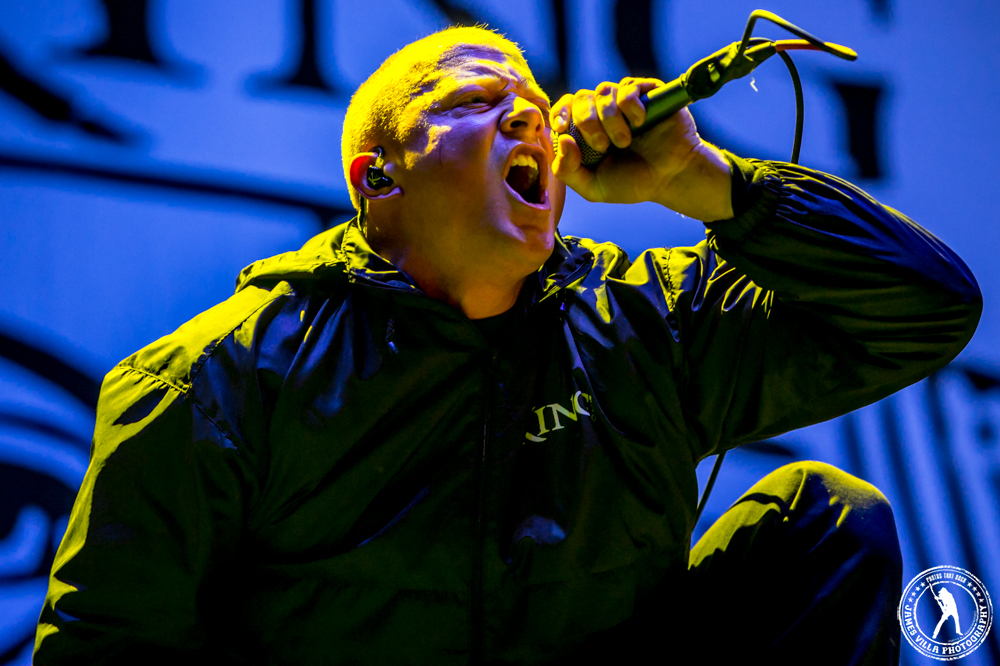 Those who showed up early to the Chesapeake Energy Arena to see Slipknot and Korn were treated to a performance from King 810; and by the looks of the stage, it was going to be an interesting one.

Some large chain link fences stood on either side of the stage, and just the way it looked, it was similar to an alleyway, with some graffiti here and there, too. As the clock struck seven, a montage of news clips began to play. The audio was all about different crimes that have taking place in Flint, Michigan, the city the quartet hails from. They then took the stage, and aggression was immediately seen and felt during “Killem All”, the lead track from their debut album, Memories of a Murderer. At one point, bassist Eugene Gill grabbed one of those fences, violently shaking it before pushing it down, and in the process, it sent a mic stand tumbling, too.

“We are King 810, from the most violent city in America!!!” shouted frontman David Gunn in the same semi-throaty, guttural voice he had been screaming in. The brutality continued with “Murder, Murder, Murder”, and while “Desperate Lovers” sounds liked it could have been a softer track, it was not. There’s no ballads with these guys, just more viciousness; and Gunn ended the track by kneeling on the stage, still holding the microphone stand as he roared into it. 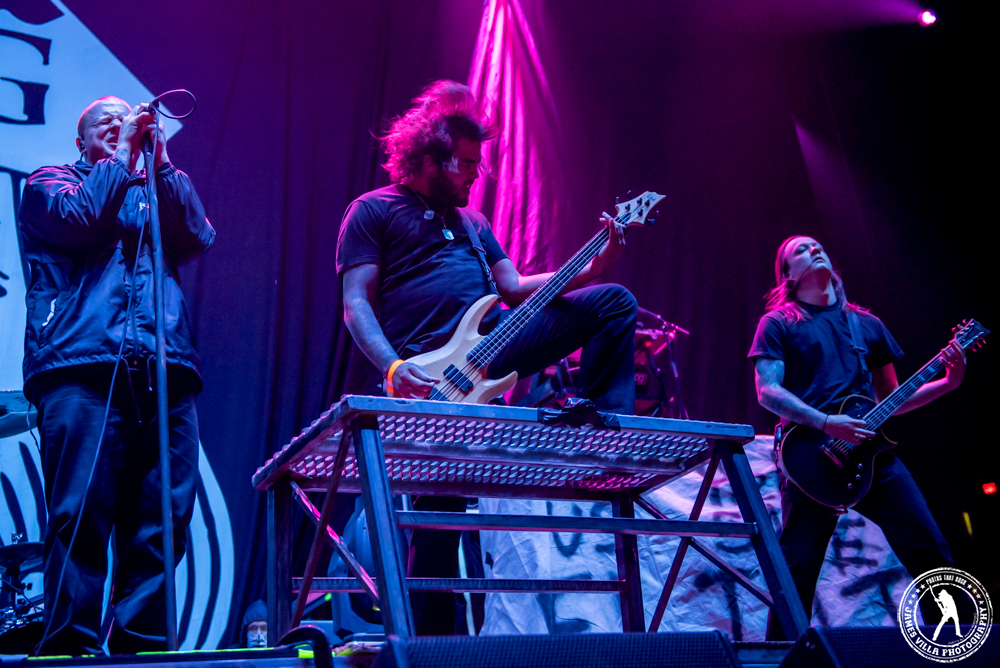 They were all about the music, just going from one track to the next, and after “Treading and Trodden”, Gunn did mention that they “don’t do too well talking.” He did thank both Slipknot and Korn for bringing them on the road, though, and being the only band to do so thus far.

Just like many of their other songs, “War Outside” sounded like it was inspired by the events taking place in their hometown, as was the final song of their 24-minute set, “Fat Around the Heart”.

No sooner had they finished it, then they retreated backstage, while the audience applauded their work.

Their live show made Gunn, Gill, guitarist Andrew Beal and drummer Andrew Workman seem like they had a lot of pent up rage, though that worked to the advantage of the live performance. It made things look and feel very raw, and it was perfect to thrash around to. I will admit that personally, music along these lines is far heavier than what I’m typically into, though I legitimately enjoyed King 810. It will be interesting to see what happens to them after this tour with Slipknot, because it will surely earn them a lot of new fans.