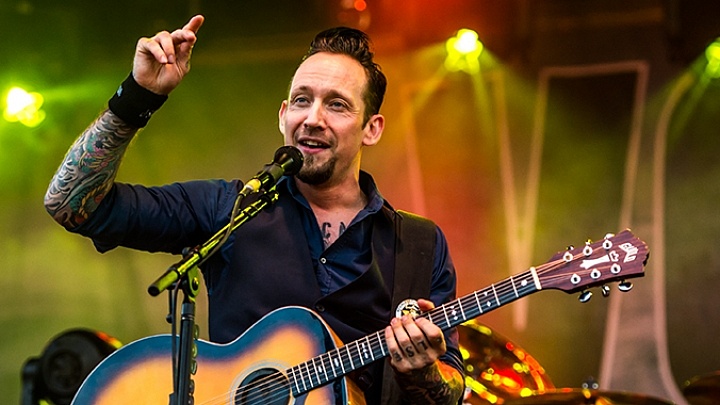 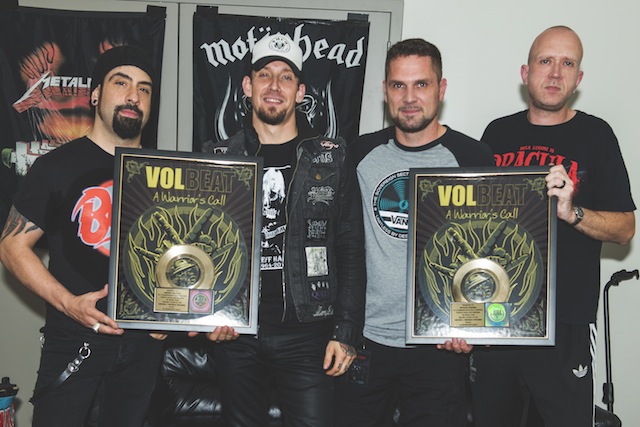 Volbeat’s “A Warrior’s Call” from BEYOND HELL / ABOVE HEAVEN (2010) has been certified gold for sales of 500,000 units by the RIAA. Volbeat singer and guitarist Michael Poulsen shares, “Jon, Anders, Rob and I are very proud of this acknowledgement. The fact that each and every sale is a gesture made by the fans that fill the venues, buy our records, and support rock music, this is truly meaningful. Thank you to each and every one of you. We share this moment with all of those that work on our behalf to support Volbeat globally, and with the fans who know Rock music is alive and well.”

Republic Co-Founder and C.E.O. Monte Lipman states, “Volbeat has fought hard to become one of the most important rock bands today. Their drive, determination, and amazing talent, continues to inspire us every day. We are thrilled with their success and congratulate them on this historic achievement.”

Volbeat is currently touring The United States on a co-headline run of arenas with Five Finger Death Punch. A full itinerary can be found here: www.volbeat.dk. The Danish quartet received their first GRAMMY nomination in the “Best Metal Performance” category for “Room 24” (Volbeat Featuring King Diamond) from OUTLAW GENTLEMEN & SHADY LADIES, and won Germany’s Echo Award for “Best International Alternative Act.” The band’s repertoire has become a staple at Active Rock radio cementing their relevance with eight Top 5 singles, five of which reached the pinnacle of #1. Overseas, OUTLAW GENTLEMEN & SHADY LADIES has been certified platinum in their home country of Denmark, alongside Germany and Austria, with gold sales in Finland.

Since forming in Copenhagen in 2000, Volbeat has released five studio albums and two live offerings that have turned the band into superstars, collecting platinum discs and prestigious awards making them one of the most talked about bands around the world. Their current release debuted at No. 1 in Denmark alongside Canada, Germany, Norway, Switzerland and Austria. The album saw a debut at No. 2 in Finland, No. 4 in the Netherlands and Sweden, and No. 9 in The United States. Volbeat is Michael Poulsen (vocals/guitar), Anders Kjølholm (bass) and Jon Larsen (drums), joined by former Anthrax/The Damned Things guitarist Rob Caggiano, who produced the new album with longtime Volbeat co-producer Jacob Hansen.