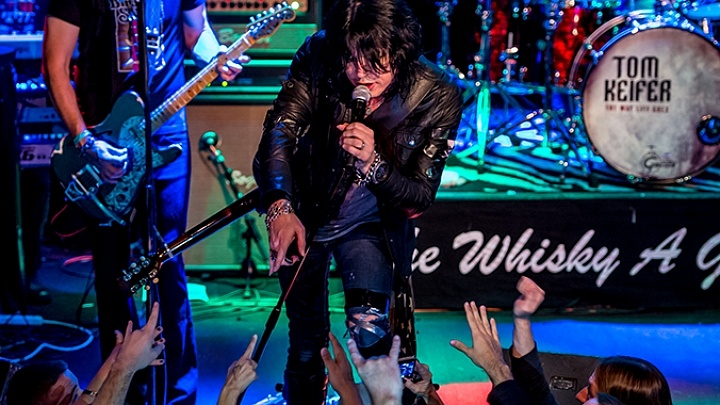 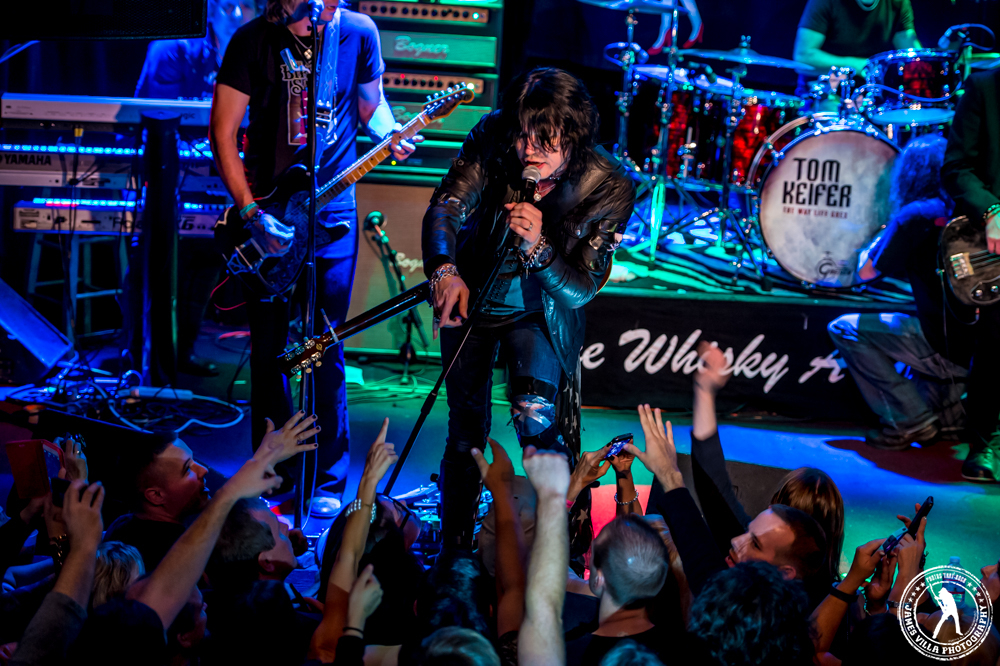 That’s exactly what I had the opportunity to do last night. Not only was this my first time shooting a show in L.A. but it was also my first chance to catch a show at the Whiskey A Go Go, a place that I’d only read about in books, a place that I’ve driven by on several occasions during my few visits to the West Coast but never had a chance to frequent. Once I made my way inside the feeling was intense, even though this was my first visit I somehow felt like I’d been here before it was a strange yet comforting feeling. As Tom and the rest of the band made there way down the stairwell directly above the ladies room the Sold Out crowd went wild.

As the opening chord for “Night Songs” rang out the scene was set and the fans let Tom know why they were there, spending their Sunday night with him. The band quickly transitioned into a couple of tracks from his solo album “The Way Life Goes”, “It’s Not Enough” and “A Different Light” both of which were well received by the audience. 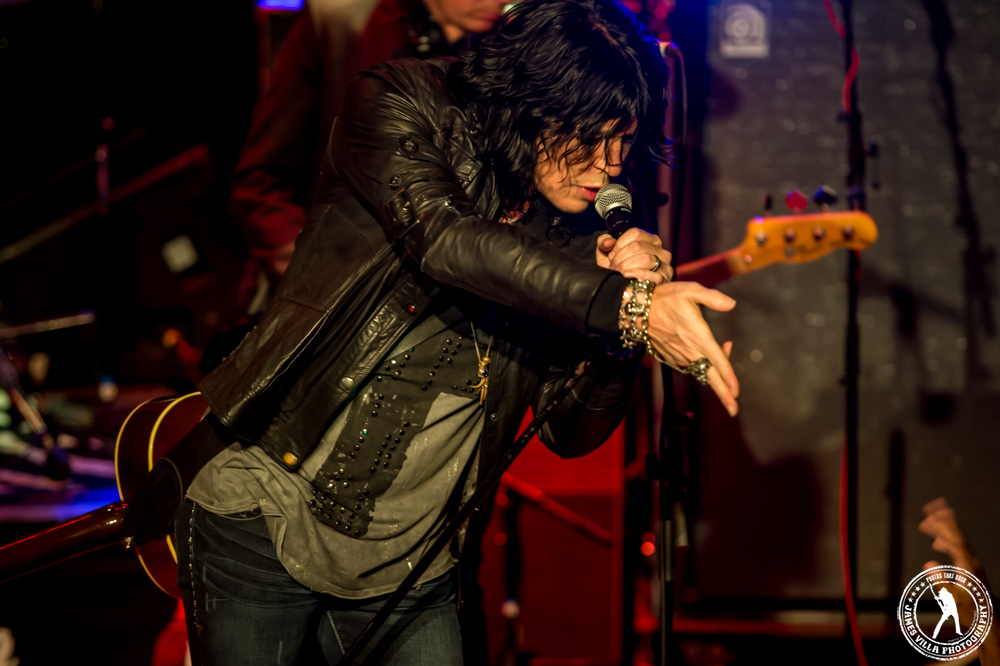 At this point Tom Keifer , guitarist Tony Higbee, Billy Mercer, and Paul Simmons where just getting warmed up, Tom ripped into a couple more from Cinderella “Somebody Save Me” and “Shake Me” followed by “Flower Song” and “Ask Me Yesterday” which the crowd seemed to be well versed in as a few more than willingly joined in on the sing along.

Tom graciously shared the spotlight with his beautiful wife Savannah for their duet version of “Don’t Know What You’ve Got (Till It’s Gone)”, the couple always make their exchange on stage seamless yet powerful. 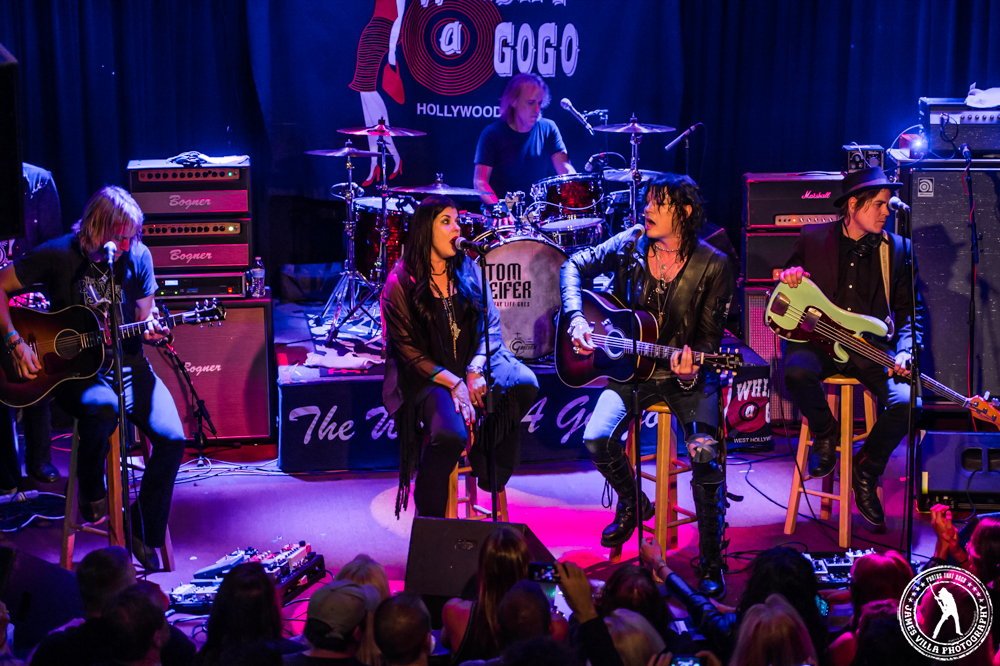 The highlight of the evening or at least what appeared to be the most anticipated song based on the crowds reaction was “Nobody’s Fool”, not only does the song reignite the crowd but Tom still seems truly engaged with the crowd while singing the song even after all these years. “Solid Ground”, “Cold Day In Hell”, “Coming Home” and another Cinderella classic “Shelter Me” closed out the evening set.

The band set their instruments down and it appeared as thought they were done for the evening, but the crowd wasn’t letting them get away so easily they shouted for the encore and it quickly appeared as though Tom would politely concede. 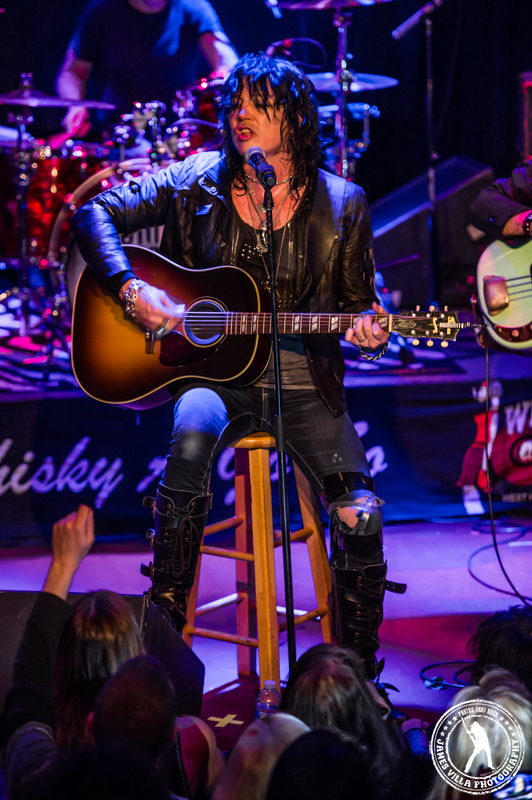 Tom came back on stage after a short break and rather than doing the expected and performing a Cinderella gem, he came out and performed a Beatles cover “With a Little Help from My Friends”, only then followed by “Gypsy Road” to close out the evening.

The eighty minute set was well executed with a nice selection from both Tom’s solo record and several classic Cinderella songs. Even though Tom made reference to the fact that the previous nights show in Phoenix had taken a toll on his voice. It was apparent that no one in the crowd, including myself noticed anything resembling Tom’s comments that evening. Closing out this leg of his current U.S. tour at the Whiskey was truly something memorable to see and hear, definitely an evening that those in attendance won’t soon forget.

With a Little Help from My Friends
Gypsy Road