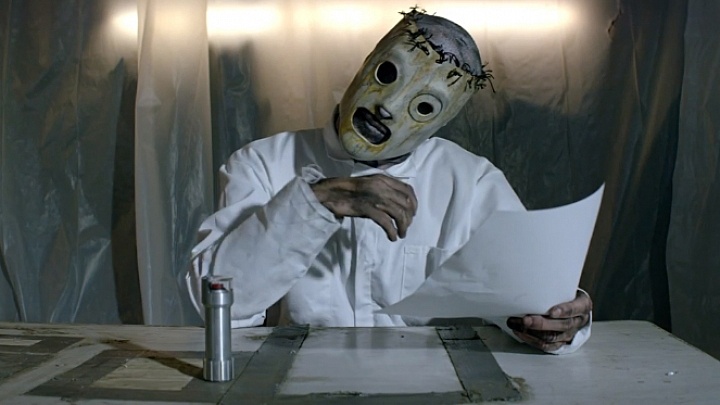 Your station is abandoned!

Today Slipknot revealed more than just a new video. They revealed their new masks and their new bass player.  It was just a matter of time before we would all know who the new bass player and drummer would be (the latter still remains to be seen), as usual all will be revealed in time.

It only seems fitting that the self destruction or final demise of their former band members Paul Gray and Joey Jordison should be showcased as they played a key role in the band and what better way to close this chapter then to incorporate those member in the reveal that will become the new Slipknot.

Slipknot’s “Prepare for Hell Tour” kicks off at this year’s Knotfest Festival in San Bernardino, California.  I’m sure by that time all of our questions will have been answered.