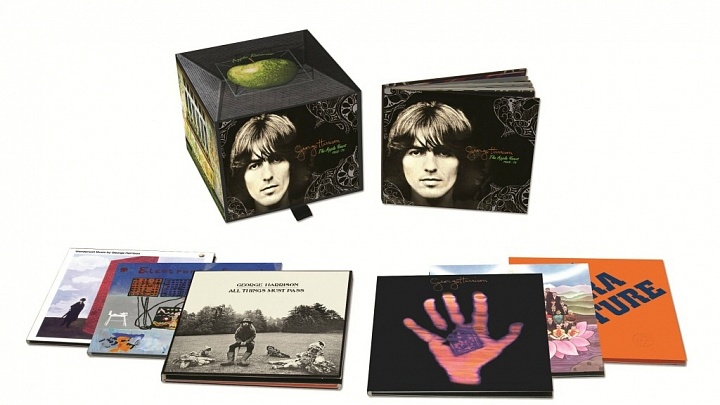 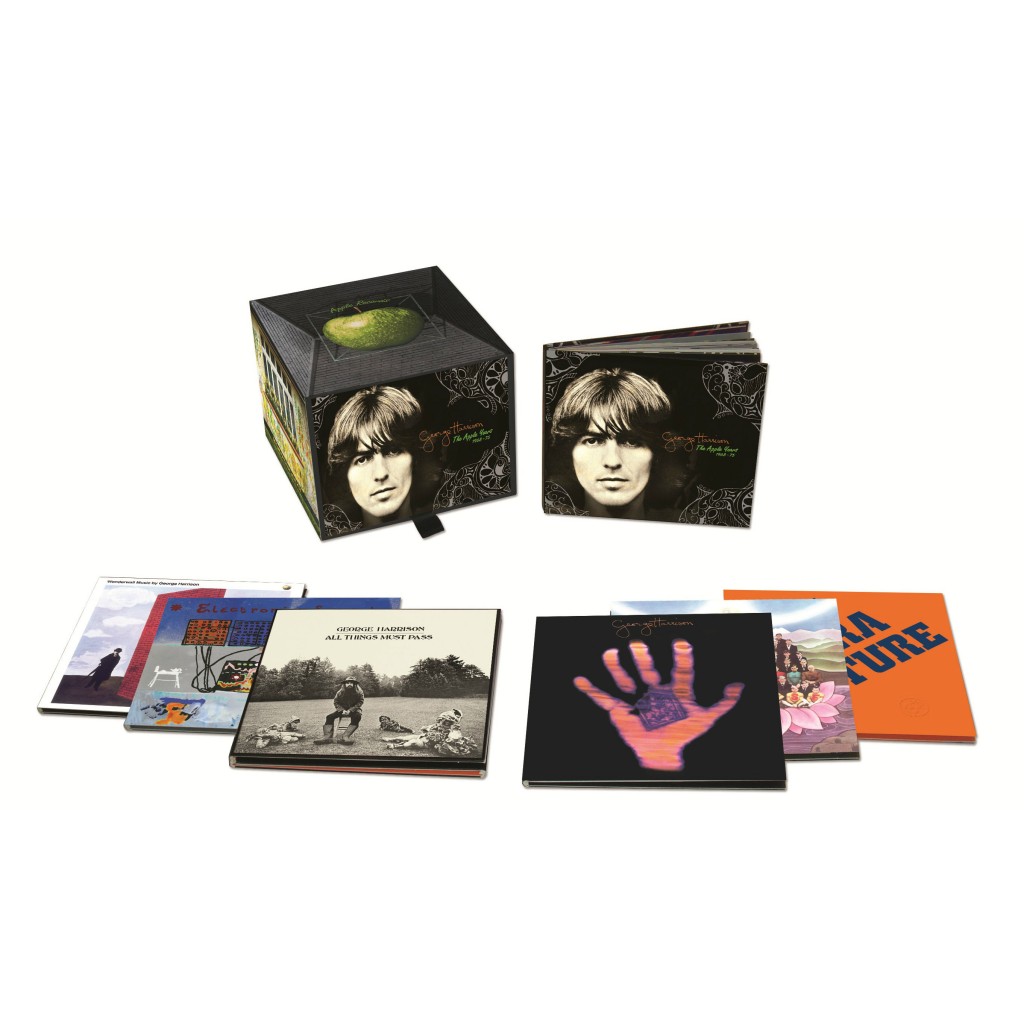 George Harrison’s first six solo albums, released between 1968 and 1975 on The Beatles’ Apple Records label, have been digitally remastered from the original analogue masters for CD and digital release on September 23 by Capitol/UMe. Wonderwall Music, Electronic Sound, All Things Must Pass, Living In The Material World, Dark Horse, and Extra Texture (Read All About It) are available now for preorder, both individually in digipaks and together within the deluxe, eight-disc boxed edition, The Apple Years 1968-75. Designed to complement Harrison’s 2004 collection, The Dark Horse Years 1976-92, the new box features an exclusive DVD with several video pieces, including a new seven-minute film with previously unreleased footage. The Apple Years box also includes an exclusive perfect-bound book with an introduction by Dhani Harrison, new essays by award-winning radio producer and author Kevin Howlett, and rare and previously unpublished images.

This project has been overseen by George’s son, Dhani Harrison: “I am so happy that what we started a decade ago by releasing The Dark Horse Years is now complete with the release of his first six albums as The Apple Years. Some of these records have long been out of print, and so I cannot wait for music lovers to get their hands on these newly remastered versions. It’s a very proud moment for us, and I would like to thank everyone who has helped us in any way to achieve this.”

Tags: george harrison•news•records•releases•remastered•solo albums•the beatles
OlderGas Monkey Live! to Open in Dallas, October 2014
NewerAFI set the pace as the opener during the Dallas stop of the Carnivores Tour