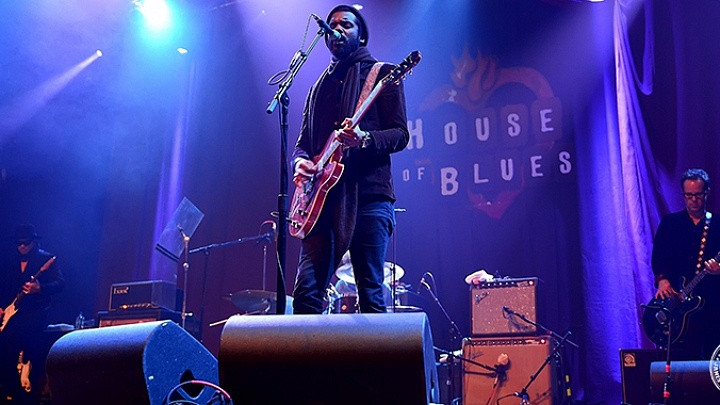 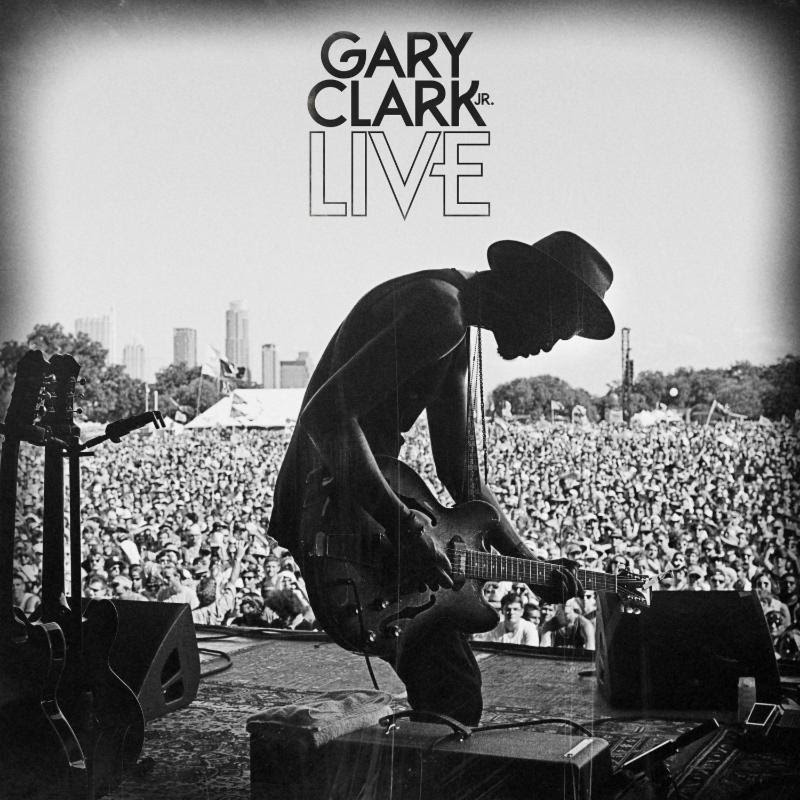 An occupational hazard of musical genius is categorization. Most humans, in the face of greatness crave sourcing. This desire can lead to labeled boxes impeding an evolving brilliance. Miles Davis began blowing big band tunes. Keith Richards, Eric Clapton and Albert King (to name but a few) started strumming Rhythm & Blues. The genesis of these deities is pertinent to history. Their legacies, on the other hand, could care less. This is why Gary Clark Jr. has built a young albeit decorated career on ground paved outside the categorical box. The previous three years saw the guitar hero and his band obliterate stages and stupefy audiences with pyrophoric play and clone consistency. Whether in a dark club or The White House, Philadelphia or Stockholm, alongside Alicia Keys or Mick Jagger, Clark and crew devoured and seduced entire audiences–fans walk away better for having been the feast. Ripe blues licks, syrupy grooves of R&B and b-boy beloved baselines over indigo lyrics overwhelm listeners so much that they attempt to spell the spirit, which Clark awoke in them tangible. Is he an old soul or the new soul? He is cosigned by Jay-Z and Eric Clapton, and has lit up Glastonbury, Coachella, Bonnaroo and halftime at the NBA All-Star Game. Legends have anointed him sole heir to the chordophone throne. But that voice! Exactly who on Earth is Gary Clark Jr.?

Clark’s Warner Bros. debut, the vivacious The Bright Lights EP, began answering that question in 2011. Orientation continued in 2012 with the full-length Blak And Blu. Though structured in format and delivery, both were musically amorphous. Gary Clark Jr.’s Epiphone screamed psychedelic blues and garage soul but you heard Atlanta’s Organized Noize down bottom, saw the silhouettes of Curtis Mayfield and Marvin Gaye in the pools of his pen’s ink. Yet, if you press the Texan to name his offspring, he’ll flatly answer with shrug in tow, “It’s all just soul music.”

Wrapping arms around the artistry of Gary Clark Jr. is an attempt at sorcery. It exists nowhere in particular, swimming in and out of vibes. Even on stage, Clark’s band performs without a net (set list), using audience’s energy as fabric to customize show sequences. The process is as reciprocal as it is spiritual. But for the 6’4 evangelist, it’s bigger than the word. The GCJ experience is not defined by a studio booth alone. Thus, this fall the artist whom Rolling Stone Magazine called “the Chosen One” offers a compromise via his first double album Gary Clark Jr. – LIVE.

Since a preteen who put aside drums, trumpet and piano to include six strings to his music arsenal, he has been entrancing crowds–whether in church, on 6th street or his old stomping ground, Antone’s. On his latest composition, the 30-year-old’s 10,000 hours for mastery is unequivocal with a swagger to match. Texas rap legend Scarface will be proud of Clark’s proclamation on “Ain’t Messin ‘Round”: “I don’t believe in competition. Ain’t nobody else like me around.” Then there’s Clark’s pen, which has a shape shifter’s talent for fitting big stories into short phrases. The song “Blak And Blu” supports this gorgeously; “When My Train Pulls In,” possibly more as Clark paints the inescapable frustration of living poor despite not touching economics.

The aforementioned track is where the mastermind-to-fingertips phenomenon blooms. Chord manipulations and note runnings shoot past each other, high and low, never clashing like a light show of comets. Then the string master graduates to full puppeteer, morphing his six-stringed tool into a screaming alto. Clark’s strum is so magical it nearly disguises his songbird–those shark grey vocals sing the prettiest hues of blue. On cuts like “Numb,” “Things Are Changin'” and the Grammy-award winning “Please Come Home,” diamonds can be heard falling from the speakers.
Gary Clark Jr. – LIVE is clearly a collection of Junior’s brightest global exhibitions, but more valuably one of the richest live albums in recent decades. Clark has the incomprehensible ability to fuse genres, distort styles then blend them, all to serve up his own black fruit punch. Witness “Catfish Blues” which alchemizes the mud of the Mississippi Delta with the hip-hop swagger of The Marcy Projects.

He approaches the endangered art of improvisation with a subtlety and homage. Only Clark would add the bottom of the Jackson 5’s “Can You Feel It” baseline to “Ain’t Messin’ Around” or reheat his “Next Door Neighbor Blues” with dashes of Sly Stone, Bo Diddley and RZA. It ain’t clean eating, but still purist catnip.

The biggest misconception about Miles Davis is that he’s the pioneer of electric jazz; Jimi is the godfather of electric guitar distortion (check out Willy Johnson from Howlin’ Wolf’s band a year earlier for proof). John Coltrane was certainly determined to go further than the limitations of his instrument but these accomplishments should be acknowledged more as milestones than definition. Masters like Miles, Dr. Dre, Coltrane and Gary Clark Jr. are essentially decades of musical evolution in the human form of genius. These days, they hatch maybe once per decade, but the moment they first greet your ears, you’re reminded of who they are and were. They step on stage without a set list and tell complete strangers, “You’re gonna know my name by the end of the night.”

Gary Clark Jr. Live (disc 2)
Ain’t Messin’ ‘Round
If Trouble Was Money (Albert Collins)
Third Stone From The Sun / If You Love me Like You Say (Jimi Hendrix / Albert Collins)
Please Come Home
Black and Blu
Bright Lights
When The Sun Goes Down

Gary Clark Jr. LIVE is available for pre-order now. Those who choose to pre-order in any format will receive an instant download “When My Train Pulls” (live). Both the physical vinyl and CD are available on Amazon, GaryClarkJr.com or digitally on iTunes.