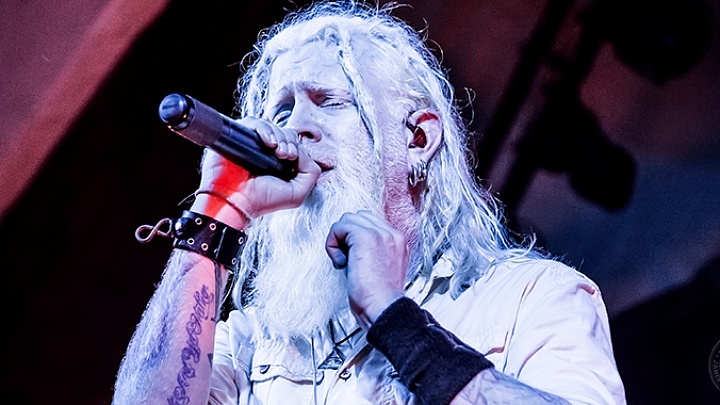 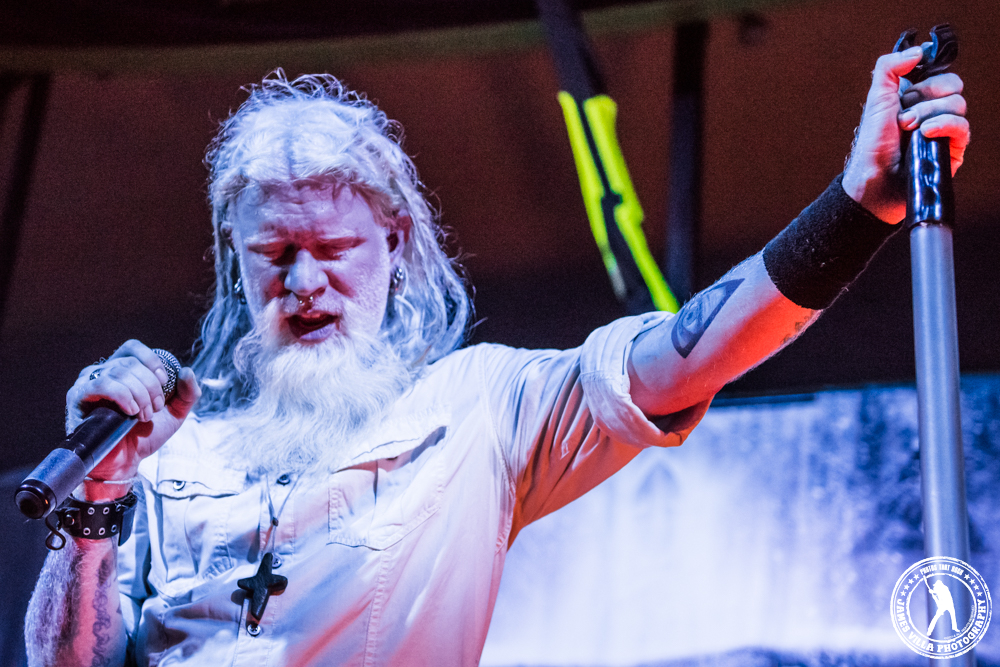 The fact that Gemini Syndrome was down a member (Rich Juzwick was absent while taking care of personal matters) didn’t hinder them a bit at their show at Cain’s Ballroom in Tulsa.

The four-piece hit the stage strong, opening with “Resurrection”; and they found their groove instantly. Brian Medina was throwing drumsticks into the air left and right (or so it seemed), and was often smiling at both his band mates and the audience.

“…I’m guessing every single person here is like myself, and have something you don’t like about yourself…” frontman Aaron Nordstrom remarked before “Basement”, giving a very serious turn to the rock show, as he stressed that those differences should be embraced, because they are what makes everyone unique.

They continued powering through their intense set with several other tracks from the Lux album; and bassist AP and guitarist Mike Salerno picked up any and all slack that there might have been without the presence of their other band mate. Nordstrom even played guitar on one song; while “Stardust” and “Pleasure and Pain” — their final two songs — drew the largest reaction from fans, many of whom were more than happy to sing along.

Their show dynamic was great and they executed things at a non-stop pace, all of which serves as perfect proof as to why Gemini Syndrome is becoming a band to keep your eye on.