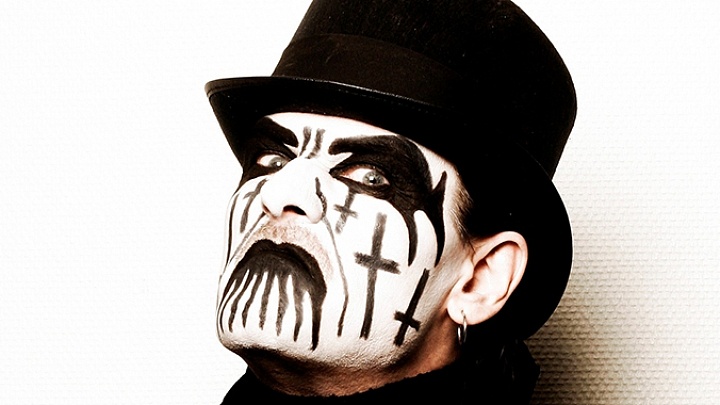 King Diamond has confirmed what has been rumored for several weeks: the band will return to North America for a full tour this Fall! The tour will wrap up with the previously announced performance at Fun Fun Fun Fest in Austin, TX, and begins on October 11 in Atlanta, GA. A limited edition King Diamond jacket will be available through the http://www.showstubs.com/ fan club presale, which begins tomorrow, June 24th. Tickets will be on sale online and at box offices nationwide on Friday, June 27th.

King Diamond will be joined on stage, of course, by long time band members Andy LaRocque, Mike Wead, Hal Patino, and Matt Thompson. Additionally, North American fans will be bearing witness to the band’s full European festival stage show. These will be the most ambitious and largest productions in North America in the band’s entire history. A special guest supporting act for the tour will be announced at a later date. 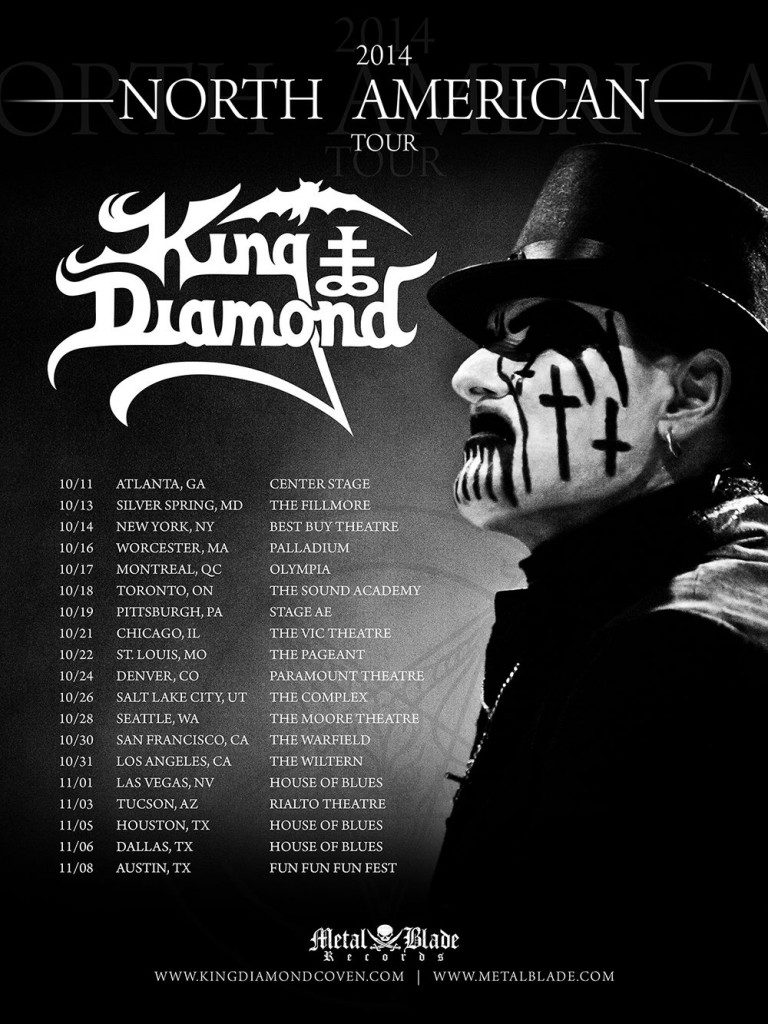