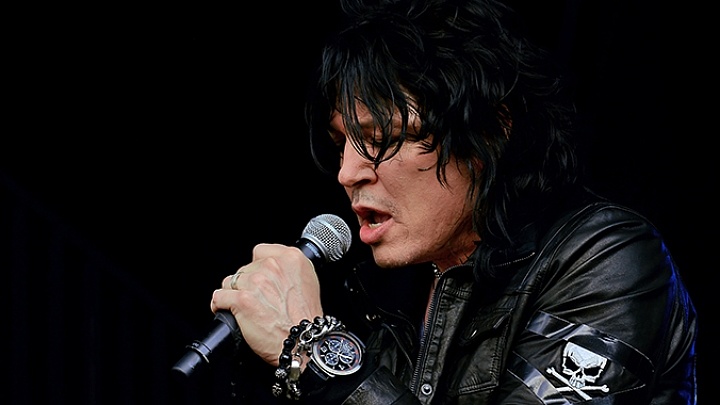 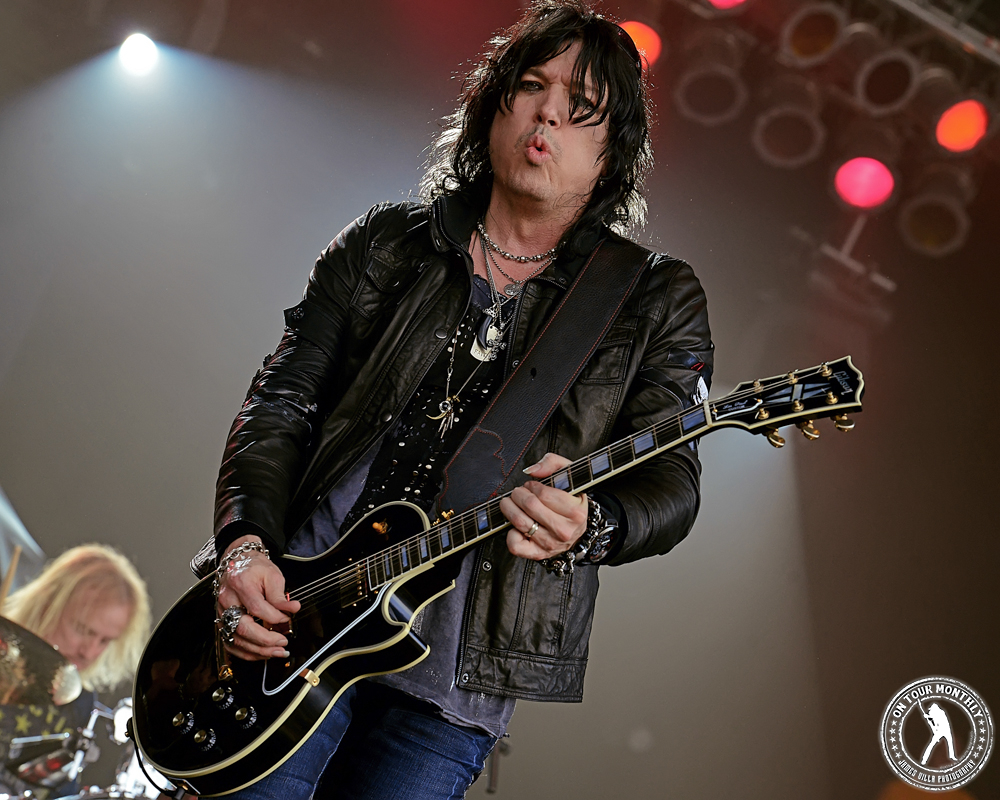 By the time the final day of Rocklahoma rolled around, the festival had already proven that one of their strongest suits were mixing the new with the old, as hard rock and even some heavy metal collided with classic rock. One of those classic rockers happened to be Tom Keifer of Cinderella fame.The veteran musician is still touring in support of last year’s “The Way Life Goes” — his first solo release — and while tracks from that album were showcased, it was the songs that everyone was bound to know that received the most attention. As most people probably know, Keifer has suffered a series of vocal issues over his career, and came face-to-face with the fact that he may never sing again. Of course, he’s rehabilitated his vocal chords since all those setbacks; and as the heavy riffs that begin “Night Songs” filled the air, and Keifer opened his mouth, you never would have guessed he had ever had in trouble. His growly voice was still intact as he transported the multitude of people back to the 80’s with his voice that was clearly born out of that era. 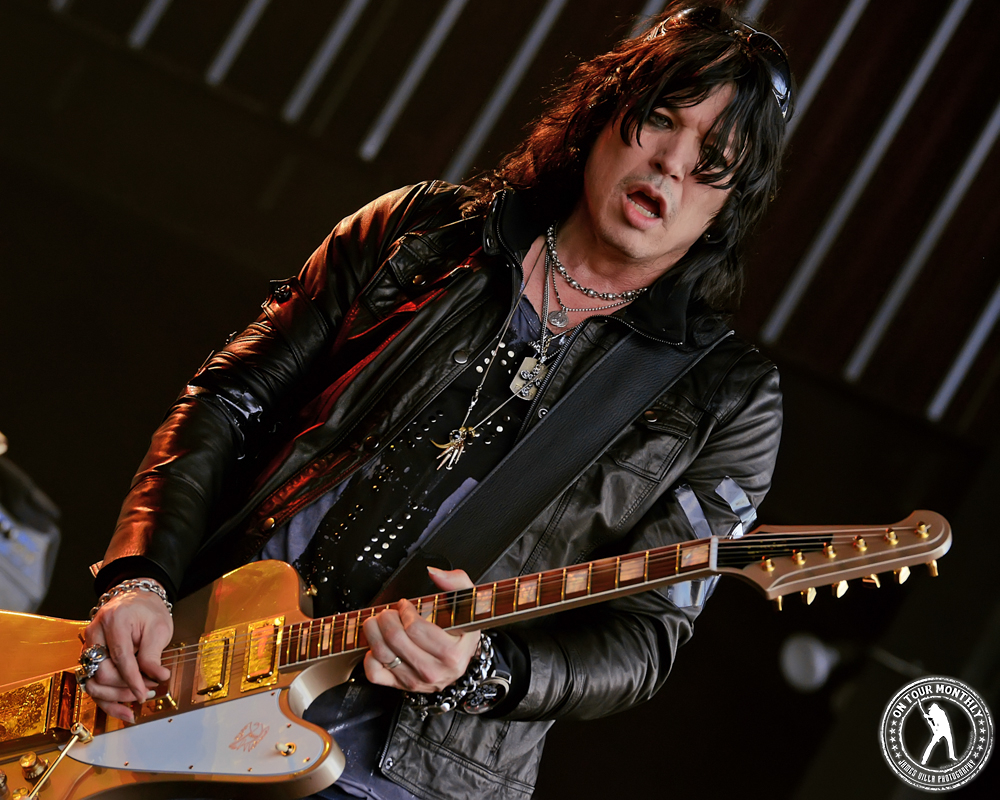 He and his band rolled it right into one of his newer tracks, but while “It’s Not Enough” is new, it still has that classic rock vibe, and the crowd seemed very receptive to it, soaking in the glorious licks he and his band mates were making on their instruments. They then dove back into the past with “Somebody Save Me”, which was one of the standout songs of the 44-minute long set. The keys at the start of it sounded excellent, and there were times that the guitars had some very cool operatic sounding tones, which really got your attention.“It seems like we’re having some technical difficulties. Can y’all here my guitar out there?!” Keifer, who was now wielding an acoustic axe, asked the crowd. The question was met with a roaring response that it did indeed sound good out there, and he promised another that everyone would know. The song he spoke of was Cinderella’s most successful single, “Don’t Know What You Got (Till it’s Gone)”. It’s one of those songs that’s really just timeless, and even now, in front of a crowd that boasted plenty of people who weren’t even alive when the song was released, you couldn’t help but to be moved by the song that is so raw and honest, dealing with redemption. Making it even better was the fact that his wife Savanna Snow joined him, making at least half of the track into a gorgeous duet. Those wanting the rock version weren’t disappointed, though, and when Keifer handed his acoustic off to a stage hand, he threw his arms in the air, egging on the crowd, before getting an electric guitar back. 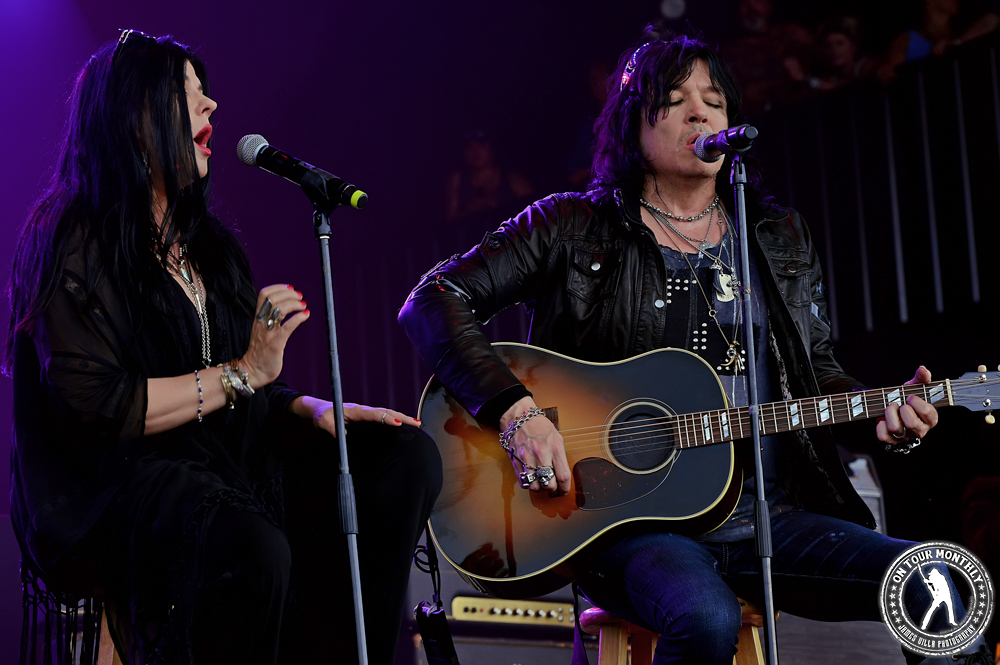 He didn’t have that guitar for very long before ditching it, acting solely as a frontman on “Nobody’s Fool”, which fans made into another sing-along. A clap-along was started at the beginning of “Solid Ground”, which was the last track from his solo album Keifer had put into the setlist this afternoon. The two backing female vocalists (which included Savanna) were best utilized on “Shelter Me”, and the entire song sounded superb. “We’ve been friends for thirty years, right?” Keifer asked, to which the audience shouted back at him. “Well, this song goes out to you.” he said very humbly. They started winding down with a cover song, and they gave The Beatles’ “With a Little Help From My Friends” a completely new spin. Actually, if it weren’t for the lyrics, you wouldn’t have known what song it was, because they had tweaked it so much to fit their style. That’s a good thing, though, because they left their mark on it.

The job of closer fell to “Gypsy Road”, which created a magical moment between performer and fans, as much of the crowd sang right along with Keifer.
All of that made for a very memorable set, and one of the best of the day. Hell, it was probably even one of the best of this Memorial Day weekend.Through all the hardships he’s faced, Tom Keifer has met them head-on, and based on the performance this day, he’s come out stronger on the other side.