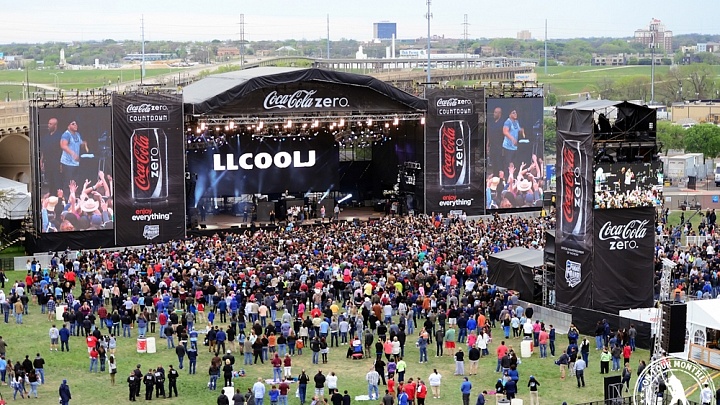 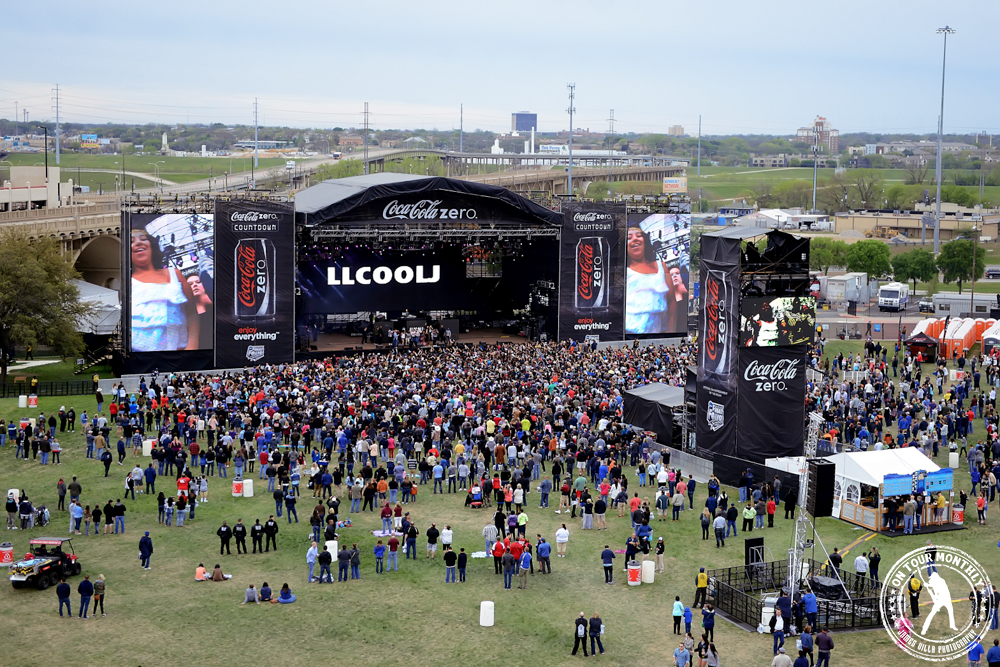 Day two of the March Madness Music Festival (which was the Coke Zero Countdown) didn’t have quite as good weather conditions as the day before had. That would keep attendance numbers down, but it didn’t stop those diehards from coming out to the old grounds Reunion Arena once stood on, to see what was the most eclectic lineup of this festival.

Why was it so eclectic? Well, LL Cool J was the opening act of the show, getting started earlier in the afternoon.

When it comes to rap music, due to personal preference, I’m not much of a fan. But when it comes to seeing one of the greats like LL Cool J, there was, of course, some excitement in the air, even if some of the people here were already staking out their spot for Tim McGraw, who would play after. 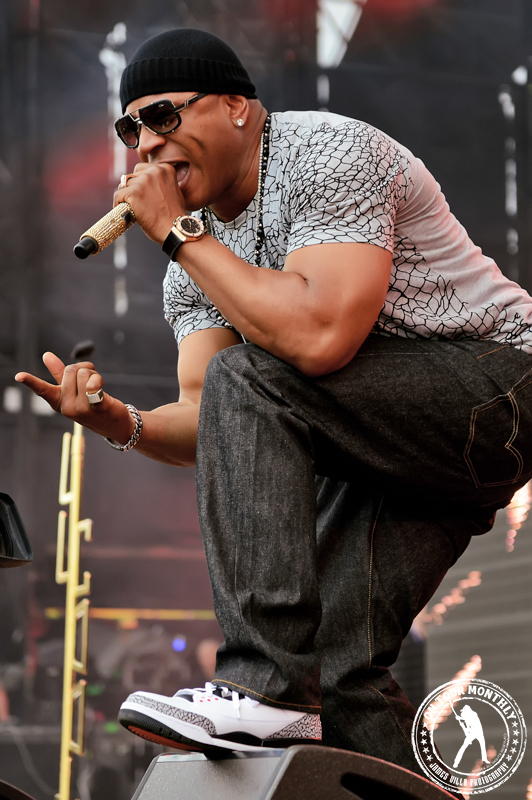 He played a variety of hits spanning his entire catalog like “Going Back to Cali” and “Jack The Ripper”, which was a highlight. Of course, it wouldn’t be a LL Cool J show without “Mama Said Knock You Out”, which, regardless of if you like rap or not, is one of those songs everyone knows. And during this fast paced and vibrant 45-minute long set that saw him bringing several fans on stage to dance along at one point, LL Cool J demonstrated just why everyone should know these songs.

So, with the rap portion of the show over, obviously the logical change would be to go to country music, and who better to provide that than Tim McGraw.

This wasn’t the sold-out stadiums McGraw often plays, which worked well for fans, who got almost an intimate show from one of country’s best known modern acts.

He and his band powered through 18 songs in all, beginning with “Where the Green Grass Goes”, and with that, he had instantly ensnared all the fans. “How Bad Do You Want It?” came early on in the set and further pumped up the crowd who had already been singing along to every word of the songs thus far. 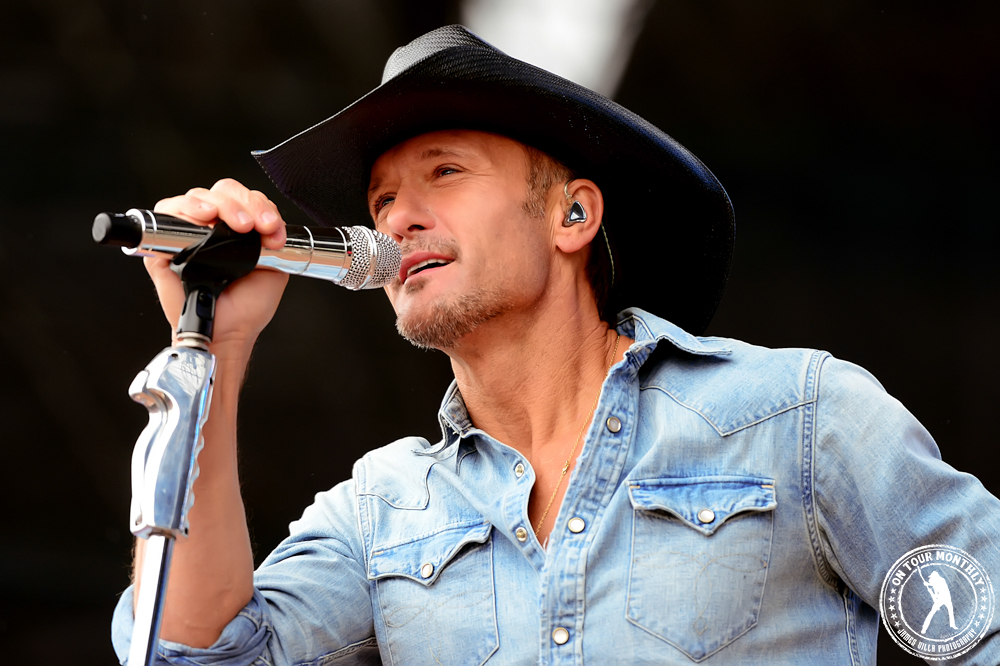 Some of the songs were even tweaked for the live performance, with the band giving an R&B vibe to “Something Like That”. However, in a set that featured the likes of “Live Like You Were Dying” (you can’t say that’s not a moving song), there were also some, shall we say, less meaningful moments, like the closer, “Truck Yeah”, which often seems corny, though fans didn’t mind, and enjoyed it for the anthem it can be.

All the same, there’s no denying that McGraw held the crowd in the palm of his hand during the entire show, and there were even a group of young ladies hoping to have a chance at getting up close and personal with him, each of whom clutched a rose they intended to present him with.

There were a few hours in between McGraw’s set and the final band, giving everyone ample time to get some food or grab some drinks, while more people poured into what I guess you could consider a park, though the colder temps still kept many people inside their homes where it was nice and warm.

The rest of the night belonged to the rockers and The Killers, who had just played a semi-secret show at the House of Blues just a couple nights prior to this, were bringing day two to an end.

I’m sure some of the people here this night had also caught that other show, but that didn’t mean they were any less excited at the prospect of seeing The Killers so close together, not to mention not having to pay a cent for either show. 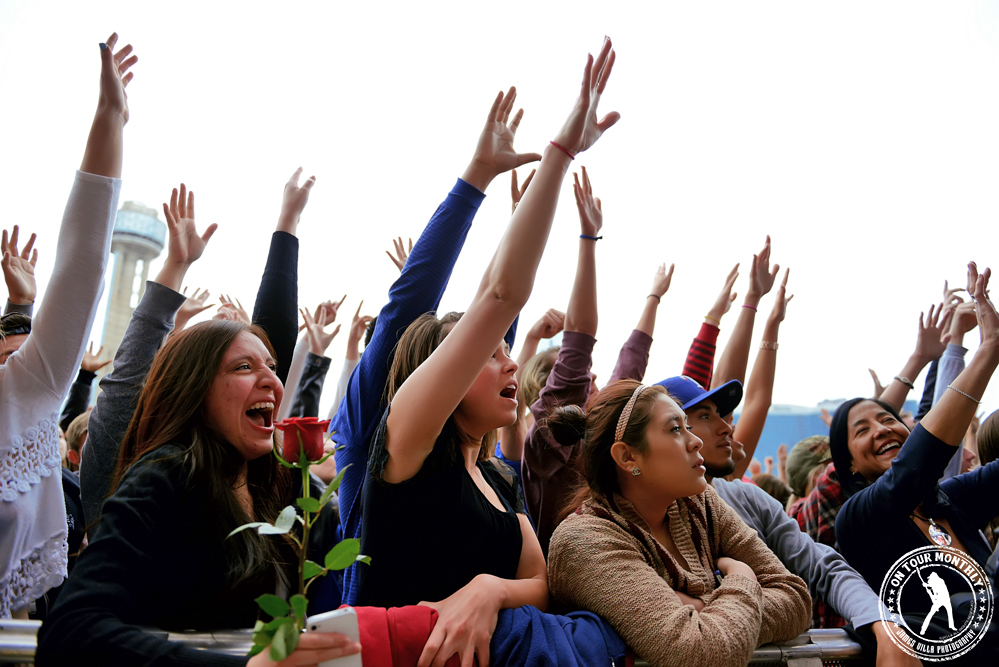 They brought the energy and sing-along songs, even catching everyone a little bit off guard by opening with “Mr. Brightside”. You seldom see a band knock out their biggest song right off the bat like that, but the gamble paid off well, and they’re one band that fans will stick around for no matter what, and not just waiting to hear “that one great song”, before bailing.

“Smile Like You Mean It” was another one that had droves of excited fans shouting along, and the band even did a excellent cover of Tommy James & The Shondells “I Think We’re Alone Now”. In all, they offered up fourteen songs that spanned all four of their LP’s, and after the main set ended, they returned for a two-song encore, capping the night off with the brilliant “When You Were Young”.

Just by looking at it, you would have thought, “What were they thinking when they assembled this bill?!” However, it worked. The rich diversity may not have been in everyone’s taste, but the true music lover could really appreciate it. Besides, how often will you ever get to see LL Cool J, Tim McGraw and The Killers share a stage? My guess is this was the only time that will ever happen.