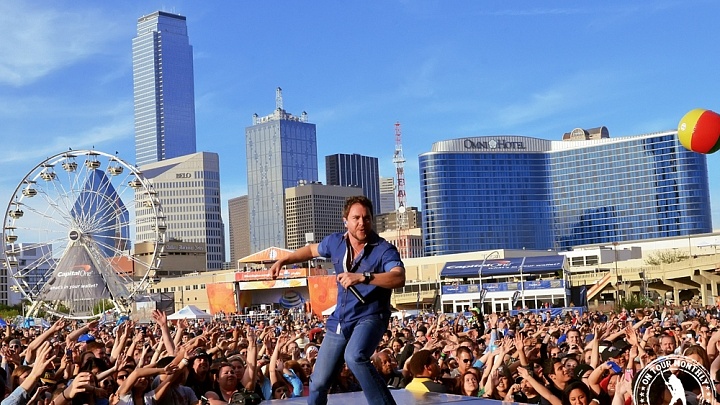 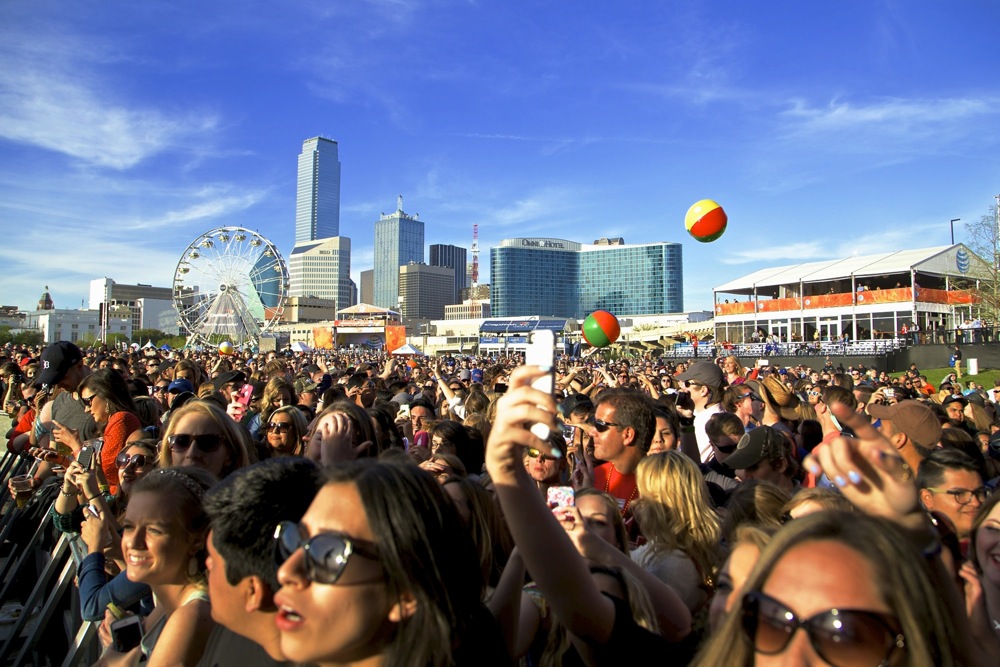 With the NCAA Final Four coming to Dallas, so too was the March Madness Music Festival. It was three days of free music, and since each day had different corporate sponsors, it allowed them to get some big-ticket acts. This first day (the AT&T Block Party) had a country theme, and Jack Ingram was one of a couple bands on the bill with Texas roots.

The crowd was healthy, considering it was around 3:30 in the afternoon when he kicked off his set, though not massive by any means. Still, both he and the fans had something that no attendees on the other two days would really get: the sun.

It was a nice day on the empty field that once housed Reunion Arena, and those who had made it out early enough did enjoy the country-soaked, rock-tinged songs Ingram played for them. He even added a bit of a storytellers vibe to it, by recalling his first show at Adair’s Saloon (circa the early to mid ‘90’s) down in the Deep Ellum part of Dallas, where he was paid in free beer and a burger. That may not be much now, but as he thought back to those simpler times, you could tell he thought that at the time he was doing well with a paycheck like that. 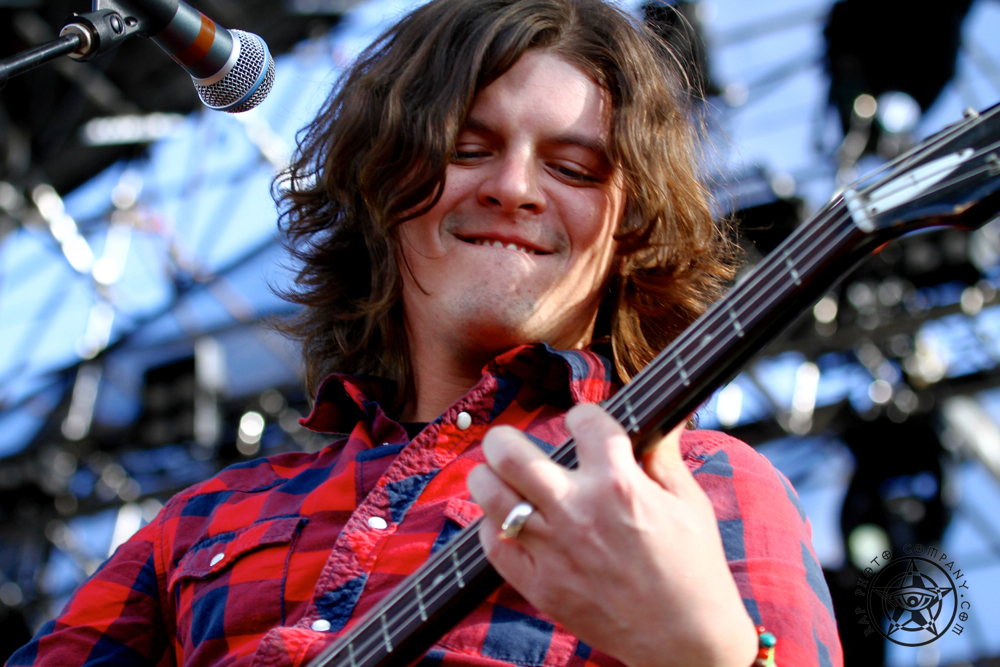 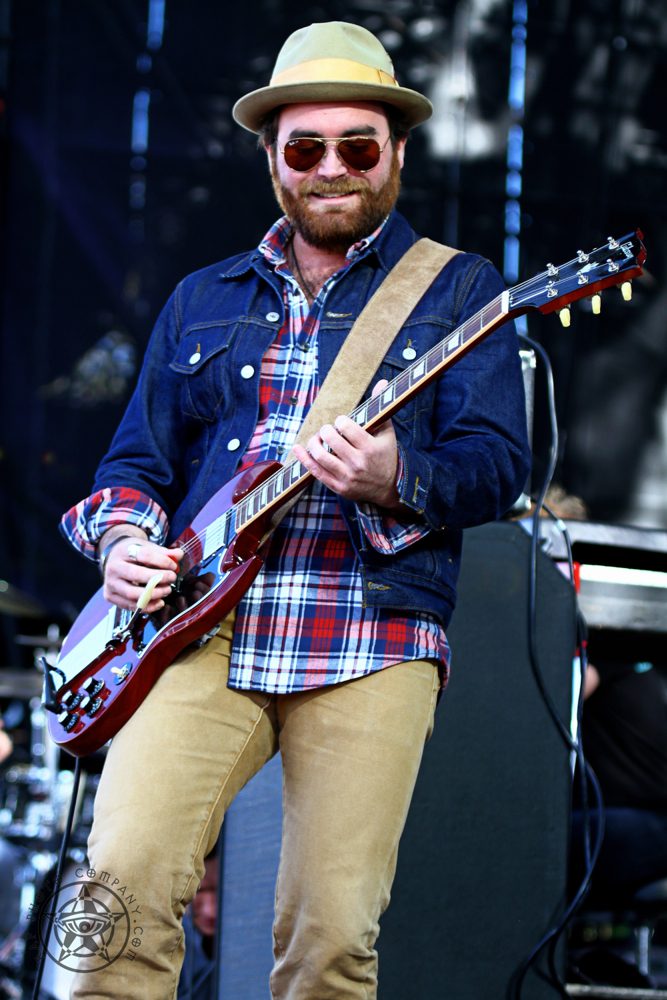 Not every member of The Wild Feathers hails from Texas, but most of them do (Preston Wimberly spent his younger years right up the road in Richardson). Considering the quintet is only entering their fourth year as a band and as but one record to their name, you might wonder he they even landed a high-profile gig like this. Once you see ‘em, you understand, though.

They’ve crafted a fine mix of rock, country and even some blues elements that seemed to set well with those who had gotten there early. Let’s not forget about the vocal harmonies, either, all of which showed that not only are The Wild Feathers a force to be reckoned with, but they are also a rising star in the music industry that you need to keep an eye on. 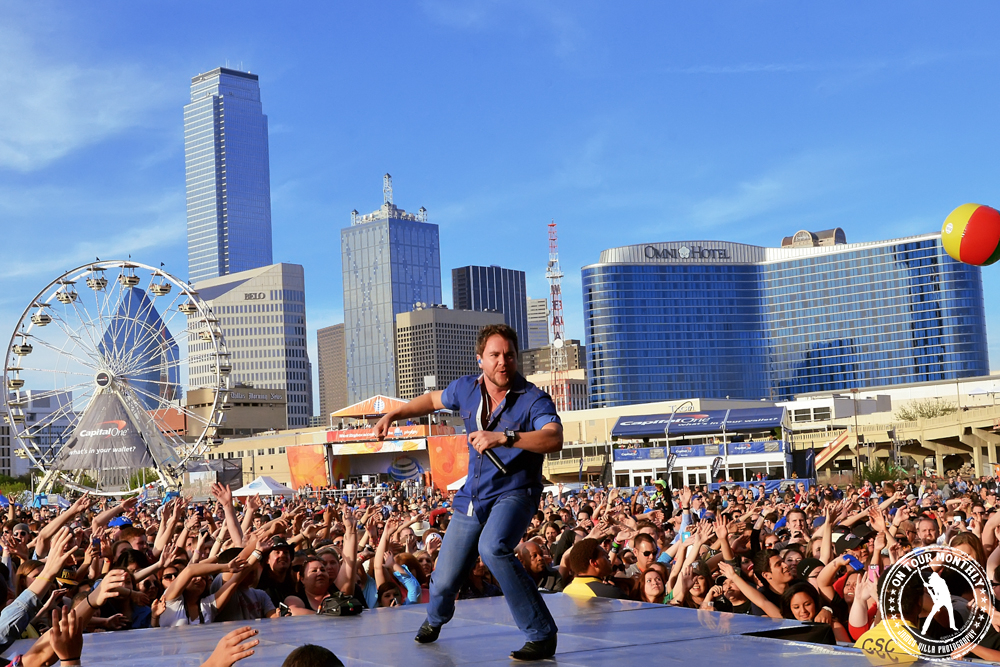 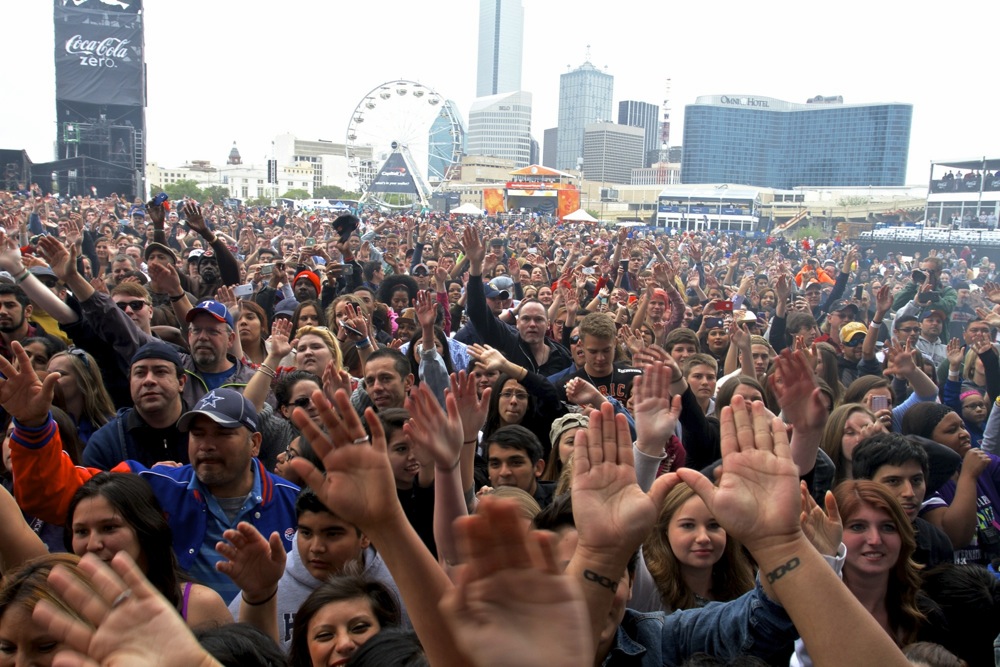 They day really got going once the Eli Young Band — who cut their teeth in their hometown of Denton and other places around Dallas— took the stage.

They delivered an overwhelmingly impressive set that had 100% of everyone’s attention. The presence and energy they packed into it was really astounding, and frontman Mike Eli clearly knows how to work a crowd. Judging by fans reactions, “Crazy Girl” was a highlight of the night, and the sing along portion that came later in the song filled the crowd with sheer delight. They even thew in a rousing cover of Lynyrd Skynyrds’ “Gimme Three Steps”.

Whether you had been out here since the gates opened, or you had done your duty at your place of work and then came down here, The Eli Young Band left you feeling revitalized and sufficiently warmed up for the headliner. 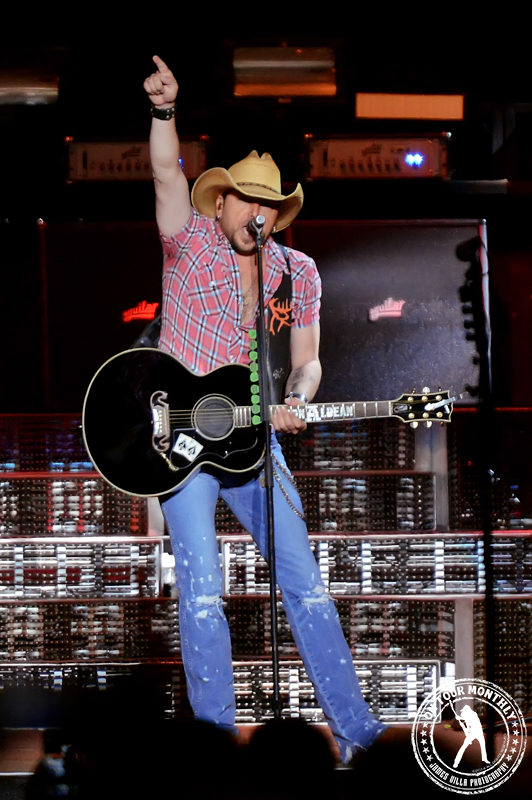 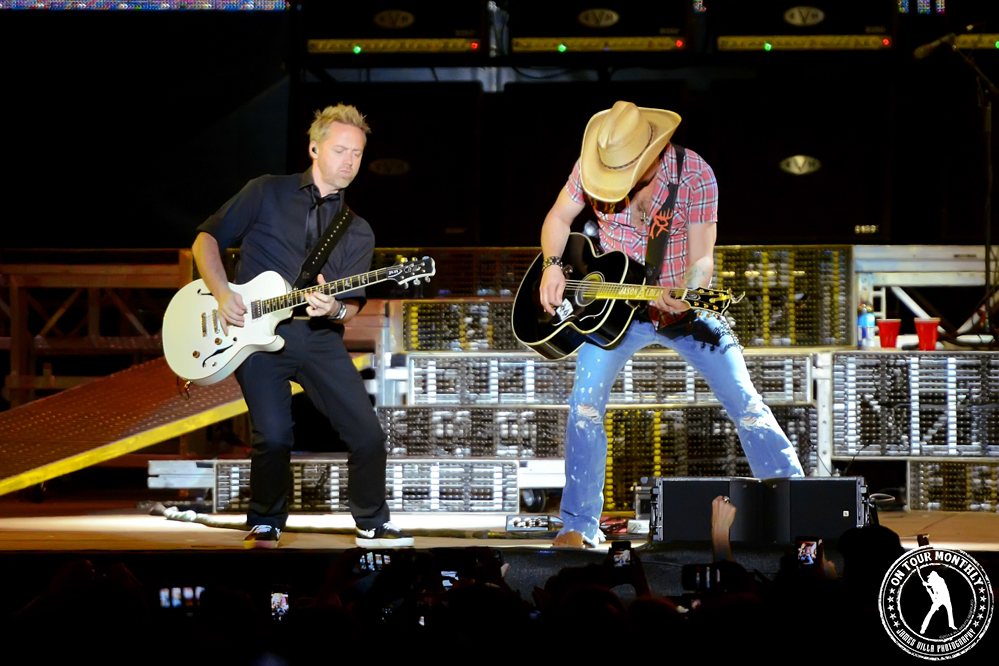 Concluding this first night of the festival was one of the nominees for male vocalist of the year at the Academy of Country Music Awards that took place just a couple of days later, and that was Jason Aldean.

“Crazy Town” seemed to be just the thing everyone was wanting to hear, and it was the first of many hits fans were treated to.

He’s got the swagger and presence, and if you like the modern day Nashville country sound, then you’ll be hard pressed to find a better musician right now.

He treated the audience to songs from a variety of his albums, like “Amarillo Sky” from his self-titled debut album, which was good to hear, for some slight personal sentimental reasons I won’t bore you with here (mainly because it would kill the mood). “Night Train” was yet another one of the songs they churned out, and before it he remarked, “…If you’re from Texas, chances are you’re driving a big ass four wheel drive pickup.” I’ve got to say, that was one thing I wasn’t a fan of. That’s pretty much the same is assuming everyone in Texas wears cowboy hats and owns and often rides horses, and any other stereotype that people all around the world have about the Lone Star State. I don’t even mean anything personal against Aldean by saying that, ‘cause I know it was partly meant as a joke, but still, those Texas stereotypes always get perpetuated.

The first day of the MMMF seemed to go off without a hitch. The crowd was nowhere near the forty to fifty thousand they estimated the grounds could hold, but those who did venture out this day and night certainly enjoyed themselves. And with free entertainment provided by some hot names in music, how could one have not enjoyed the time spent there?