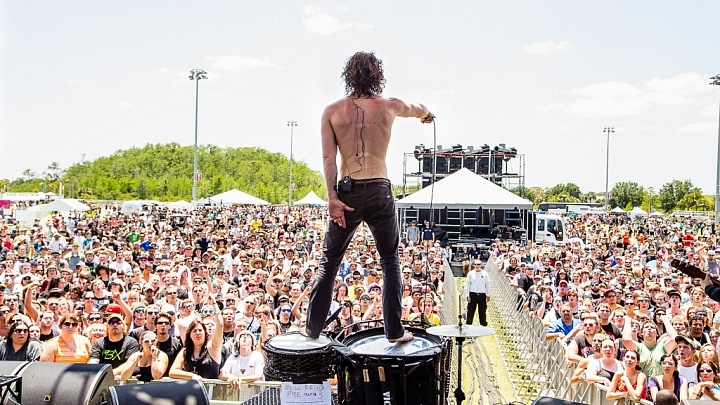 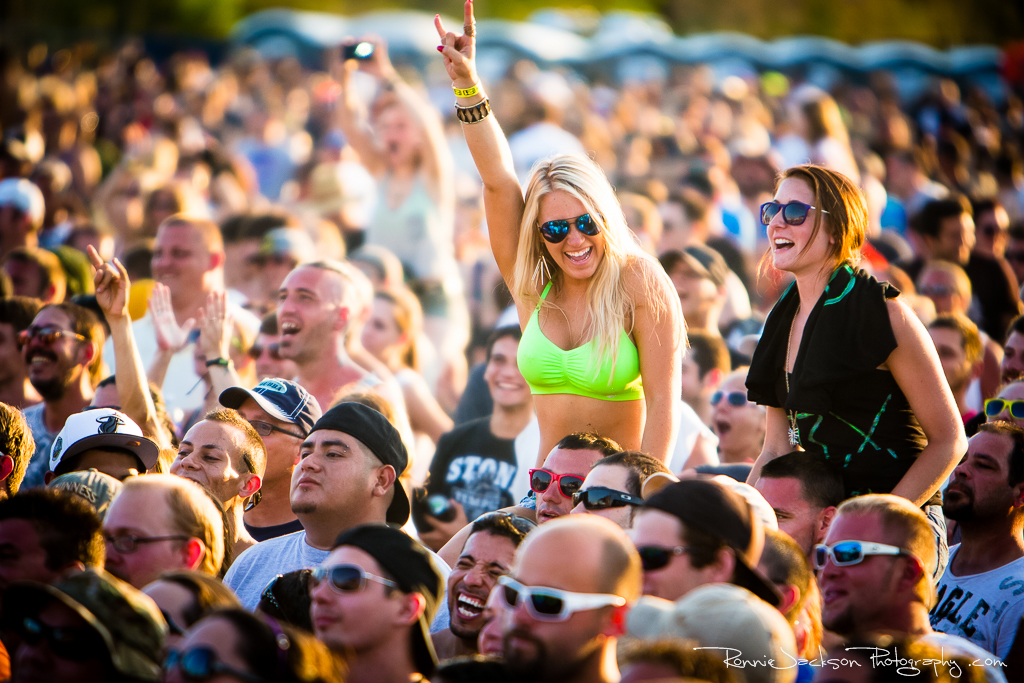 Is it really April in Florida? 90 degrees in late April doesn’t seem normal; 86 percent humidity, well that explains it. With its second installment of Fort Rock in Fort Myers, Florida not only was the weather a factor but they also had the unenviable task of having another 2 day festival only 5 hours away to compete with. Fortunately for them that didn’t seem to deter the flocks of fans already lined up at 10:30 am waiting for the gates to open.

I decided to try something a little different and gather some opinions prior to entering the venue, opinions that might help me weed my way around and seek out the best of what Fort Rock had to offer.

The general consensus was clear people were here to see Korn, Five Finger Death Punch and Rob Zombie which seemed logical until I continued up and down the massive line snaking outside of Jet Blue Park. Nothing More was another name heard throughout; the San Antonio natives took the scene by storm last year and captured a huge fan base during their summer outings which came to a triumphant close with another unmentioned festival in Sacramento by the fall.

The problem with these large festivals is that the walking distance between stages can quickly become a huge deterrent when it comes to enjoying oneself, and occasionally it’s a battle of “Should I stand in the shade and sit this one out or just roll with whatever Mother Nature has to dish out?” I chose the latter.

Nothing More’s early start didn’t seem to deter anyone from gathering to catch their set. Singer Jonny Hawkins takes it up a notch with each performance, while Daniel Oliver, Mark Vollelunga and Paul O’Brien keep pace. One of the things that truly sets the band apart is their stage show. It’s comprised of mostly drums along with the standard bass and guitar. The bass solo (yes I said bass solo) is unique all in its own and one you have to see. Keep an eye on these guys as they are getting some rave reviews and have a summer filled with shows both nationally and overseas. 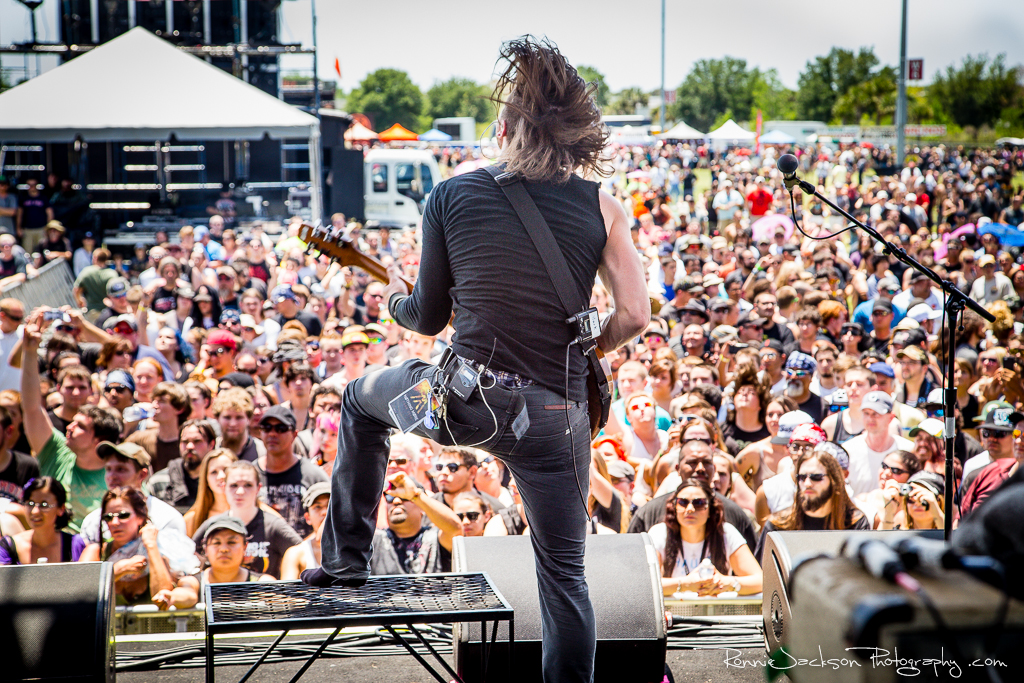 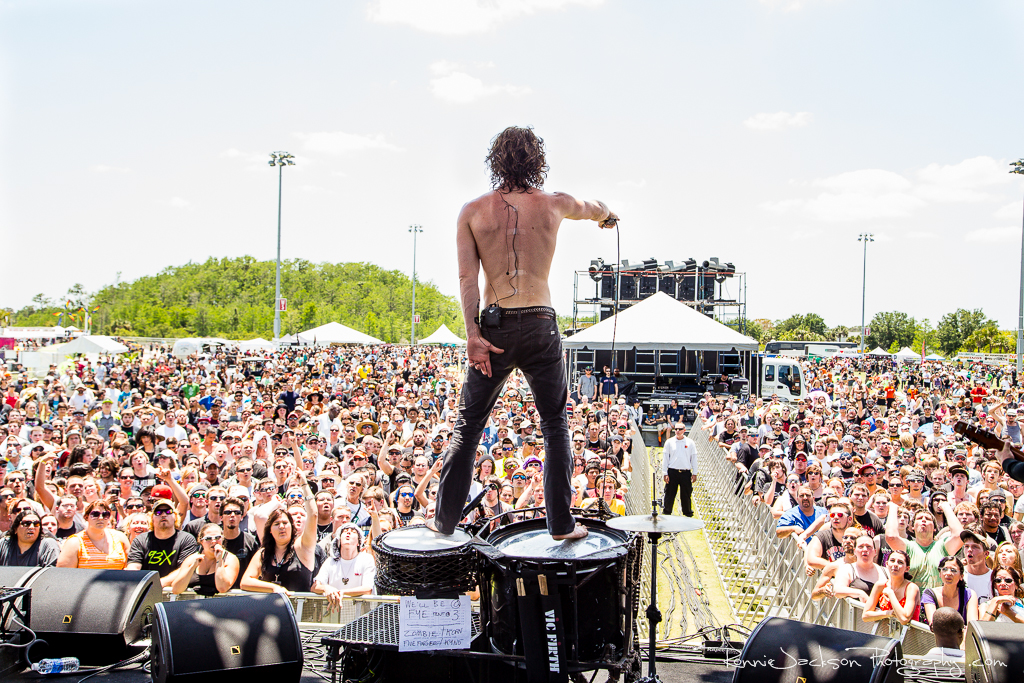 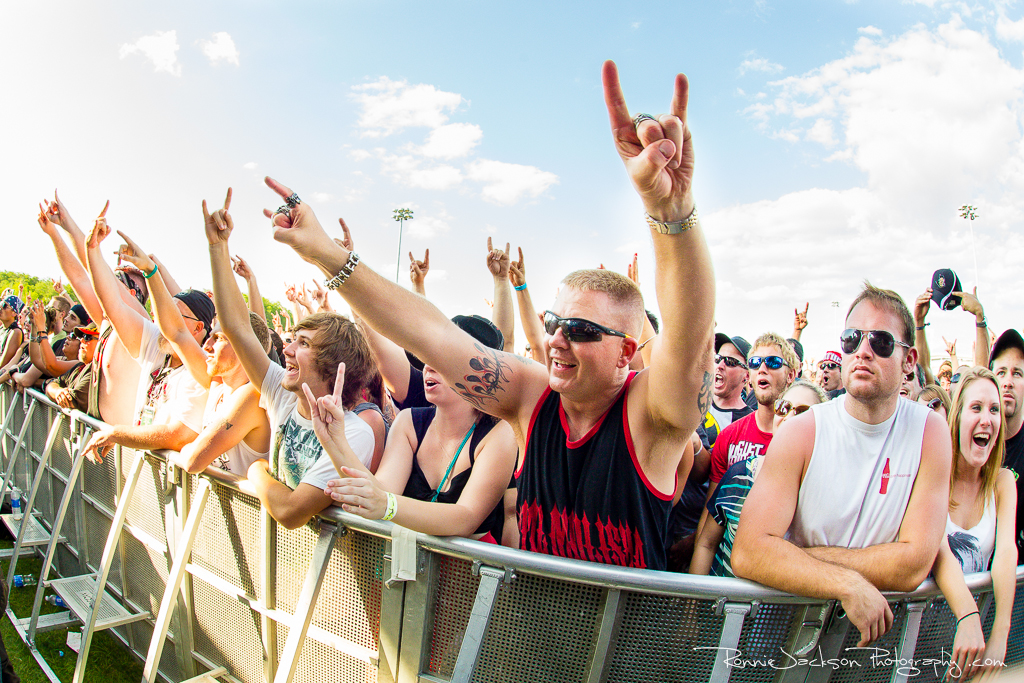 The Women of Fort Rock did not disappoint. Sick Puppies’ Emma Anzai, The Pretty Reckless’ Taylor Momsen and Lacuna Coil’s Cristina Scabbia all worked the crowd with effortless grandeur. These ladies show that they can rock out with the best of them.

Five Finger Death Punch pulled the usual punches with their witty charm and usual batter lead by none other than Ivan Moody. Moody has a great way of captivating and involving the audience in ways that other artists can only dream of.

Honorable mention goes to Black Stone Cherry, whom I overlooked in my haste to compile a schedule for the day. Ben Wells is a non-stop ball of energy, he brings out the best in his counterparts and kept me focused on what mattered most, the music, and the fans agreed.

As the evening came to a close there was a sudden roar and a shout that could be heard clear across the park… “Are You Ready” Jonathan Davis was once again in top form; a form not seen in previous years. The Children of the Korn let it be known that they were ready for what was to follow, on this evening Ray Luzier seemed more animated than ever, and Reginald Arvizu posed for photographers as he circled the stage seemingly possessed by music. The return of Brian Welch has truly reignited Korn both on and off stage. It’s hard to tell if the crowd would have been content if the evening hadn’t ended with Korn’s performance.

The sold out crowd clearly wasn’t done as the shouts could be heard coming from everywhere: “Zombie! Zombie! Zombie!” while the occasional flash of lights covered the waiting fans. Just then Twiggy, Piggy, and John 5 made their way onstage. The crowd erupted when Rob Zombie ran across and began what would be a little over an hour long set covering songs from White Zombie, Diamond Head, Grand Funk, and Kiss’ “God of Thunder”, to name a few. The only thing missing this evening was the encore. Fans however didn’t seem to mind, as Rob Zombie and company had truly put on the performance of the evening.

As the crowds dispersed all that could be heard were the fans talking about the possibilities of next year. Fort Rock was truly a festival goers dream: short walking distances, great music, lots of free water, lots of side entertainment and plenty of shade. Not sure what else you can ask for, maybe a second day?