Y&T The Reason Rock & Roll’s Gonna Save The World 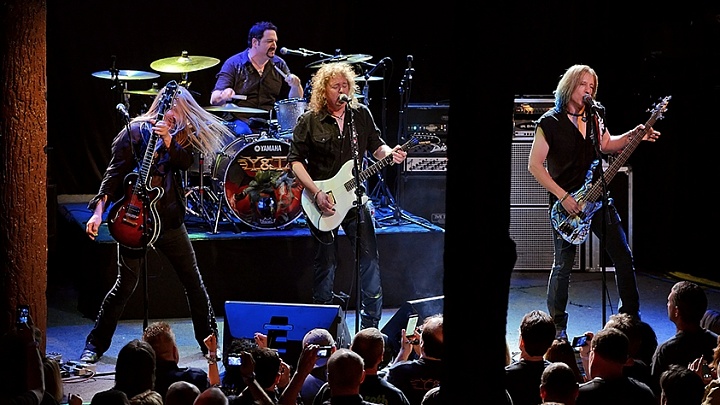 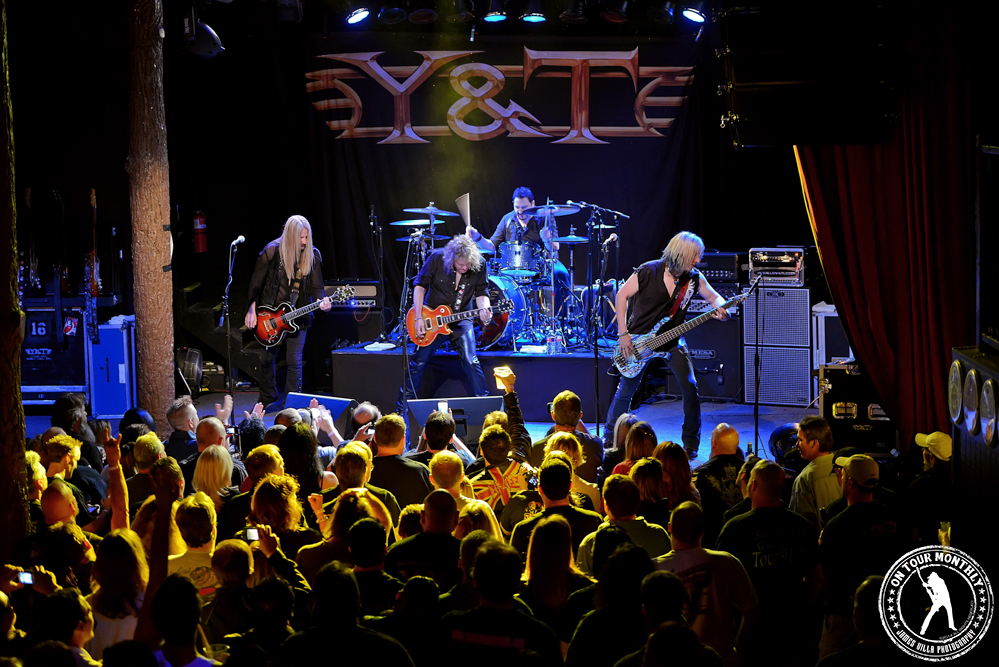 Has it really been 40 years?   2014 kicked off what is apparently Y&T’s 40th Anniversary tour.  Who would have guessed?  Rockers are supposed to come and go, or be put out to pasture way before their time.  Sex, Drugs, Rock n Roll, isn’t that how the saying goes?  Y&T was always a bit of an enigma during my youth for one reason or another. I always considered them something that MTV had created along with all the other bunch of hair bands of the 80’s.

It wasn’t until my friend Paul introduced me to the Mean Streak album back in early 1985; I remember it like it was yesterday.  He used to keep his vinyl in protective sleeves and wouldn’t let anyone handle them.  He said “Have you ever heard Midnight in Tokyo?’”  My first thought was, “Oh God here we go, 5:42 of bubble gum metal.”  He handed me the cover as he prepared to place the album on the record player.  I’ll admit I was far more interested in the cool cover and whether the actual LP sleeve had lyrics or some cute blonde showing off her assets.  What do you expect, I was a kid.

As the song’s intro quickly filled the room with that beautiful guitar melody and crash ride being struck ever so gently I was completely taken over by Dave Meniketti’s voice.  This wasn’t “Summertime Girls”, what the hell was this? Who switched the band?!? Throughout the remaining 5 minutes of the song Paul kept talking and I was completely overcome by lyrically one of the coolest songs I’d heard in my early Metal existence.  Needless to say that record became the staple of my youth; the entire album song by song represented an event or experience in my life at the time.

Flash-forward to Thursday March 20th 2014 at Trees in Dallas, TX.  Y&T didn’t waste any time showing they still had it. As soon as first song “Open Fire” started the place went completely nuts, just a sea of Y&T shirts moving around. Songs like “Lonely Side of Town”, “Don’t Be Afraid of the Dark”, and “Mean Streak” sent the crowd into a frenzy.  Dave’s voice was better and stronger than singers half his age. Equally impressive were the three and four part harmonies from the band; no backing tracks here. This was as real as it gets, and for two-plus hours the faithful were treated to some of the best Y&T had to offer: “Contagious”, “Dirty Girl”, and of course…”Midnight In Tokyo”.

When all was said and done it, was easy to see why Dave Meniketti and company continue to pack venues 40 years later. They deliver a real live rock show that will have you going from start to finish, something that’s not easy to do in today’s music scene.  If you catch one rock show this year, make sure it’s a Y&T show.  You won’t regret it.