My Chemical Romance’s “May Death Never Stop You” Out Today 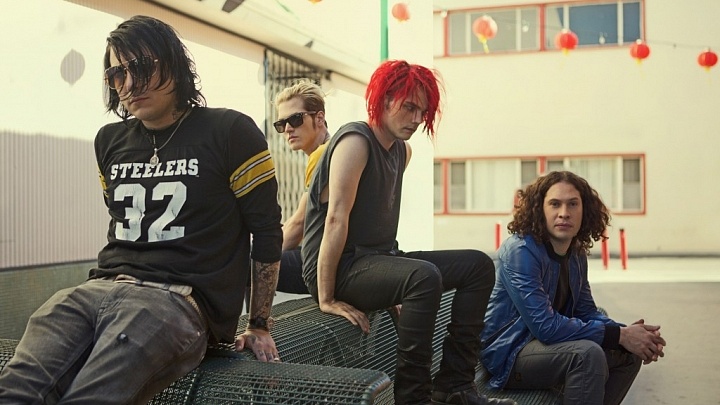 My Chemical Romance’s new album, May Death Never Stop You, was released today. The final chapter of the band’s decade-plus career features fan favorites such as “I’m Not Okay (I Promise),” “Helena,” “The Ghost Of You,” “Teenagers,” and “Sing,” among many others, as well as the previously unreleased “Fake Your Death.”

May Death Never Stop You is available as a Standard Digital Album (audio only) and as a Digital Deluxe Album (with audio and DVD content). It is also available as a standard CD (excluding the DVD content); as a Physical Deluxe edition that includes the DVD; as an 180-gram vinyl two-LP set with a gatefold sleeve, plus the DVD; and as a DTC package, which includes a “Thank You For The Venom” T-shirt.