Ellie Goulding is the Real Deal 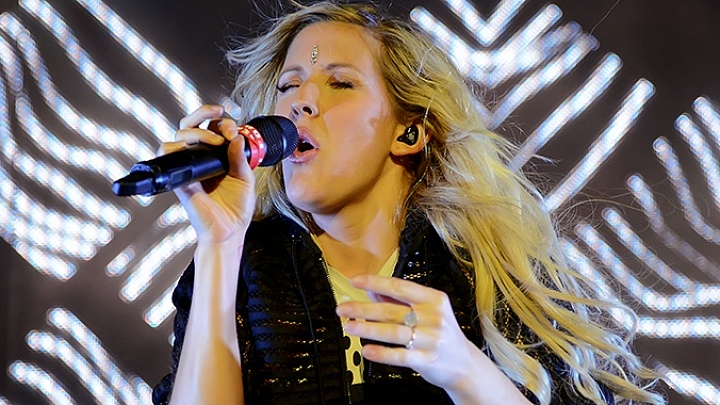 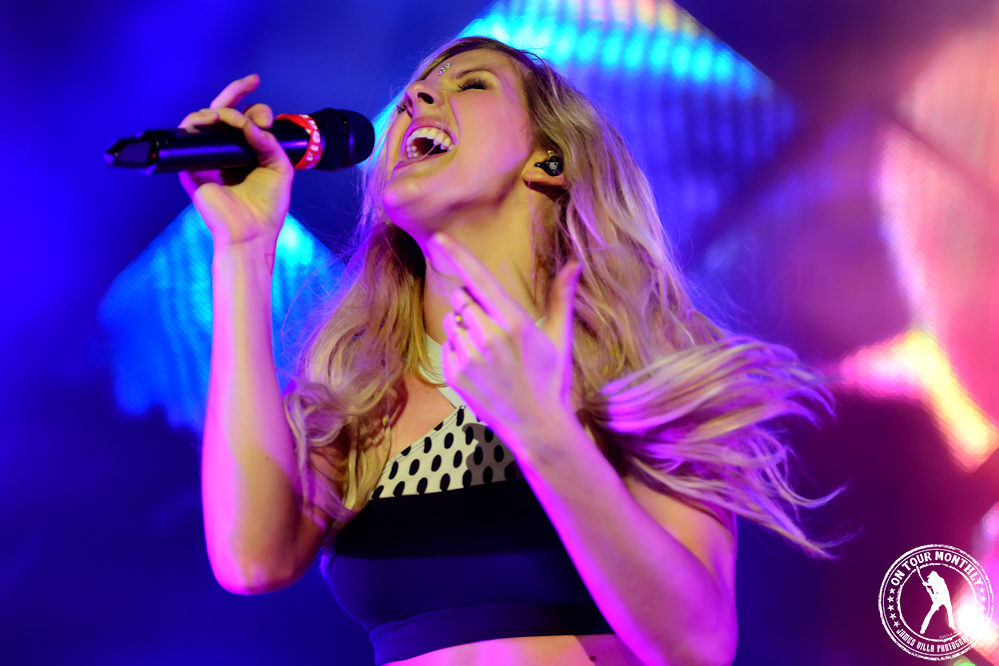 Once fame struck for the Lyonshall, Herefordshire native Ellie Goulding, things started happening quickly. Her debut LP “Lights” achieved international success, and so has her follow-up, while she has shared the stage with acts like Katy Perry and Passion Pit just to name a few.

Now, four years after that debut record came out in her homeland, and three since American audiences got their first chance to buy it, she is thriving.

There was proof of that at the South Side Ballroom in Dallas this night, and the show had long been sold-out, as everyone was eager to see an artist that seems to be on the fast track to a legendary status.

The yells and shrieks of excitement were piercing once the lights went out, while the band (which also included a three-part choir) took the stage, doing an intro piece while “strikes” of lightning began raining down from the sky. I’m not always a fan of theatrics like that, but man, that was cool.

The cheering started all over again once Ellie Goulding walked onto the stage, starting this 92-minute long performance with a dynamic and fiery performance of “Figure 8”, which saw her doing a backbend near the end of it, holding it for the length of the short guitar solo that was thrown in.

Most bands/acts have to go through a warm-up phase before they hit their stride, though it was immediately clear Goulding and company would be an exception to that, because they were already sizzling. They dove right into another magnificent track, “Ritual”, where the choir stole the show for a moment, getting one of the lines all to themselves, and it sounded divine.

Towards the end of that one, Goulding ditched the shirt she had one, revealing what I would call a tube top and a pair of short shorts. The attire may have been revealing, though I thought she walked the fine line of sexy and provocative (a line that seems to be blurred more and more these days) very well this night and never strayed into the latter of those two areas. 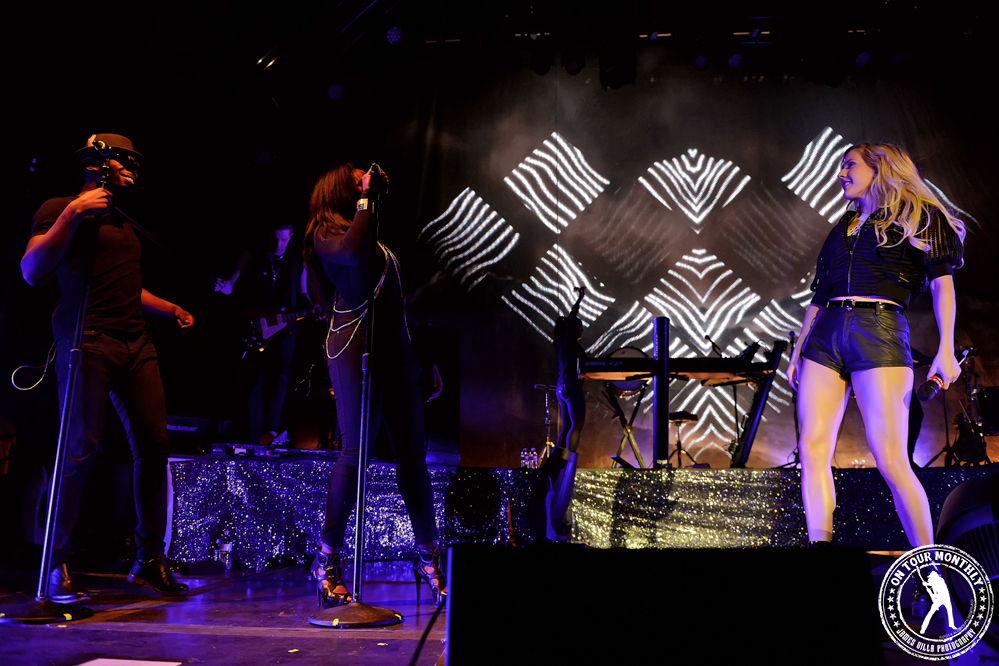 “…Good evening, how’s everyone feeling?! Good?” she asked the audience when they took a break a few songs in. An excited fan down in the pit area was jumping up and down, attracting her attention. “This guy’s more than good. He’s awesome.” she said, saying to everyone else she wanted them to have that kind of energy this night.

This may have been the Halcyon Days Tour, but the “Lights” album was heavily focused on this night, too; and Goulding got to show off some of her hypnotic dance moves on “Animal”, while “Starry Eyed” was dedicated to all of the longtime fans who had been supporting her since, or even before that debut LP.

The anthem that was “Stay Awake” ushered in some full audience participation, with a majority of the crowd clapping along at times, while one of the lines was left all to the crowd to shout out.

Perhaps the most riveting part of the show came when they slowed the pace down, and Goulding was left all alone on the grand stage. She had no trouble filling it with her overwhelming presence, though; and armed with an electric guitar, she delivered a gorgeous rendition of “Guns and Horses”, which highlighted just what a talented songwriter she is, and the emotion was packed into that one. Her poignant spin on Elton Johns’ “Your Song” offered another lasting moment for fans; though the one everyone really went crazy for was the one she recorded for the film Divergent, and “Beating Heart” saw the bands guitarist/keyboardist retuning to the stage to assist her on it.

It turned out that some fun mashups had been created for this tour, with being a portion of “Salt Skin” leading into “Only You”, which was rather steamy, and even seductive, but ended on an beautiful note as she sang the final lines a cappella, fully showcasing the powerhouse of a voice she has been given.

“Every Time You Go” and “This Love (Will be Your Downfall)” was another mashup that the fans enjoyed; and with the show being in its final stretch, Goulding now asked her fans to get their “energy up”. “…This is the part of the show where I pull out some weird dance moves.” she cautioned, saying even if people were like her and normally shy, they just needed to disregard that for now.

Fans were ecstatic to hear “Anything Could Happen”, which set a mood of pure ecstasy among them all. As for those weird dance moved Goulding had warned about she did indeed pull them out. I don’t know how “weird” they truly were, though, with the most interesting one being when she lifter her backside into the air and bent down and touched her toes.

With the final song now upon everyone, she mentioned how good it was to play in the U.S., and urged everyone for this last song to put their phones down, trying to encourage an experience where the fans were truly connected to the song, saying all she wanted to see in the air instead was hands. Few people could pass up the chance to record “Lights”, though, as they tried to capture the memories to keep them alive forever.

An encore seemed like a sure bet, and they did have two more songs to give to the fans. Before the final one, she mentioned she would “…be back soon, with a new album…”, though didn’t elaborate any more than that, and final gave  the fans a song they had been hoping all night to hear, “Burn”.

It was a rather appropriate song to end on, too, because this whole show was nothing short of a blazing inferno, and it had engulfed everyone right from the start.

You can call Ellie Goulding a pop star. After all, that is the primary sound her music has, with healthy doses of electronic elements often thrown in. But having now seen her live, the term “pop star” seems to sell her short.

She’s a performer, and a beast of one at that. There was so much ferocity packed into this show. Her band was responsible for part of, and all six of them more than pulled their weight on stage, though it was Goulding whom you were unable to pull your eyes away from.

If her life had depended on it, I still don’t think she would have been able to make herself stay still, and she was constantly darting about the stage, interacting with fans on both sides of it, or dancing. Perhaps best of all, you could tell she was enjoying this just as much as all of her fans were.

As far as being a musician goes, Ellie Goulding is the real deal; and she deserves to be more than just a pop icon. She deserves to have her own distinct spot in music history.