Cyborg Drummer Gets His Beat Back 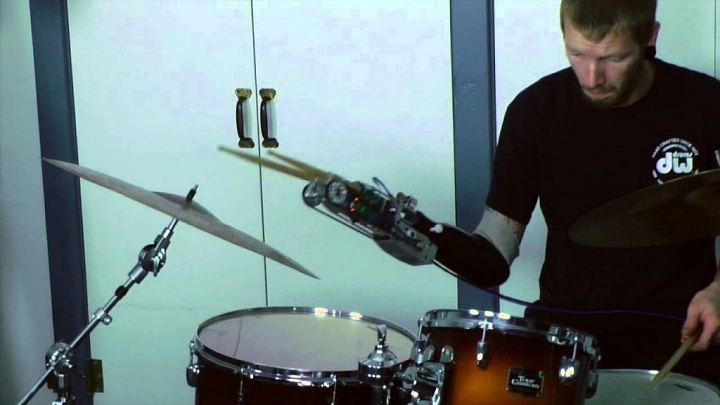 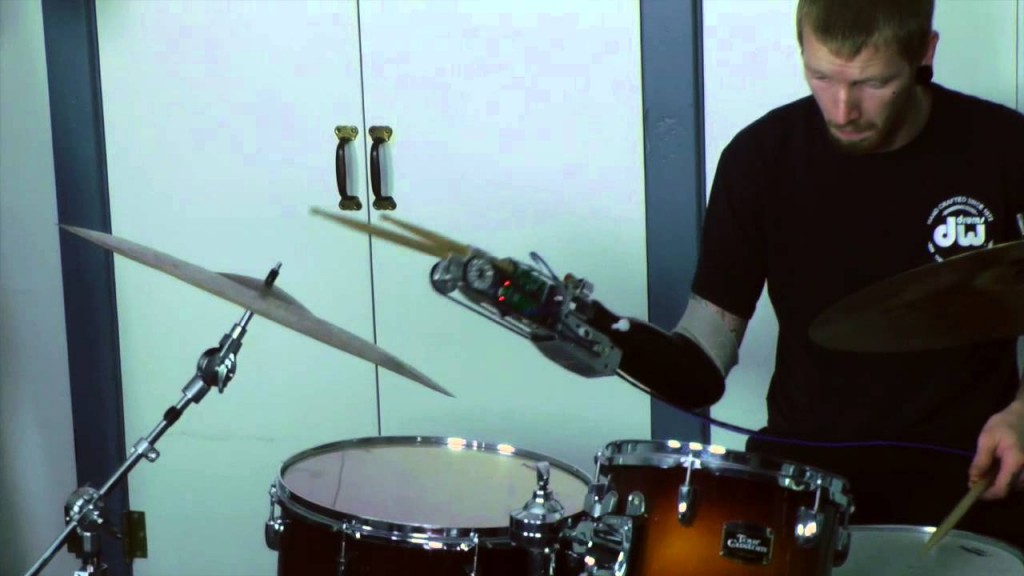 Georgia Tech professor Gil Weinberg has created a prosthetic device that will revolutionize drumming for amputees. This cyborg gadget was created for Jason Barnes, a drummer who lost his arm two years ago. Barnes had constructed his own prosthetic drumming arm prior to Weinberg’s; however, he couldn’t control the speed or bounce of the stick. This latest device not only gives an arm back to drummers, it provides them with an extra allowing for superhuman capabilities.

The Robotic Drumming Prosthesis, powered by motors, attaches at the stump of an arm utilizing the bicep muscle to dictate the motion of one stick. The other stick is fully automated, monitoring the drummer while playing an improvised matching beat. Though the extra stick has a brain of its own, the player can, at any time, pull away from the drum and regain control.

Because of the embedded chips within the device that control the speed at which the sticks move the drummer is now able to play faster than any human being. Barnes will perform publicly for the first time on March 22 at the Robotic Musicianship Demonstration followed by a free concert at Kennesaw State University in Atlanta.