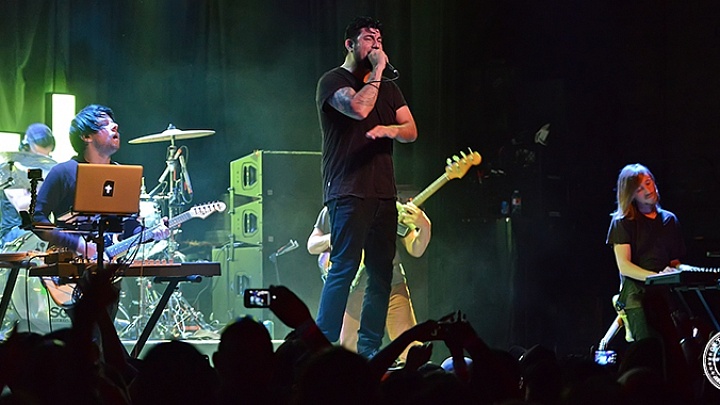 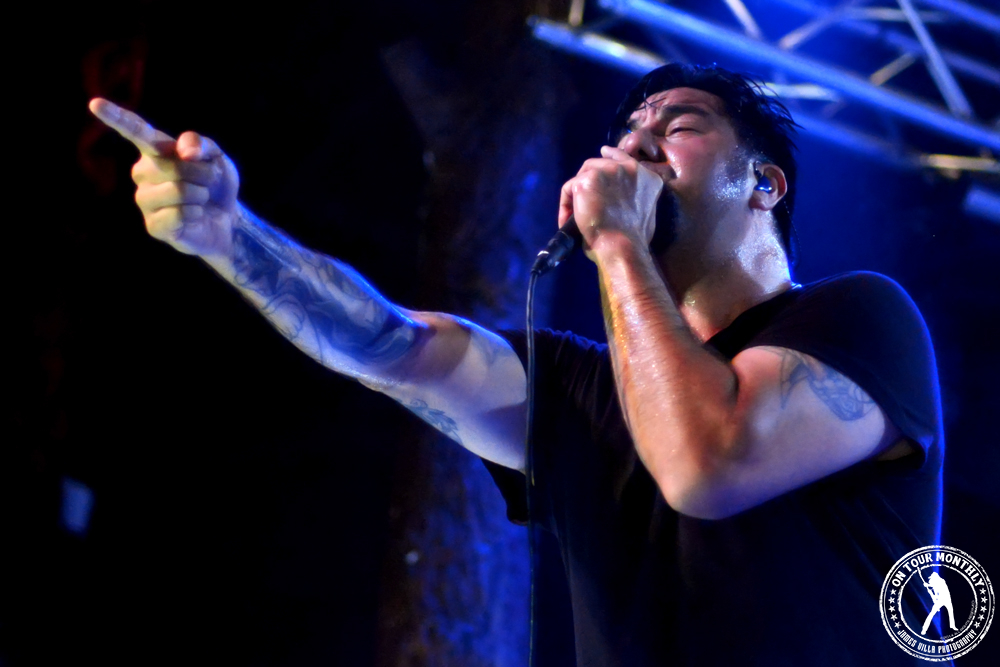 I have never seen Deftones. To be perfectly honest (and please, don’t hate me for this), their music is just too heavy for my tastes. So, obviously, I have never seen the great Chino Moreno perform; but when the opportunity came to check out his side-project with Shaun Lopez and Chuck Doom, Crosses †††, I had to take it.

They had Trees sold-out this night, and by the time they hit the stage – which was shortly after ten o’clock – the fans were bursting at the seams with excitement, and had packed in as tightly as they could.

Shaun and Chuck, along with the groups drummer and other guitarist got a very warm welcome as they made their way on stage and began “Thholyghst”, though Chino received the loudest applause, when moments later he sauntered down the staircase from the green room. 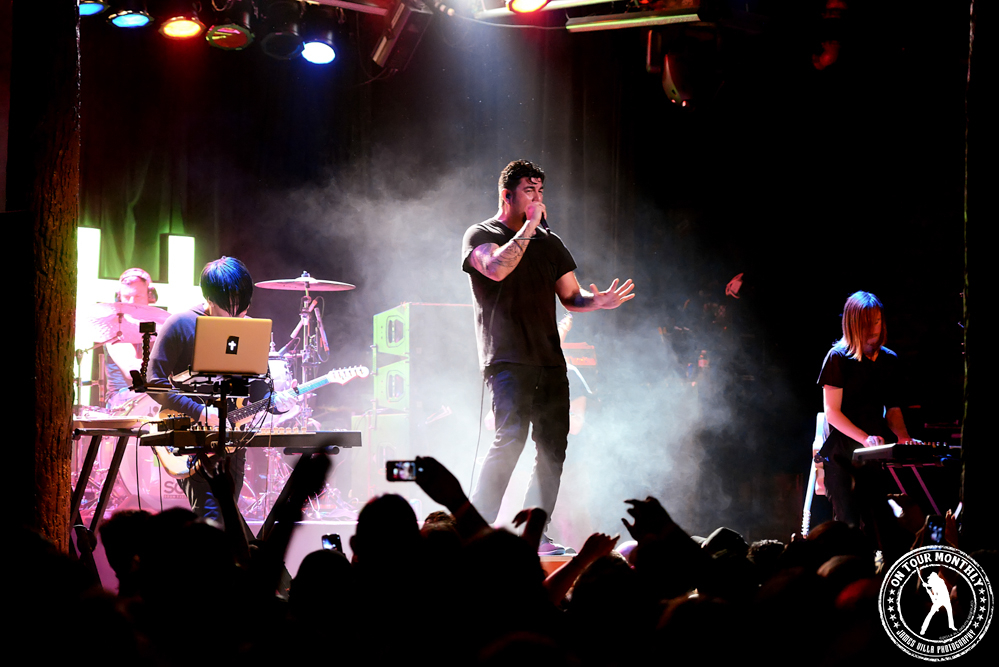 It sounded like it might be the calm before the storm, at least until a piercing screech arose from Chinos’ throat as the song reached its pinnacle moment(s).

“What’s up, Dallas? you guys cool?” he asked before they marched on with their 55-minute long set, carrying on with “This is a Trick”.
Chino kept the chatter going, and after a few more songs asked, “You guys having fun yet?!” A roaring collection of cheers and applause answered that question. “Every time, Every fucking time…” he finished, expressing his love for Dallas, before they tackled one of the best songs of their set, “Blk Stallion”. It was a cut above the rest in terms of how on point they were. You got to see just what a well-oiled machine they are, and the various hand gestures Chino made throughout the song, like shaking his finger no as he sang “I never thought this could happen to me.” may have been simple, but it went a long ways and made the song connect more with the audience.

As great as those intense ambient rock-sounding songs were, I was quite fond of the more restrained stuff this night, like “Bermuda Locket” for example. It’s quite a beautiful song, and fully showcased the lighter side of Chinos’ voice, proving once and for all that he is more than capable of just screaming (though he does do that damn well).

“I feel slimy.” Chino remarked after the song, then asked Chuck to inspect his face and make sure he was good. A clap along began during “Telepathy”, as everyone in the crowd enthusiastically raised their hands in the air and kept up with the beat. A couple more slower songs followed, including “Nineteen Eighty Seven”, during which Chino completely succumbed to what Shaun was doing on his guitar and synthesizer, as well as what his fellow band mates were doing, closing his eyes as he swayed to and fro and sang.

“I tell you what; we’re having a fucking blast tonight.” said Chino as it came time to end their show, announcing that this final song was “Option”, which got the fans pumped up. Once it was done, they still wanted more, though. A minute or two passed before the band returned to the stage; still having a couple songs left to offer, and during one of them Chino egged on the crowd to get them as into it as they possibly could be. 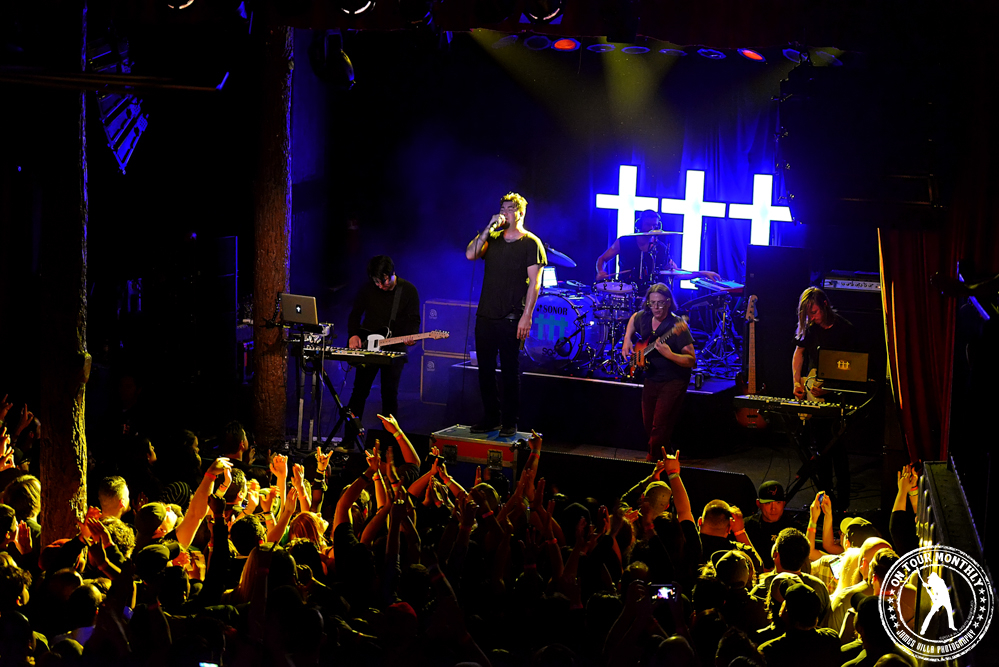 “Thank you all so much!” he shouted, before letting the microphone drop to the floor as he expressed his gratitude for everyone being there by saluting the audience. This was pretty much like a religious experience for me; and no, I’m not trying to make some sort of joke regarding the band’s name. I’m being completely serious with that remark.

The show was out of this world, and I left being convinced of what most have known for a long time now: Chino is one of the best frontmen of the modern rock era. It’s just the way he handles himself on stage and is perfectly in tune with everything going on around him. I’ll admit, he was the one I gravitated towards the most this night, but the rest of the band was every bit as good. Shaun has a certain slick style about his playing, be it on the guitar or synth, and Chuck was consistently killing it on the bass. The other live musicians were a perfect fit for them, especially their drummer, who was playing with such ferocity that I couldn’t even count how many drum sticks he had splinter.

Since they are a side project, who knows when Crosses ††† will get back to Texas. I’m already looking forward to the day they do.