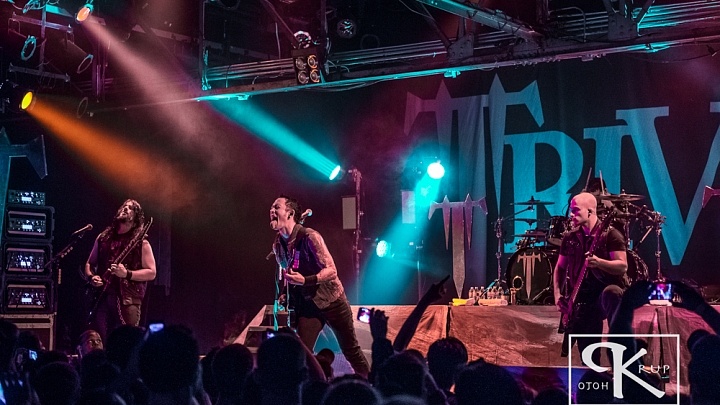 We all know the feeling.

There are those days that after a long weekend where you start the work week off and for some reason, everything seems to be off. The employees from the movie, The Office Space would explain the experience as, “Oh, it’s a case of the Munday’s.” The thing is what happens when the same scenario creeps into the performance of a hard working metal band on the road supporting their latest release. What happens if everything they do on stage appears to be slightly aloof and distant?

Any touring band member will tell you that musicians are just as prone to having off nights as Regular Joe’s are to having an off day. They just have to play through it and hope situation isn’t painfully obvious to the crowd that has paid good money to see you perform. 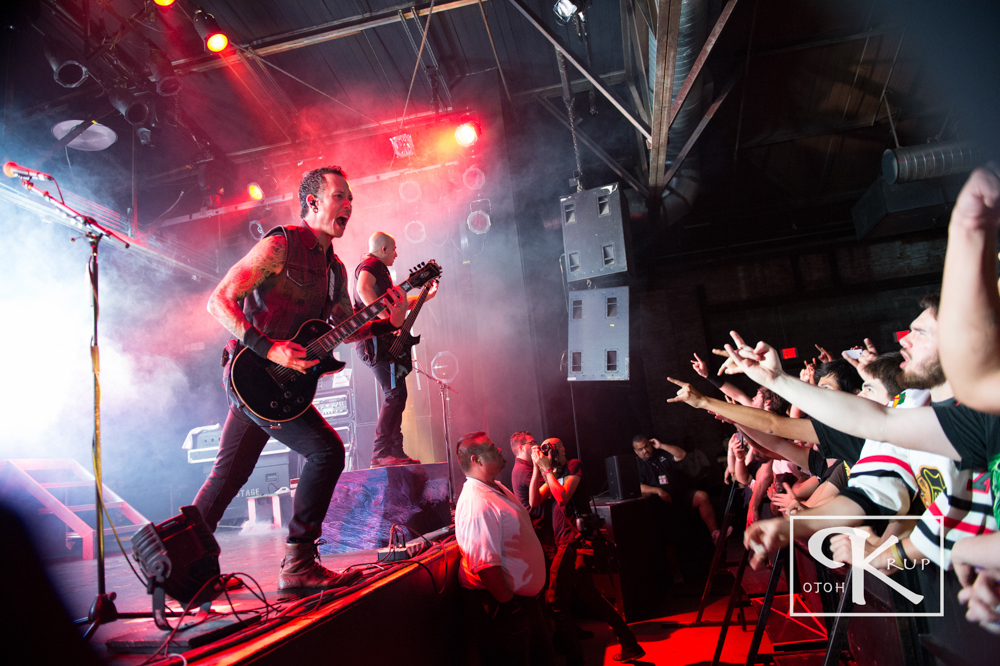 Unfortunately, that last situation seemed to be the case this melodic thrash outfit was struggling through no matter how hard they tried to disguise it. Don’t get me wrong, I love Trivium, but tonight everything this band seemed to be slightly off. Maybe it was the cool night air that had descended upon Houston. Maybe it was just one of those nights where you had to play through it and hope no one noticed. You would think that after releasing one of the finest albums of their career, Matt Heafy and crew would be pumped to spread their musical message day in and day out regardless of their surroundings. Having an off night would simply be unacceptable. Yet here we were.

Normally a sold-out crowd of head bangers would be joyfully moshing about to the sounds of this Orlando-based metal outfit at the Warehouse Live. Tonight the venue was half full and maybe it had a measurable effect on the group’s performance. It didn’t, however, affect Trivium’s rabid fan base. They did an admirable job making up for the lack of bodies inside the venue with their unbridled enthusiasm. You could tell which fans had digested and fell in love with this metal quartet from their 2003 hard hitting debut Ember to Inferno through last summer’s Vengeance Falls. They cheered and this group sang. The crowd inside did everything possible to transfer their own enthusiasm to the musicians on stage. To some extent, it worked.

If anything, this band did not go through the motions. Guitarists Heafy and Corey Beaulieu and the rhythm section of Paolo Gregoletto and drummer Nick Augusto are seasoned pros that can turn even the mundane into an ear-splitting experience. They did exactly that throughout the 75-minute set. It was odd the group only played two songs off the new album, “Brave This Storm” and “Strife”. Instead the nine song set list was top-heavy with music off 2008’s Shogun. “Throes of Perdition”, “Down from the Sky” started the evening’s chaos. “Kinsute Gomen” and the title track would add further turmoil when they were performed back-to-back later in the night.

The show ended with “Pull Harder on the Strings of Your Martyr” from the 2005 recording, Ascendancy. At one point Heafy used clean vocals to get the lyrics across to this popular tune. But alas, the song has reverted back to its screaming days. I don’t quite understand why. With three vocalists in the band, why not let the words to your songs vocally shine? I’m keeping my fingers crossed it had something to do with the ‘Munday blues’.