Meridian Shows Off at Gas Monkey 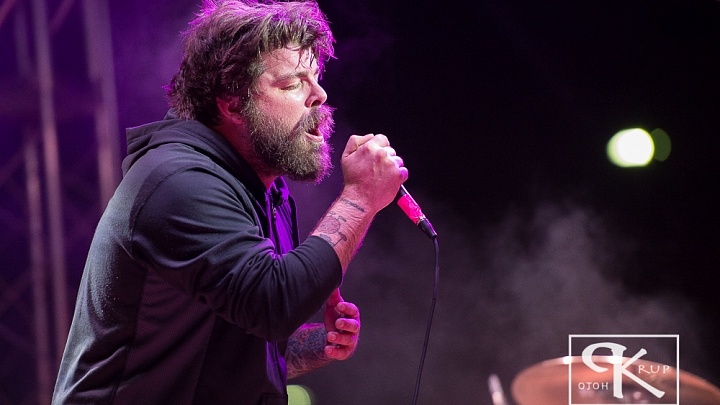 Last Friday night, the newly revived Gas Monkey Bar and Grill (formerly Firewater Bar and Grill) hosted its first show featuring a completely local lineup; Son of Swan, Honey, and Meridian.  During Firewater’s hay day it became a second home to a lot of us, and it seemed only the very best of Dallas bands graced the stage. So on this evening, the air was filled with a touch of nostalgia, as fans filled the wooden deck leading to the venue’s oversized, outdoor stage.

Headliners Meridian, who could easily be labeled a Dallas “super group” of sorts, boasted former members of beloved local rock bands; Supercell, Miser, South FM, and Darby, and their set was nothing short of impressive. Meridian kicked off their set with “Digress”, one of their heavier tracks, and immediately had the crowd’s attention not only on the patio, but also on the TV’s playing inside of the bar. The energy from “Digress” flowed seamlessly into the other songs from the Meridian EP. “All Hands” was one of the standout songs from the set, the perfect combination of heavy riffs and super catchy vocals. 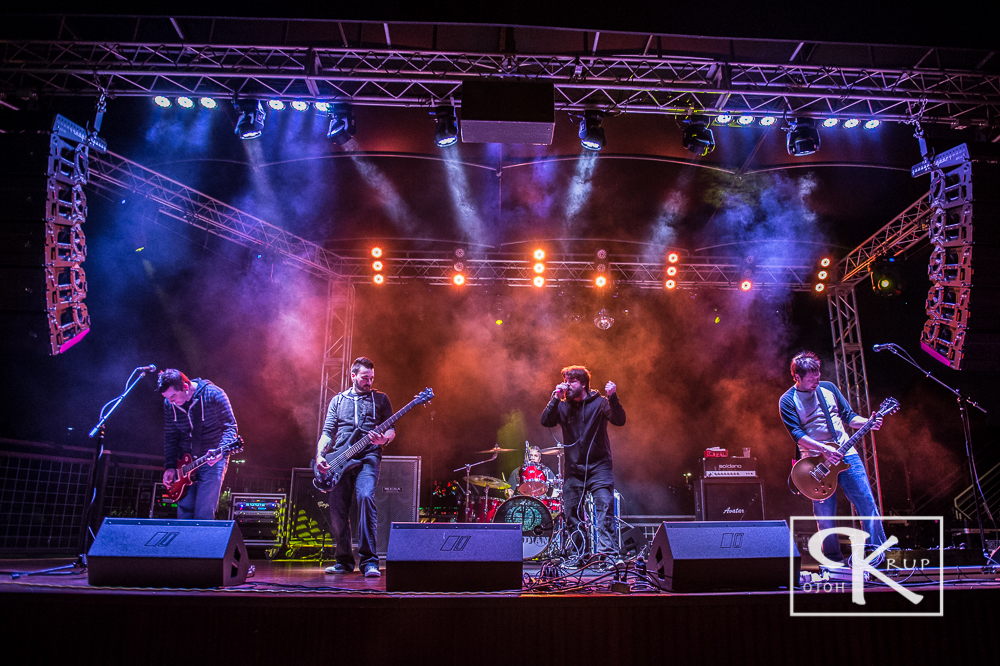 They slowed things down toward the middle of the set, with the song “Train”. “Train” is one of the bands lighter songs, and really showcases singer, Tim Ziegler’s vocal diversity. From there they went into a cover of the band Hum’s “Stars”. They closed the set with “Hey Lover”, the bands most popular song, but none of us were ready for it to be over.

Guitarists Shannon Nedved and Mark Sims, along with drummer Moe Martinez, were previously in Miser, and their chemistry without a doubt carries over into Meridian. Bass player Chris Gentry brings solid, heavy bass lines to the mix, and Moe Martinez could be likened to an actual drum machine; and is without a doubt, one of the best in this area. Tim Ziegler has a vocal range/diversity that really sets Meridian apart from other bands. He effortlessly transitions from screaming into clean vocals, with a high energy stage presence that makes you wonder, “How the hell does he do it?”, oh, and, he’s FUNNY. There’s never a dull, or quiet moment in between songs.

Catchy, melodic songs, and a high energy stage presence with a little humor sprinkled in, this band’s appeal is undeniable, and their live show leaves nothing to be desired. Hopefully we’ll be seeing them at Gas Monkey again in the near future. Until then, their 5 song EP, Meridian is available now on iTunes. Download it, and support your local scene!