Korn and Zombie Split the Bill 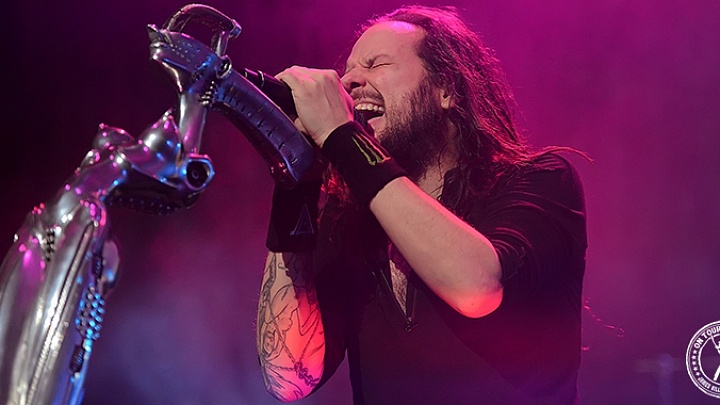 The month long Night of the Living Dreads tour featuring heavyweights Rob Zombie and Korn trading out headlining punches, has turned out to be one of the more interesting prize fights to rumble into arenas across America this fall. Tonight, the center stage action took place at the Chesapeake Energy Center in Oklahoma City before a packed house eager to see this hard rock battle royal play itself out.

Starting off the evening’s action was the undercard act, Scar the Martyr, the heavy metal side act of Slipknot drummer Joey Jordison. Together for just about six months, this band has proven to have quite a set of legs underneath it. Scar started out like bats out of hell with a furious twin-guitar assault led by former Strapping Young Lad and Darkest Hour axe men Jed Simon and Kris Norris. Jordison’s furious assault on the drums during standout tracks “My Retribution” and “Never Forgive, Never Forget” really helped get this crowd involved with the frenetic energy occurring on stage. Vocalist Henry Derek Bonner proved he had the ‘metal’ in him to take this Jordison project beyond one album. This will be an interesting one to watch. 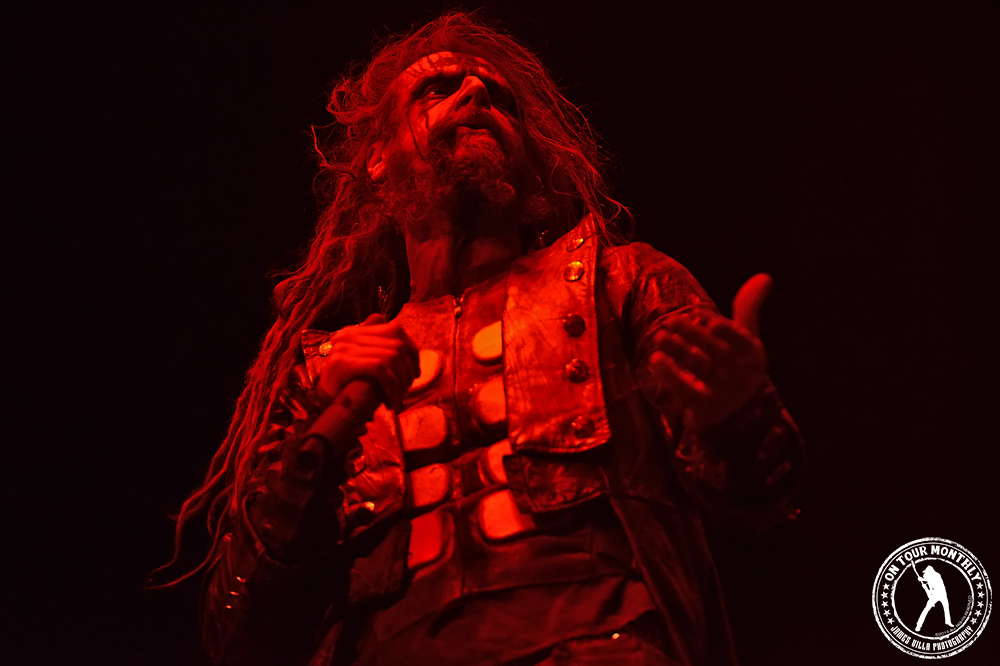 As luck would have it, Rob Zombie drew second billing. Shouts of “ZOMBIE, ZOMBIE” echoed throughout the arena as a scaled down version of the singer’s travelling extravaganza was being assembled on stage. When the lights finally went down, the noise inside the arena was deafening. The catcalls were especially ear-splitting as John5 made his entrance with an illuminated guitar as his only guiding light. When Zombie hit the stage snarling the vocals to “Dead City Radio and the New Gods of Supertown”, the noise levels inside shook the building. When the band launched into “Superbeast”, the foundation trembled.

There is no single ‘aha’ moment in a Rob Zombie show. The entire presentation is a continuous highlight reel from beginning to end. And the action on stage is quite a sight to behold as well. When the band started playing Grand Funk’s timeless standard, “We’re An American Band,” it was ironic this song was being performed by a set of musicians named Piggy D, Ginger Fish, John5 and a Zombie. Their interpretation of the classic was very loud, very proud and actually quite good.

The real decibel shattering noise from the crowd was reserved for the two White Zombie numbers, “More Human than Human” and “Thunderkiss ‘65”, included in the evening’s set list. If that wasn’t enough to get the thousands inside pumped up, during one point in the show, the band’s fearless leader managed to vanish off stage and reappear amongst the masses. With a bodyguard in tow, Zombie made his way around the arena. He fist-bumped and did the high-five with as many fans as possible while John5 displayed his musical chops onstage with a wicked four minute-guitar solo.

The Zombie walk finally came to an emotional crescendo with the encore, “Dragula.” The song not only brought the house down, it somehow managed to send this audience into a delirious emotional peak it probably didn’t know it had in them. When the band walked off stage, this crowd was emotionally and physical spent. I honestly had no idea how Korn was going to follow-up this high-octane performance. This audience was exhausted to the point it had little or no fight left in them. Or so I thought.

The mark of a truly great band is how it reacts to challenges. Rob Zombie had clearly drawn a line in the sand for the headliners. Korn was either going to fight the good fight or simply go down swinging as an afterthought. Jonathan Davis and Co. wasted no time blitzing this crowd with their traditional opener “Blind.” They followed that up with another crowd-pleaser, “Twist.” Then the gloves came off with Korn delivering the knockout blow in the form of “Falling Away From Me”. When the final note was played, this audience was squarely in the band’s corner. Not only did this epic tune breathe new life into this previously exhausted audience, it totally reenergized them all as well.

The band’s 14-song set list covered nine albums from the group’s extensive catalog dating back to the 1994 debut. The action on stage, particularly the instrumental assaults of guitarists Munky and Head, backed by the bass attack of Fieldy and drummer Ray Luzier, was so intense the energy boomeranged throughout the arena lifting this audience up. With vocalist Jonathan Davis capturing the swirling energy on stage with his dreadlock flinging histrionics, everyone was ‘coming undone.’ By the time Korn had finished its three encore songs “Get Up”, “Got the Life” and “Freak on a Leash”, there wasn’t a dry piece of clothing in the house.

There were no losers on this tonight’s bill, not where this audience was concerned. When it was all said and done, the marquee players, Rob Zombie and Korn, had finished the evening with well-deserved draws. Scar the Martyr earned its ranking as up and coming brawlers. Tonight, the ‘dukes of hazard’ hammered this crowd over the head with enough metal memories they’ll be recalling Night of the Living Dreads years from now.