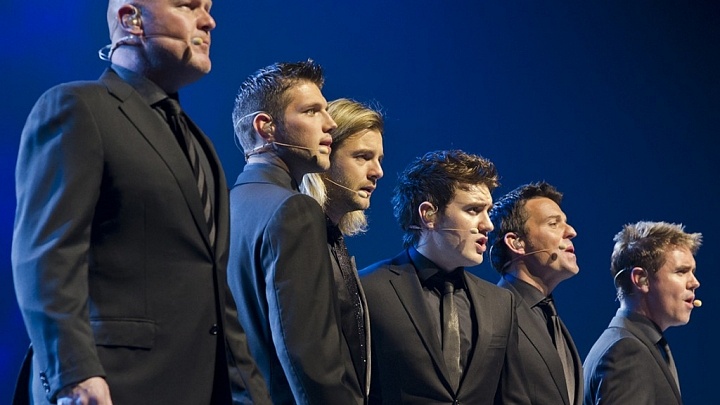 The one thing you have to understand attending a Celtic Thunder concert is this simple fact. You are going to witness a theatrical stage production built around a centralized theme derived from the group’s recently released album. The show is going to feature several extremely talented vocalists that are going to perform contemporary as well as traditional songs that are both Irish in origin and some that aren’t. If you fail to understand the foundation in which this show is set, you’re going to be lost and a bit confused as to what this group is all about when you see them live.

This was my first foray into the world of Celtic Thunder, and I’ll admit it was a bit confusing for me. When I sat down, I was greeted by a flyer that was peddling 25 separate pieces of C.T. merchandise not to mention the announcement of a cruise featuring the group next year. It certainly was an interesting way in which to be introduced to the group, and for some reason I actually appreciated the effort to subliminally pick my pocket. 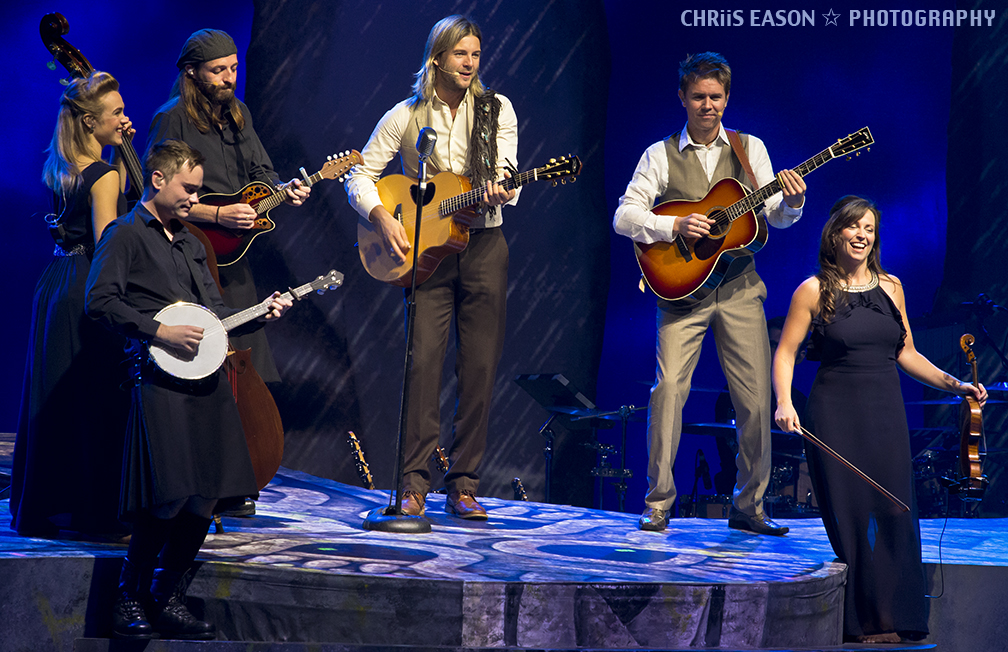 This tour itself was developed around a more traditional, yet somewhat mystic side of Gaelic music with a few surprises thrown in from the recently released Mythology album. The concert itself was very reflective of the PBS special featuring Celtic Thunder that has been airing the past several months during their fundraising drives. If you saw the special – and I watched part of it – then you knew pretty much what to expect from this show and the musical offerings from the six talented vocalists. The interesting aspect of this particular production was the appreciation you derived from watching the show live as opposed to a television screen. It really made a difference.

It’s a safe bet that in 2007 when famed Irish composer and arranger Phil Coulter was approached by Sharon Browne – the brains behind the highly successful Celtic Woman – to create a production around male vocalists exploring Celtic music’s rich heritage, both parties knew it could turn into something very special. The success their “idea” has enjoyed the past several years more than justified their optimism. In six years, the Irish group has released several No. 1 albums on the Billboard World Music charts, been the subject of highly successful PBS specials, and more importantly, have successfully toured the world bringing audiences their passionate renderings of both tradition and contemporary songs from their island nation.

Celtic Thunder may have started out with five male soloists performing alone and together, but tonight six singers were featured performing various skits either as soloists or in various ensemble numbers. The exceptional vocalists were Emmet Cahill, Keith Harkin, Ryan Kelly, George Donaldson, Neil Byrne and Colm Keegan. In another surprising development, after the show’s conclusion singer / guitarist Harken – a crowd favorite – went out and performed a solo show at Poor David’s Pub in Dallas. Never seen that happen before, then again, this is the first time I ever witnessed the main attraction come on at 7:30 to accommodate one of its member’s solo outings afterwards.

As a Celtic Thunder ‘newbie’ I was surprised at the eclectic mixture of songs that were interwoven throughout the show. When I first heard the words “The boys are back in town” sung from the stage, I’ll admit to being a bit shocked. Then I realized that Thin Lizzy was an Irish rock group, so covering their 1976 classic sort of made sense. I did think it was funny that the song itself was older than all the members in the group except George Donaldson. I would also be mildly surprised when a couple of members performed a stunning rendition of the iconic Simon & Garfunkel tune, “The Sound of Silence.”

The ‘lads’ were accompanied by a very accomplished eight-piece band that featured a string section, guitars, drums, whistles and keyboards. The stage resembled an ancient stone backdrop inspired by Celtic folklore highlighted by smart light show that wasn’t overbearing or foolish. All you really had to do was sit back and soak up the atmosphere of this clever theatrical production.

I think it’s fascinating that the powers that be which run Celtic Thunder have no problems with its talented cast of singers pushing their own solo careers. Though each member of the troupe owes everything to the opportunities that have arisen out of being a part of this ensemble, they’ve managed to balance the two responsibilities into very interesting careers. Each artist is given ample time to showcase their remarkable singing talents, and when they do blend their stunning voices together, it really is a thing of beauty to witness and hear.

It’s difficult nowadays to find really good musical entertainment which appeals to all ages. It’s even more amazing when those audiences grow with you over the years. Celtic Thunder has managed to do that and more.
When it comes to music, Ireland has definitely mastered the art of entertaining the masses – whether it’s through song or dance – by tapping into the knowledge there’s a bit of Irish in everyone.