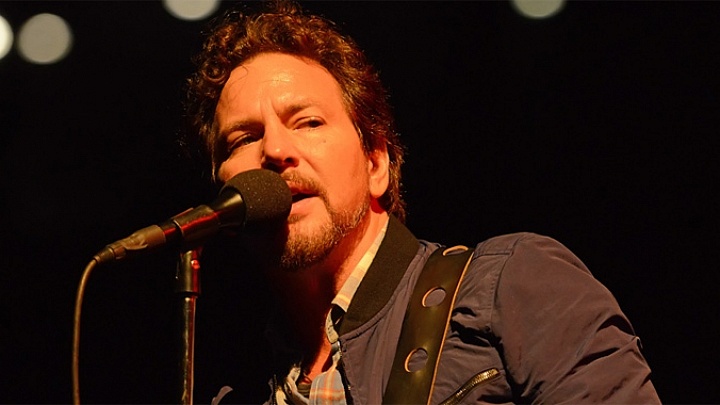 Talk about getting overly excited.

After a decade of waiting for Pearl Jam to finally make an appearance in Oklahoma City, fans were so eager to see the performance, the Chesapeake Arena opened up previously shut down seating areas to accommodate the overwhelming ticket demand. It was a wise decision.

Touring behind their recently released recording, Lightning Bolt, this was the second night of the Seattle band’s fall tour. The opening act, Midlake, did an excellent job getting this audience pumped up to start ‘rockin’ in the free world’ for what would be an almost three-hour set of Pearl Jam’s past, present and perhaps a glimpse into its future. 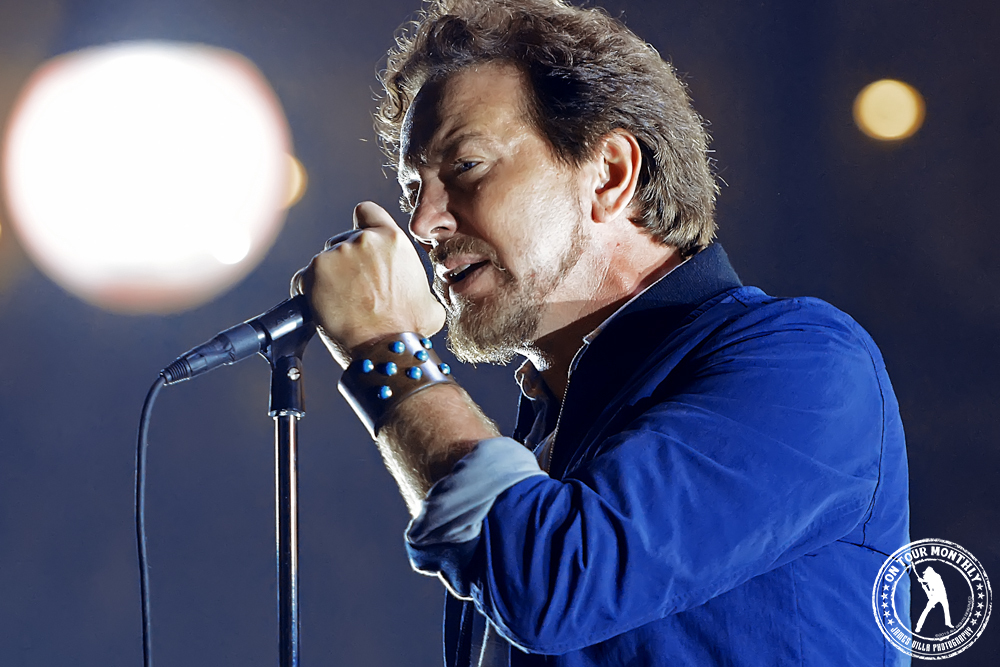 Vocalist Eddie Vedder is renowned for making up the group’s nightly set list just before they go on stage. He certainly threw this sold-out crowd a curve ball when the tinkling ivories, played by guest keyboardist Boom Gaspar, floated out over the sound system to introduce the opening number “Wash”. The relatively unknown track was a bonus song only included on the band’s European version of its epic 1991 debut Ten. The tune caught this knowledgeable audience completely off guard and set the tone for the evening – expect the unexpected.

All-in-all Vedder, guitarists Mike McCready and Stone Gossard, bassist Jeff Ament and drummer extraordinaire Matt Cameron (fresh off the Soundgarden tour) would perform 31 Pearl Jam songs ranging from deep cuts to classic tracks. The list was dominated by songs from the recently released Lightning Bolt, but in actuality it was the celebrated Ten that was the star attraction this evening. Eight tracks from those legendary recording sessions were performed to the absolute delight – and total shock – of this very appreciative audience.

When “Sometimes”, off the No Code album, was followed by “Elderly Woman Behind the Counter” off Vs, everyone understood they were going to hear hidden gems and golden nuggets from Pearl Jam’s extensive album catalog. The only question was which one. Throughout the night, almost all the songs became sing-a-longs, constantly cheered to, and always heavily applauded upon their conclusion. Vedder, whose vocals were in superb shape, even did double-duty as a sommelier during the evening. He generously shared his bottles of wine onstage with lucky fans at the front of the barricades.

One of the truly amazing aspects of a Pearl Jam concert is the extensive knowledge their fans possess of the music produced over the course of this band’s 22-year history. This night, and I suspect every stop on this tour, was met with thousands of voices accompanying Eddie Vedder on every composition he sang, including the new ones off Lightning Bolt. The vocal support of the songs on this album was even more amazing simply because the record was just released a month before the start of this tour. Seriously, every number Pearl Jam performed was met with resounding applause. And again, the energy inside this arena, as well as the fervent fan support, was truly an awe-inspiring spectacle to behold.

After a thunderous and emotional “Even Flow,” highlighted by McCready’s spellbinding guitar work, Vedder dedicated the next song off Lightning Bolt, “Sirens”, to the victims of last May’s F5 tornadoes that ripped through the Oklahoma City area in a nine-day period. Other tracks from the new recording performed included “Mind Your Manners”, “Let the Records Play”, “Yellow Moon”, “Infallible” and the title track. The band made sure to acknowledge all their fans in attendance this evening as the climbed over and around their stage equipment to perform “Last Kiss” to fans behind the stage. 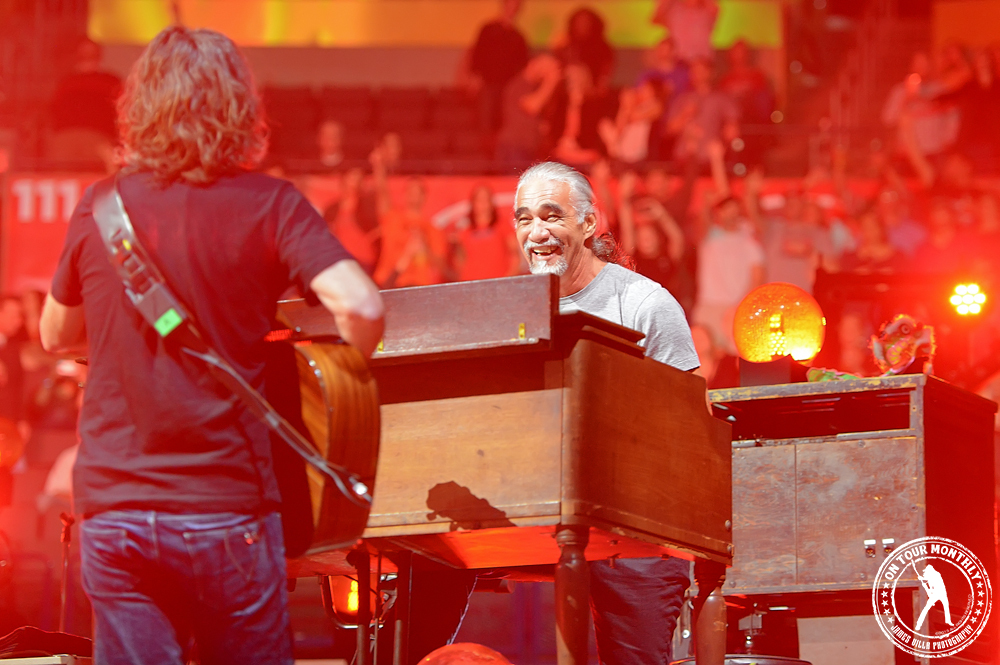 You would have thought this Pearl Jam concert was a greatest hits show the way this crowd excitedly reacted when various numbers were introduced. They sang, the clapped, and most of all they thunderously cheered (no wonder their basketball team is called the Thunder) as they all remembered what it was they had missed about Pearl Jam the ten years the group had been away. The intensity of the music, the sincerity of Eddie Vedder to show he truly cared about the people he was performing to, all added up to a memorable performance that touched everyone in this building.

Nearing the end of this three-hour endurance test, the band launched into their raucous version of “Baba O’Riley”. The building literally shook as the crowd sang every note to the Who classic. Vedder led everyone through the melodic adventure that not a single person in the arena would ever forget. It was truly a sight to see 15,000 voices strong accompany the Pearl Jam singer note for note. To top off the thrilling night, the band said its goodbye with another outtake from the Ten album, “Yellow Ledbetter.” The surprising choice left the crowd still cheering minutes after the band had taken its final bow.

It’s often said that music has the power to heal. For this audience, Pearl Jam’s performance more than repaired the emotional wounds fans had felt the past decade being ignored by their heroes. Vedder promised the band would try to do better in the future. It didn’t matter if a wink and a nod accompanied the gesture. The Seattle quintet had done more than enough to create lasting memories until the next time they returned – this decade or the next.