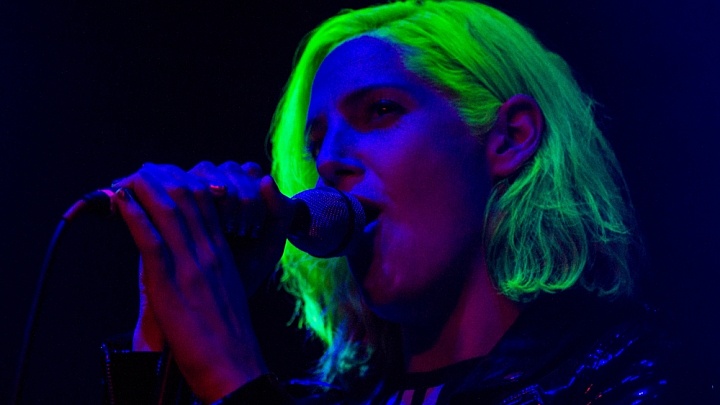 Not long after Austin City Limits announced a double-weekend format, many of the festival’s acts (headlining and otherwise) announced a stopover date in Dallas. Given that only four days separate the last night of the first weekend and the first night of the last weekend, October 7 – 10 quickly became some of the more sought after show dates for the Dallas/Fort Worth area.

Luckily, New York-based pop duo MS MR snagged the first night at the House of Blues’ Cambridge Room. And their sold-out show was a spectacular way to begin the week. 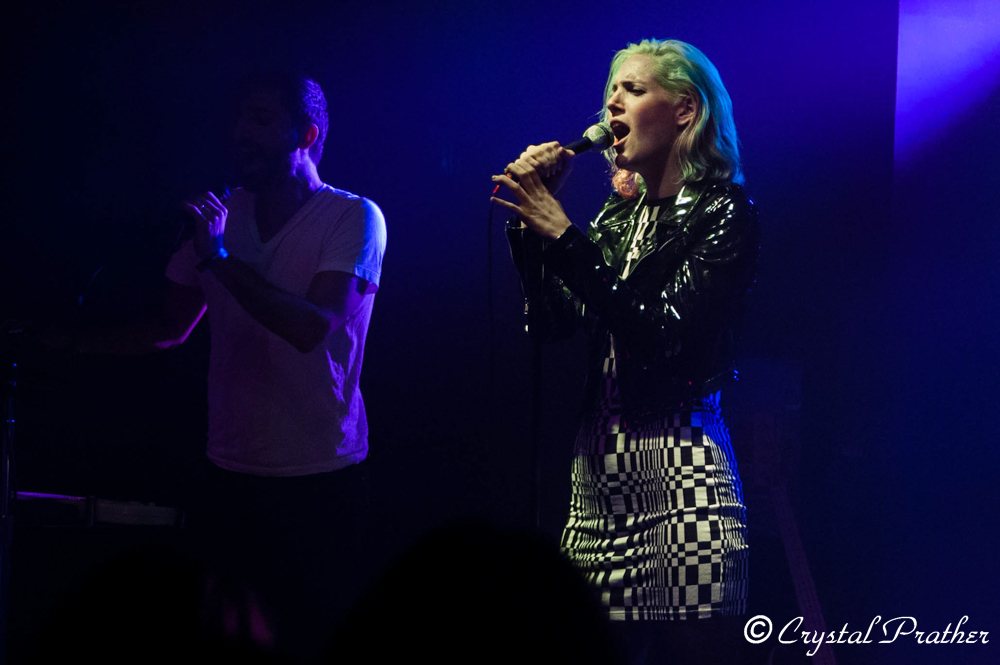 Following an alarmingly dance-driven powerhouse set by opener Bear Mountain (and I can’t stress this enough – these guys knew how to party), MS MR’s Lizzy Paplinger and Max Hershenow took stage, greeted immediately by a sold-out crowd spanning from stage to bar.

From the look on their faces, welcoming a sellout crowd is still not something Paplinger and Hershenow are completely used to. After all, the origin of MS MR only dates back three years. Driven by an aesthetic that doesn’t really sound or look like anything else amid the musical landscape (although most comparisons link them to Florence + The Machine, Adele and Phantogram), the depth of MS MR’s talent is something of a riddle in itself. How, with only the help of a drummer and a guitarist, are Paplinger and Hershenow able to deliver such uniquely sultry music that punches just as effectively as it pacifies?

The answer is in their origin.

“We say at our heart we are pop artists,” Paplinger told Elle Magazine shortly before their Lollapalooza exclusive set in Chicago on August 4. “For us, it is really liberating, because pop can mean anything.”

For the most part, this is absolutely the most compelling piece of the MS MR puzzle. Their music establishes genre notoriety because of their willingness to admit that a genre is as fluid as you allow it to be.

“These are the first songs we have ever written, so a lot of MS MR and this writing process is just experimenting,” Paplinger said.

Citing influences from Patsy Cline and Shirley Manson to Gwen Stefani and Beyoncé, MS MR have successfully established themselves as an indie-pop powerhouse with a plethora of staying power.

Paplinger and Hershenow took stage promptly at 10 p.m. Monday night. Crisply donning a black patent-leather jacket and her siganture fluorescent yellow hair, Paplinger launched immediately into set opener and fan favorite, “Bones.” And, as it turns out, the hits just kept coming. Midway through the set, MS MR delivered, “Think of You,” the duo’s latest single and post-pubescent anthem for practically every broken-hearted girl on earth.

“Think of You,” was followed directly by a mind-altering cover of The Arctic Monkeys’ “Do I Wanna Know?” Displaying all the musical tightness and melodic synchronicity of the original, MS MR’s rendition fully captivated even those concertgoers who were unfamiliar with it.

Ultimately, MS MR’s coup de grâce was not the set-ending crowd-romp single, “Hurricane,” although that’s not to discount its popularity or appeal. Rather, the show’s high point came in the form of a cover of LCD Soundsystem’s immortalized, “Dance Yrself Clean.” Clearly removing about three minutes from the original (since LCD’s version runs just short of nine minutes), Paplinger and Hershenow let loose every weapon they had in their arsenal. Paplinger went nuts. Hershenow went nuts. The rest of the band went nuts. The crowd went nuts. And I went nuts.

MS MR will be back in Austin this weekend for Week Two of Austin City Limits.