Whatever Happened to Franz Ferdinand? 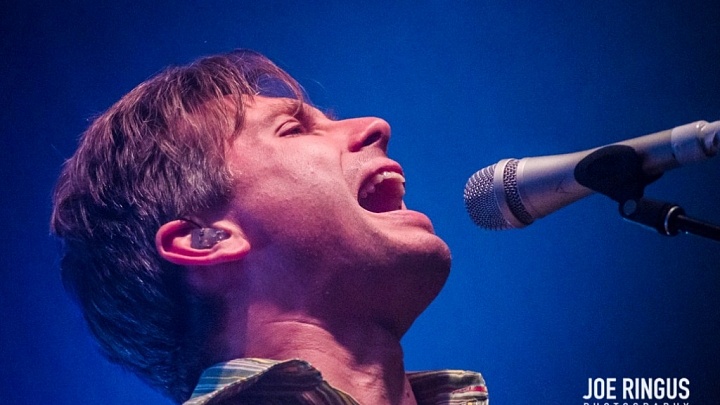 “Whatever happened to Franz Ferdinand?”

Seriously, what happened to the four-piece outfit out of Glasgow, Scotland that took the United Kingdom by storm with their self-titled album released ten years ago? They made a triumphant debut in the U.S. and have developed into one of the best live acts you could ever hope to see. Yet the band remains somewhat of an enigma, especially in the States. After a very promising start, Franz Ferdinand just can’t fill medium size halls, let alone arenas.

This band showed a ton of promise when they first hit the music scene. Their debut nabbed the 2004 Mercury Music Prize award for best album. They also won a couple of BRIT Awards (England’s equivalent to the Grammys) in 2005 for Best British Group and Rock Act. Their acclaimed effort also sported three Top Ten singles,”Take Me Out”, “The Dark of the Matinee” and “This Fire”. Yet here they are today, stuck in small halls holding 2,000 or less, performing in front of a rabid fan base that just seems to grow only in age. 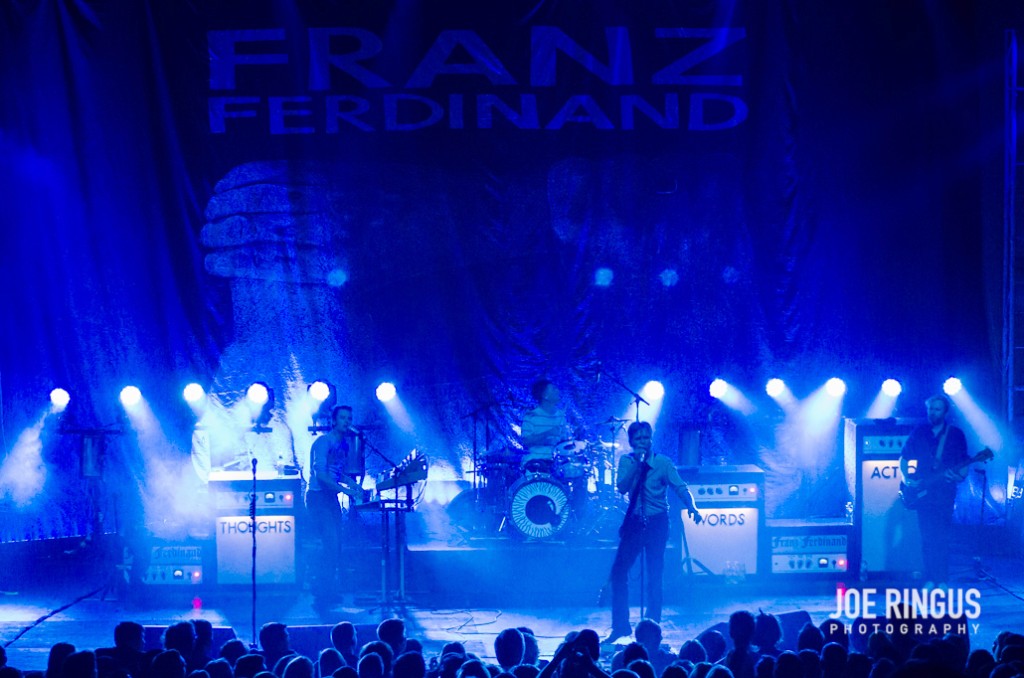 And that my friends, is probably the saddest observation of all. Again, Franz Ferdinand is an outstanding live act that given the chance will simply blow you away. Tonight at the Skyway Theater in Minneapolis, the band did exactly that – put a on a performance this crowd wouldn’t soon forget.

After a brief half hour set by Brooklyn, New York based vocalist Frankie Rose, it was time for Franz Ferdinand to declare their musical intentions. There are always going to be bands you root for when you’re first exposed to them. Franz Ferdinand was one of those acts for me. I honestly had no idea what to expect from this group because of the uneven sound they had created over the past few years. Had reinvention gone too far? Would it be on display tonight? Two albums in eight years simply isn’t enough new music to sustain, yet alone inspire, loyalty to any band. The lack of sustainability, especially when you explode out of the gate like FF did, usually ends up with an eroding fan base. Unfortunately, that’s exactly what Franz Ferdinand is in danger of experiencing today.

Tonight the band played plenty of past hits to mix in with the newer tunes from the latest released, Right Thought Right Words Right Action. Why FF even demonstrated they had perfected the art of subliminal messaging by posting ‘Thought’, ‘Words’ and ‘Action’ on three separate stage amplifiers for the crowd to absorb. Very clever these Scots!

They kicked things off with their massive hit, “The Dark of the Matinee”, from their superb self-titled debut album. The tune got the crowd squarely in the band’s corner. From that point on, FF alternated between new tunes – “Bullet”’ “Evil Eye”, “Stand on the Horizon”, “Brief Encounters – and classic cuts like “Do You Want To” and “Walk Away” from the 2005 album You Could Have It So Much Better.
Last year the band cleverly rearranged a portion of the instrumental parts to “Can’t Stop Feeling” by incorporating a section of Donna Summer’s classic, “I Feel Love”, into the song. The move breathed new life into the track. The Skyway Theater was an excellent venue to absorb the full Franz Ferdinand affect. Singer Alex Kapranos was so overwhelmed during portions of the show he even had to retrieve his inhaler mid-set to take a couple of hits. An asthma attack was not going to stop him from performing before this adoring crowd.

Considering the band performed eight of the ten cuts from its new album, the show had a very even pace to it that kept the audience fully engaged. Again, the band’s previous three recordings were well represented with all the songs – new and old – making a seamless transition from one to the other.

Honestly, Franz Ferdinand has become somewhat of an enigma. Kapranos and his fellow band mates – keyboardist Nick McCarthy, drummer Paul Thomson and battery mate bassist Bob Hardy – have no problems pushing the boundaries when it comes to creating music. Though the new material had more scope and depth to them, you almost wished this recording had followed up their debut instead of appearing three albums down the road. But I digress. There’s really no reason to nitpick this show.

This fully involved crowd loved everything FF was doing. For the real fans, they couldn’t help but wonder what ‘woulda, coulda, shoulda’ the Scots created had they ‘written under the influence’ like this years ago. Let’s face it, when you attempt to take your music in unfocused directions to reflect some fanciful trends – say dance and dub for instance – you’re asking for trouble. But lamenting over those observations was best left to talk about another day.

This evening was all about the return of the fearsome Scottish foursome to the Twin Cities. They indeed had the right thoughts, right words and right action to put on a great show. It may not have been the most perfect of homecomings, but it certainly was one of the happiest. No one left without a smile this night.