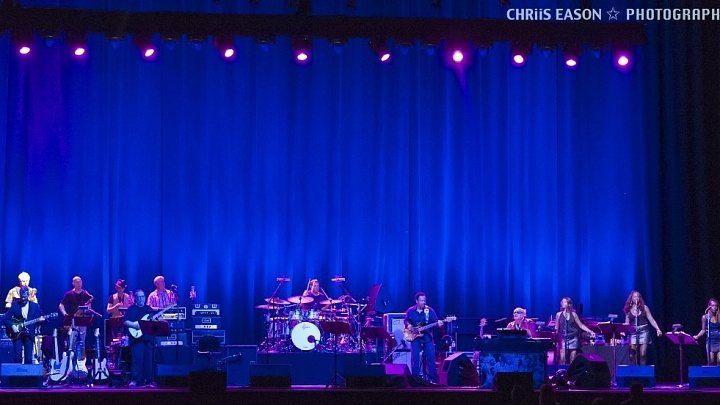 When it comes to creating music, the word ‘perfection’ is a term that literally sends a shiver down a musician’s spine. The reason is simple. Every artist’s concept of the word is different, thus it’s nearly impossible to attain. Still, it’s a utopia that has driven many songwriters to extreme lengths to attain that dream-like state within their music. That was especially the case for the keyboard and bass playing duo of Donald Fagan and Walter Becker, the masterminds behind Steely Dan. Four decades after they came on the scene, their music is still sending audiences into their own ‘countdown to ecstasy’.

On a beautiful summer evening at the Verizon Wireless Amphitheater in Atlanta, a near capacity crowd was treated to an evening of the band’s inventive mix of rock, jazz and pop styles that covered selections from the group’s entire 1970’s catalogue. The climax of the evening however, actually started the show. 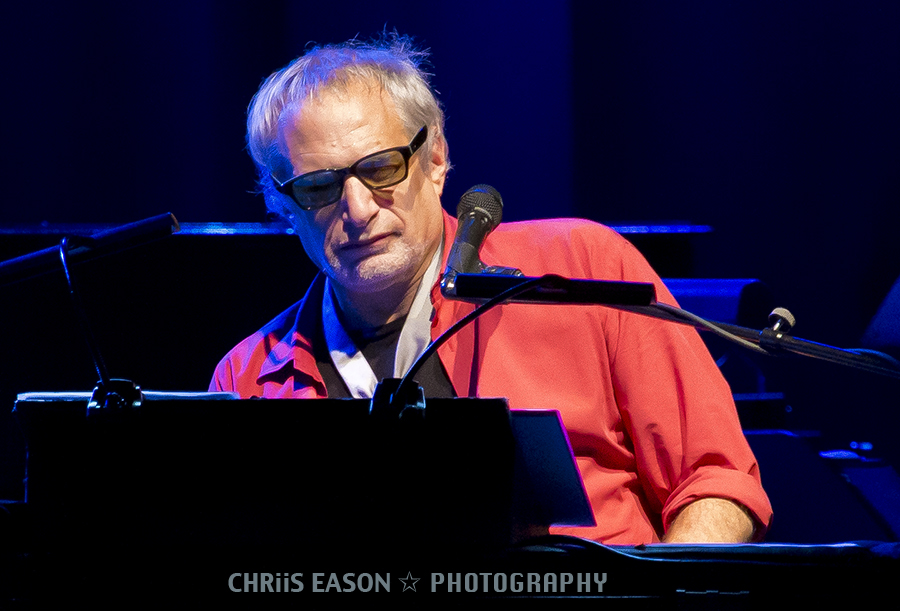 “Black Cow”, off the iconic Aja album opened the show. This knowledgeable crowd then got its hopes up even further that the entire album would be performed when Fagen began the familiar ivory strain to the record’s title cut, “Aja”.

This eight-minute mini-suite of cleverly mixed jazz-influenced styles with pop-rock sensibilities holds a special place in the hearts of all Steely Dan fans. It’s not that the lyrics make that much sense throughout the piece (but are certainly easy to remember and sing). It is the incredible instrumentation you hear throughout the epic track that makes this the stand out song among all of Steely Dan’s compositions. “Aja” is not only the longest and most complex recording Fagan and Becker ever undertook, it’s just a pure joy to listen to. The band followed their masterpiece with another brilliant number “Deacon Blues” and from that point on, the audience relaxed to hear the remaining numbers from one of the greatest albums recorded in the 20th century. When the final strains of “Josey” came to an end, most people in the crowd would have gone home happy if the 12-piece band had walked off the stage to call it a night. Instead, almost 90 more minutes of musical bravado awaited them.

Everything was literally downhill from this point, and with Steely Dan, that is not a bad thing. The rest of the 15 songs on the Steely Dan set list were culled from all their ‘70s studio recordings and even a tune, “Gowdwhacker” from the band’s 2003 studio offering, Everything Must Go. There was “Reelin’ in the Years”, “Kid Charlemagne”, “Rikki Don’t Lose that Number”, “Hey Nineteen” and “Black Friday” that had this crowd swaying to and fro. Would I have preferred to here “Any Major Dude Will Tell You” or “Don’t Take Me Alive” off of The Royal Scam played on stage? Of course I would have, but honestly, after hearing Aja played from start to finish, everything else performed this evening was a gift.

It’s funny how yesterday’s classic music is viewed by audiences. Ask today’s generation what a pay phone or an eight-track tape is, and they’ll more than likely shrug their shoulders and look it up on their smart phone. Such is the way of the world these. For those of us who grew up in the dark ages, which is anything recorded last century, the past is something we cherish, especially when it comes to music.And Steely Dan is a prized possession.

This wonderful evening, the older generation was taken back in time to a period when their skin was smooth, their hair was long (both men and women) and no one had a care in the world. Can’t buy a thrill? You can when you listen to Steely Dan.