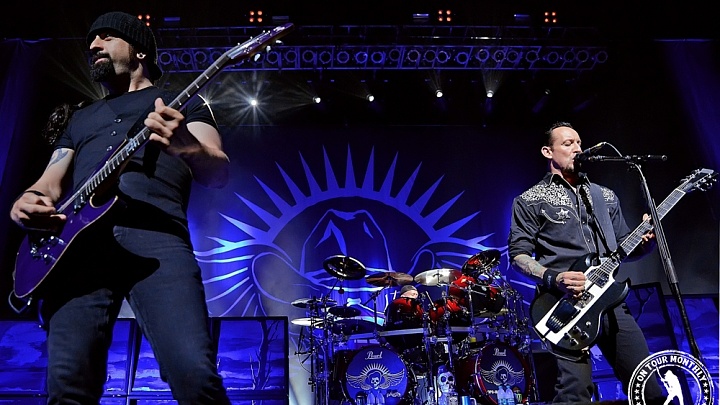 VOLBEAT, HIM, ALL THAT REMAINS, AIRBOURNE

This year marks the third installment for the Rock Allegiance Tour. The tour will bring American audiences rock music with a decidedly international feel. Danish superstars Volbeat, who have enjoyed No. 1 status at active rock radio, will share the stage with HIM, a cult favorite from Finland whose fans are disciple-like in their devotion. All That Remains have scratched and clawed their way out of Massachusetts and rocketed up the radio charts over the past half-decade, all the while keeping a firm foothold in the hard rock/metal scene. Airbourne have been making a name for themselves ever since emerging from Australia, armed with plenty of riffs and just as much attitude.