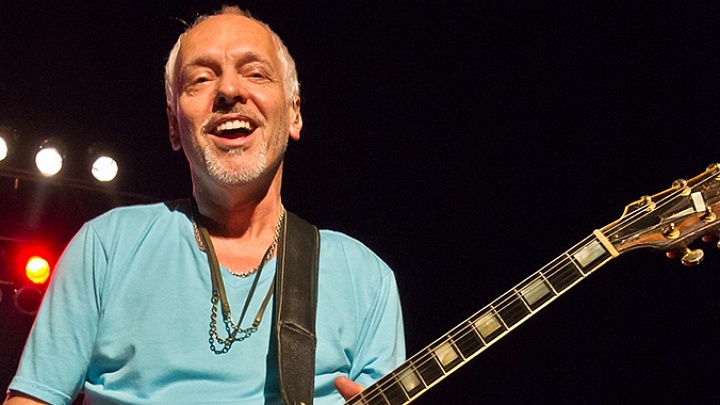 If there is one thing Peter Frampton is familiar with, it’s the travails of being a talented, yet unheralded musician whose mastery over his instrument was virtually overlooked for decades. His current tour, aptly titled Frampton’s Guitar Circus, attempts to rectify that situation not only for himself, but other unheralded guitarists as well.

The English virtuoso’s nearly four-hour show has been a revolving door of extraordinary guitar players joining him along various stops throughout his tour. They include Robert Cray, Vinnie Moore, Steve Lukather, Don Felder, Rick Derringer, Kenny Wayne Shepherd, David Hidalgo, Mike McCready and Roger McGuinn to name a few. Seriously, you never know what unheralded ‘ringmaster’ is going to make an appearance at these shows with his guitar, and that’s been the beauty of this ‘circus’. 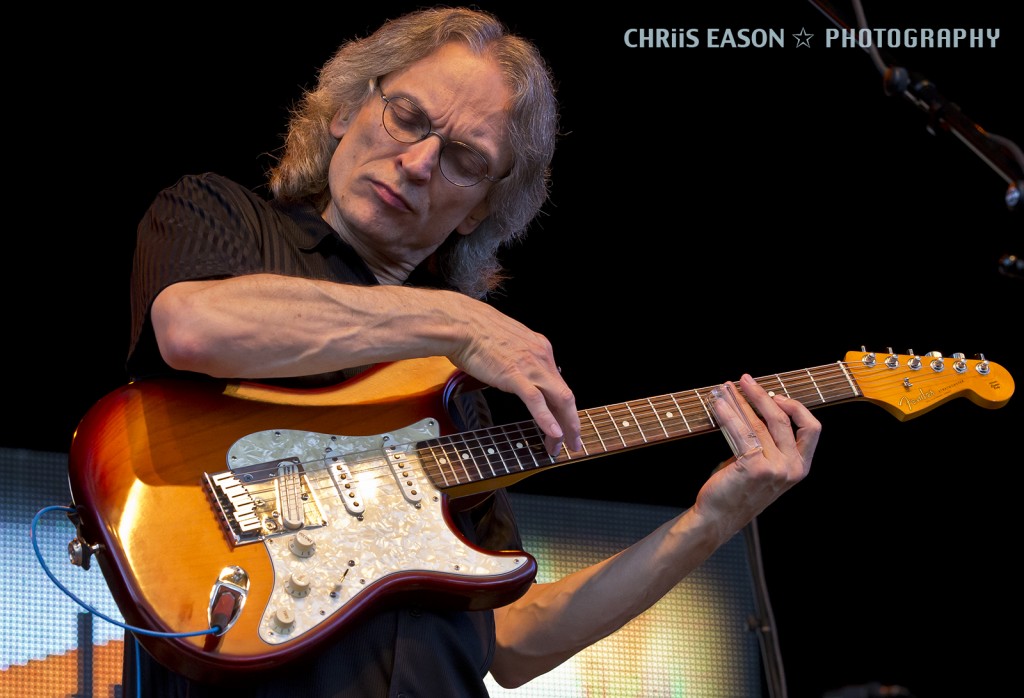 Tonight, an avid crowd was treated to a great surprise when country blues great Sonny Landreth took the stage. This Southwest Louisiana native is a slide guitar legend who has become a fixture at Eric Clapton’s Crossroads Festival over the years. His half hour smorgasbord of Delta blues offerings had the audience tapping their feet and nodding their heads. It’s hard to find the right words to describe the extraordinary musicianship that was on display. The sound emanating from Landreth’s fingertips was a language all its own. Let’s just say that when the musician left the stage, thousands of people would never forget the incredible show they had just witnessed.

Then it came time for the man himself to make his entrance, Mr. B.B. King. 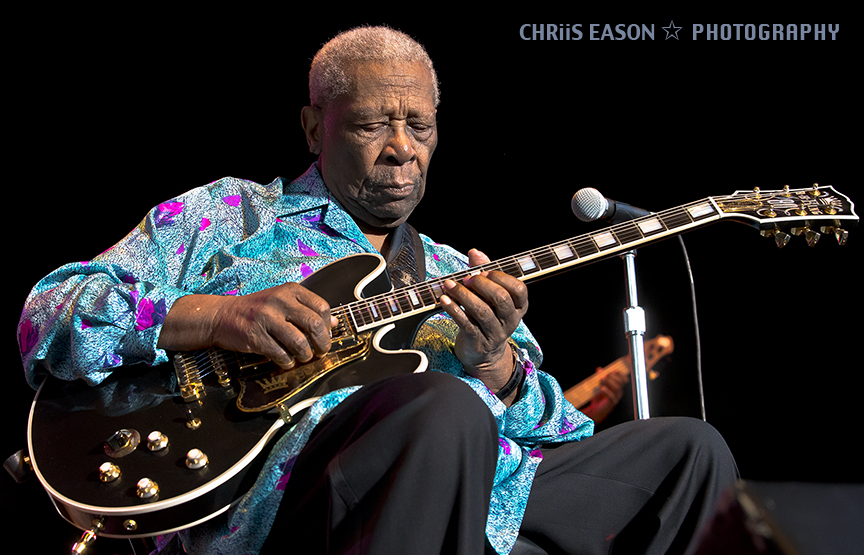 The initials alone speak volumes about this iconic musician. The mere fact that King is still touring at the tender age of 88 made his appearance this evening all that more remarkable. Yes, BB has a tendency to talk more than he plays nowadays, but who cares. The thrill is certainly not gone when he finally decides to let his beloved Lucille say a few words for him. BB and his band rocked the crowd with some Chicago blues during his hour long appearance. They also performed several numbers that made this artist the revered figure he is today. BB loves to talk, and his outlook on life had many in the crowd laughing, including himself. There have been so many accolades plied on this Mississippi native over the decades, there’s no way my observations on his performance are warranted. Suffice to say it was an honor to be in his presence.

Peter Frampton is an entirely different story. He built a name for himself in the early ‘70s as a serious solo artist who could play some very mean chops on his guitar. He had left the band he founded, Humble Pie, at the peak of their popularity because he felt the hard rock groove his side kick, Steve Marriott, was enthralled with was overwhelming the technical skills he had spent years perfecting. Though he gained his own notoriety with the release of his momentous Frampton Comes Alive recording in 1976, his entire career came unraveled due to his unfortunate decision to star in the disastrous 1978 film, Sgt. Pepper’s Lonely Hearts Club. Not only did the movie snuff out his once thriving career, it would take decades for him to earn back the respect from fans he had lost turning himself into a shirtless pop idol.

As Frampton walked on stage, he was greeted by a tremendous applause. I’m sure many of the folks in this crowd had bought a copy of his infamous Come Alive album. That didn’t really matter tonight. Everyone in this audience had their own Frampton story, or stories, and it was the wonderful music of his past that brought them all together to relive those times.

On several occasions throughout the night, Frampton was beaming as he belted out notes on his black, 1954 Gibson Les Paul. Many in this audience recognized the guitar as the one that helped make his 1976 triumph one of the best-selling live albums of all time. Most probably weren’t aware that the guitar had been lost for 30 years and was only just recently returned to the artist. 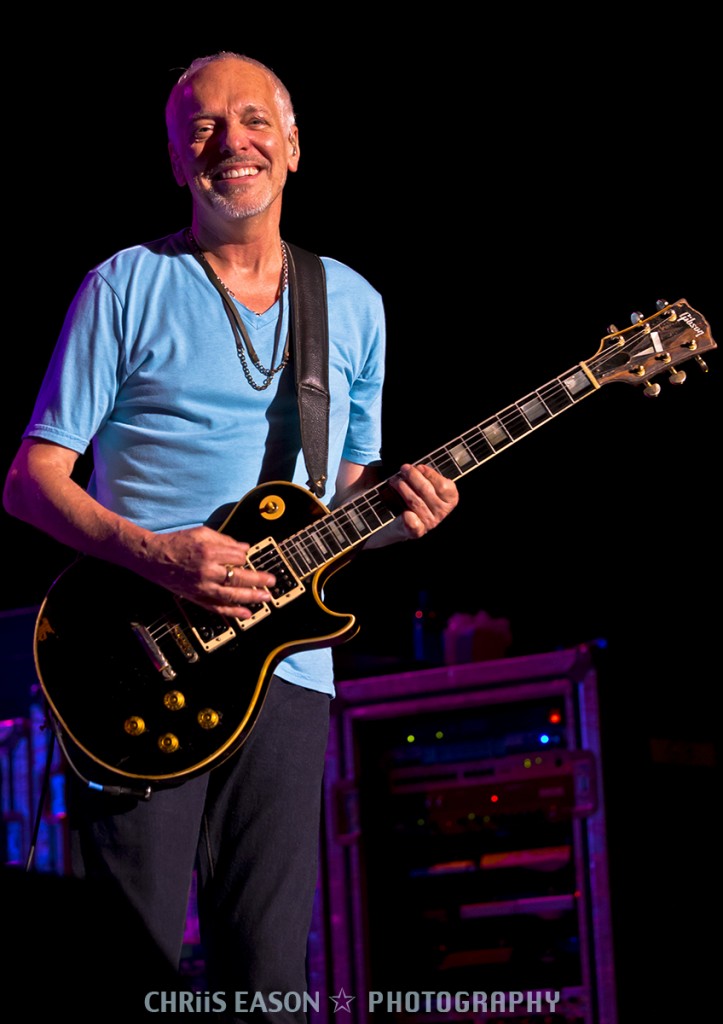 In 1980, the guitar was put on a cargo plane leaving Caracas, Venezuela for Panama, where Frampton was scheduled to perform. The plane crashed after takeoff, killing all abroad. Miraculously, someone pulled the guitar from the wreckage and sold it to a musician on the Dutch Caribbean island of Curacao.
In 2009, the guitar surfaced when the local musician, who had performed on the instrument for decades, took it to a local customs agent on the island who just happened to collect guitars and repair old ones. When he spotted the unusual third set of pick-ups, the gentleman contacted a rabid Frampton fan in the Netherlands who confirmed his suspicions. He was holding the long lost guitar thought to have vanished in the plane crash. Two years later, when the musician fell on hard times, he sold the guitar. Frampton was reunited with his once forgotten treasure in December, 2011. He played the guitar often this evening.

This tour is a homecoming of sorts not only for the audience, but for Frampton himself. The evening culminated with a simple question – “Do you feel the way we do?” The resounding applause and cheers spoke volumes. Tonight, long lost friends reunited over the sound of music. An old friend had found its way back home. And appropriately enough, the evening ended on a triumphant note as Frampton made his guitar gently weep.