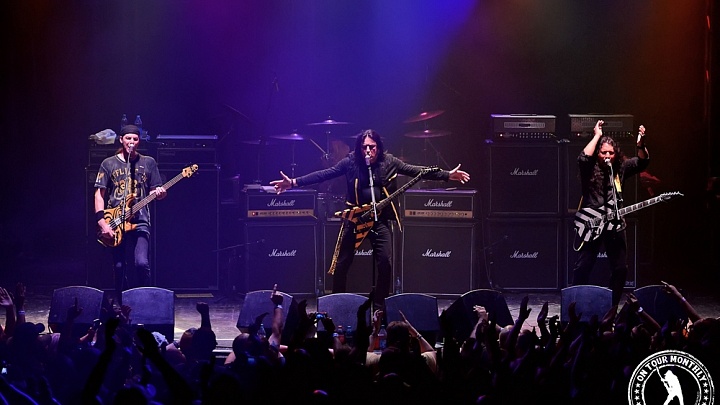 Stryper. Yes, Stryper. For more than 25 years, the Christian-inspired metal hair band has delivered an inspiring message to legions of Christian rockers and straight-up metalheads with their electrifying stage show, and Friday, June 28 was no different at The Granada Theater in Dallas.

A near capacity crowd packed the Granada’s lower level, arms raised and ready to rock. And in keeping with their roots, Stryper’s frontman Michael Sweet began the concert with words of praise, then proceeded to light up the venue with powerfully soaring vocals on their opener, “To Hell With The Devil“. Trading lead licks with notable shredder Oz Fox, the riffs were heavy, and the solos scorching.

Bassist Tim Gaines and drummer Robert Sweet laid down a hard and solid backbeat, creating the foundation for a show that had the crowd on their feet from downbeat to final encore. Playing their crossover mainstream hit “Shout It Out“, and notable fan favorites “Honestly” and “Heaven and Hell“, the crowd gave back to the boys in yellow and black with wild applause and a rousing response to the new single “Marching Into Battle“.

Oz Fox sported a hot new GWM guitar, and proceeded to put on a clinic for aspiring metal guitarists. The show was well-produced, the sound loud and clear, the intonation and melodies right on the money, and the stage presence was incredible. Overall, the rock pedigree the boys in the band possess was on full display, and they did not disappoint. 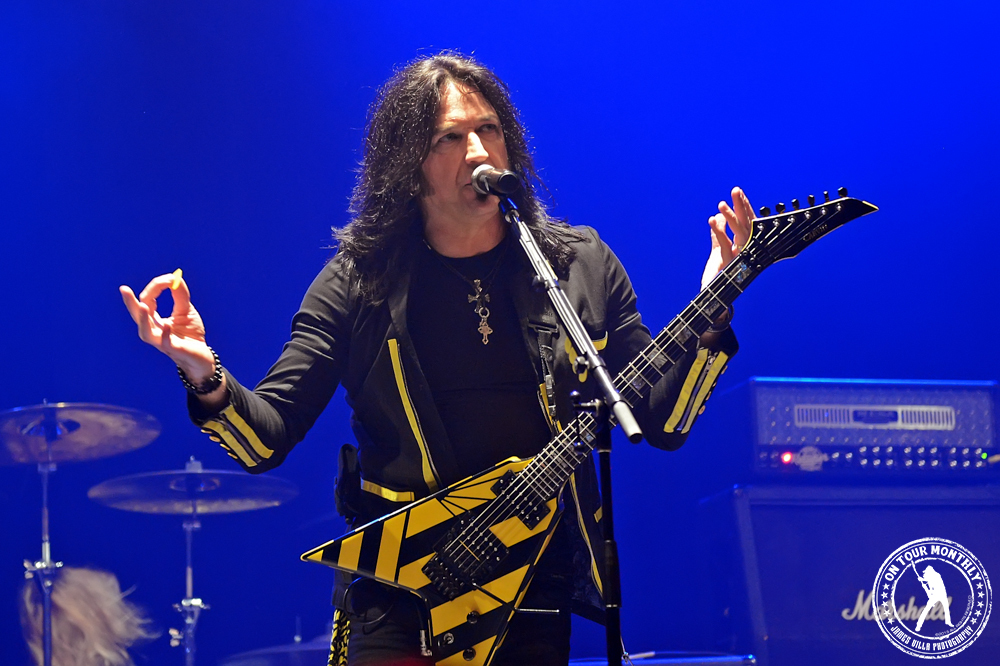