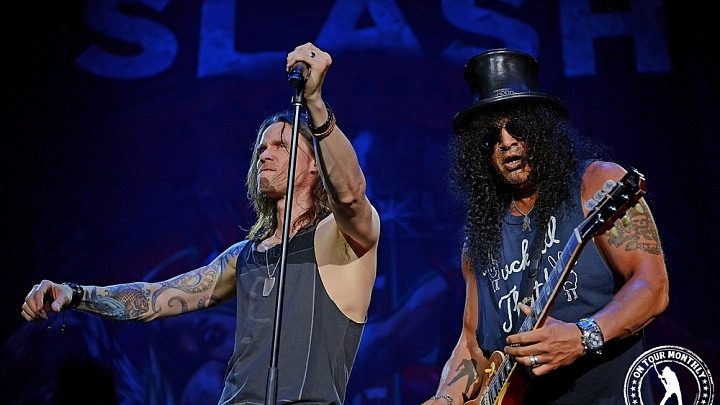 “Metal Stalwarts Sweat It Out In Texas”

In the heat of the Dallas summer, fans of rock and metal gathered at Gexa Energy Pavilion to witness 97.1FM The Eagle’s BFD 2013. Gigantour headliners Megadeth were accompanied by heavy hitters Slash and the Conspirators, Black Label Society, and HELLYEAH. Fans were also treated to new offerings, Device and Newsted, from stage veterans David Draiman (Disturbed) and Jason Newsted (Flotsam and Jetsam, Metallica). Despite the heat, the crowd remained strong. Here’s how it all went down.

Newsted took the stage with the early evening sun still pounding down. Not to be outdone by the heat, they pounded the crowd with a strong brand of metal reminiscent of Flotsam and Jetsam’s punk-thrash influenced riffs and backbeat. Jason’s vocal performance was strong, proving that he is more than just a bassist. He kept the crowd pumping their sweaty fists in the air. Warming up a 20,000 person venue didn’t seem to be an issue for the metal frontman.

Device has burst into the metal scene supported by the fans of David Draiman’s previous catalogue of metal. Obviously influenced by Disturbed, the tunes were nu metal flavor with a dash of pop vocal sensibility. Fans of his previous work will find the songs familiar but with less bite and more presence. David’s regal stage presence remained true and the crowd followed his every move.

HELLYEAH brought the crowd to their feet with raunchy, raucous metal. Chad’s vocal performance was brutal and strong. The band has truly developed into a southern metal masterpiece with searing guitars, chest pounding drums, and killer vocal hooks to keep even the Texas audience bouncing in unison. There was not a dull moment in their set and the fans were ready for more.

Black Label Society, Zakk Wylde’s brutal southern flavored blues metal band, blasted the crowd with fervor. Zakk’s guitar leads were painfully accurate and seared the audience’ ears as the sun’s own heat dwindled in reverence. The band was tight and pushed the audience to the limits with their blessed hellride. The stage was now in figurative flames and the audience wasn’t giving up. There was more rock

Slash and the Conspirators featuring Myles Kennedy never fail to rock. With classic tunes from his earlier years with Guns N Roses, a couple of Snakepit favorites, and modern radio hits from his work with Myles, Slash portrayed his legendary status with ease. His lead work was intense, soulful and passionate. Myles’ vocals and guitar work were stellar as well. The band traveled through the catalogue flawlessly, including a killer vocal performance by Todd Kerns on a couple of tunes. This band is a must-see for all rock fans. 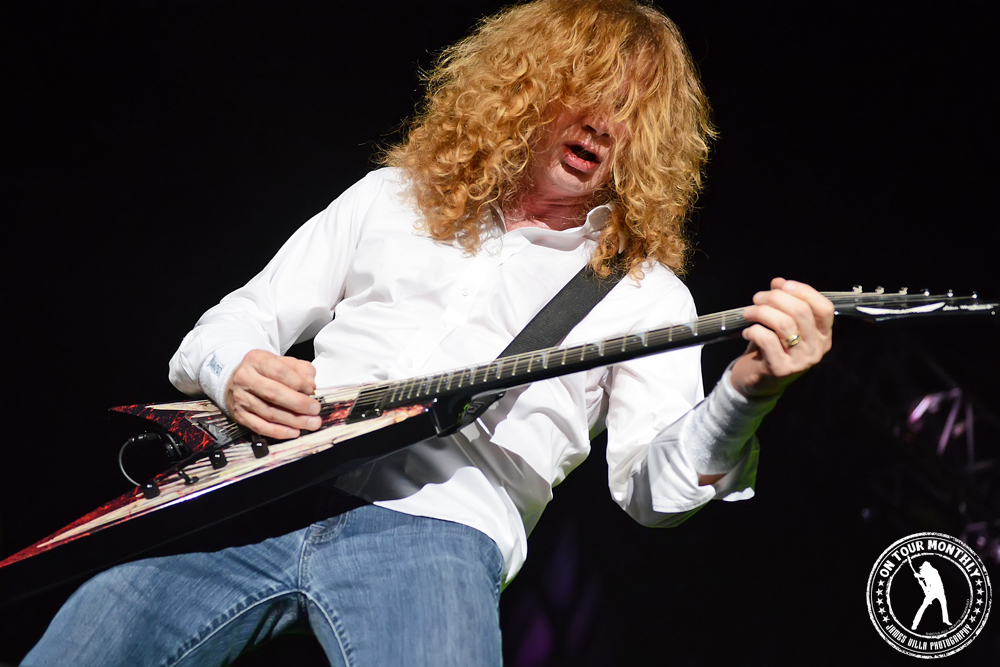 Megadeth brought the big guns out for their performance. The venue shook under the pressure of the metal massacre. Dave Mustaine is still a legend of metal and did not break a sweat in delivering the best of their long career. Chris Broderick performed guitar leads from several of Megadeth’s previous axeslingers without error; including major face-melters from the last three releases. Dallas rock and metal fans got an extra surprise during Megadeth’s set when Mustaine brought out Slash, Vinnie Paul, Zakk Wylde, Jason Newsted, and David Draiman for a special performance of Thin Lizzy’s “Cold Sweat”.

The line-up was full of rock and metal veterans and legends. The beer was cold and the metal was brutal. All in all, a scorching concert topped only by the Texas sun. Mark your calendars for the next BFD or you might just be watching iPhone clips on YouTube next year wishing you had gone.