Kid Rock Does Dallas for a Dub 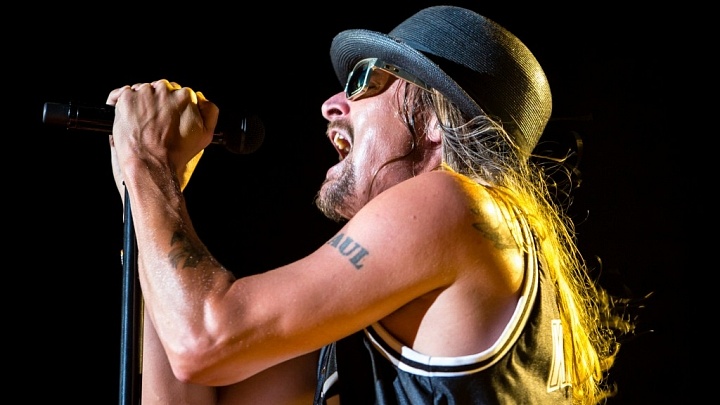 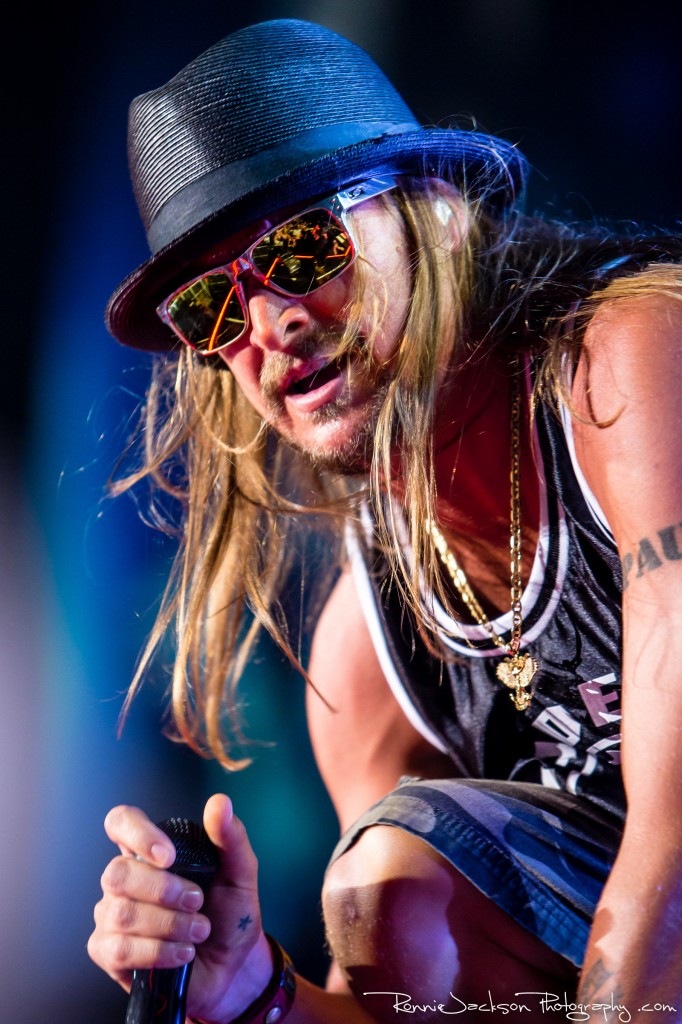 The American $5 bill has been referred to as a “fin“; the $10 bill as a “sawbuck,”; the $20 bill as a “dub“. Shadow dancing behind a backdrop of a twenty as part of his $20 “Best Night Ever” ticket price promotion, Kid Rock brought the near capacity crowd to their feet throughout the evening at Dallas’ Gexa Energy Pavilion.

At the words “Just a city boy, born and raised in south Detroit”, the backdrop came down, the lights went up, and he was headfirst into “Devil Without a Cause”.  The 11-piece Twisted Brown Trucker Band backed his lyrics with force, style, and harmony as he ran around the stage with pure athleticism.  At several points in the show, he seemingly leaped 5-6 feet off the stage, as if on springs. 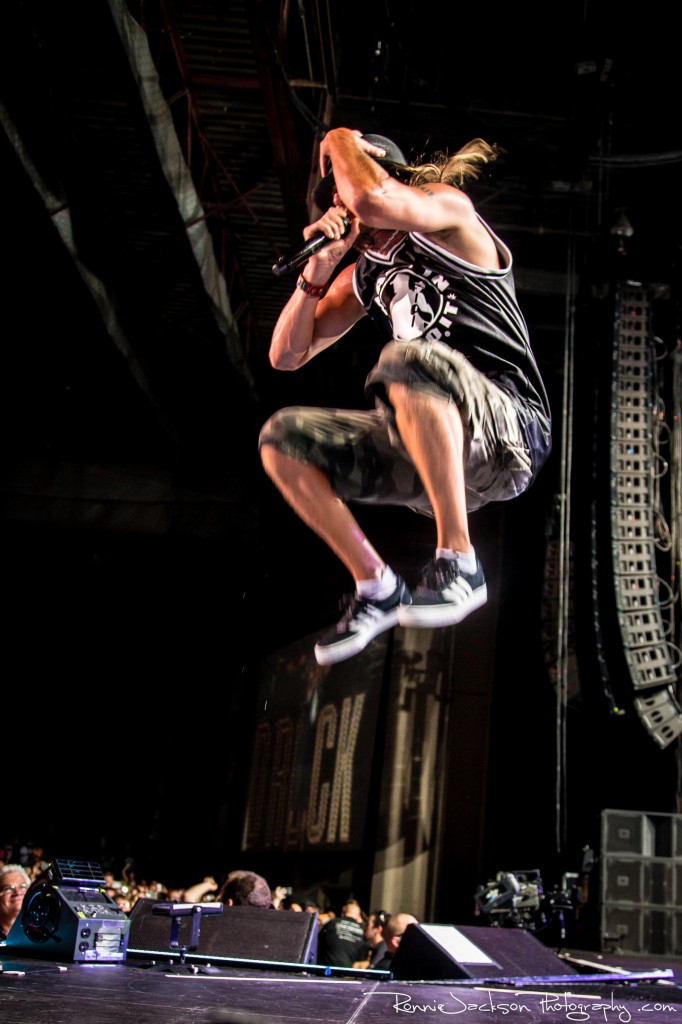 As the night went on, he continued to provide an energetic and well put together show.  “Celebrate“, “American Bad Ass“, and “Cowboy” were all rowdy standouts. The veteran rocker used every opportunity for crowd interaction with the women yelling “Kid” and the men yelling “Rock” on command as he walked everyone through the drill before kicking into “3 Sheets to the Wind”.  When performing “Only God Knows Why” the packed stadium sang the entire song in unison as if they were his personal Sunday school choir.

Sponsorship and product placement were integral to the production.  From strategically product placements on the live feed screens, to flat-out brand announcements; there was no doubt who helped pay for this tour.  He took a few moments to thank all his sponsors, said it helped keep ticket prices down,  and then followed that up with a video clip that included those sponsors.  He poured himself a shot of Jim Beam, thanked our armed forces and America, knocked it down, and went right into playing “Born Free” on a massive piano perched center stage.

For the three song encore, it started out slow and easy as “Picture” was up first. But he soon got the party rolling again like a Caribbean vacation with  “All Summer Long”.  And finally the moment everyone had been waiting for; complete with billowing smoke, hardcore lights, and huge amounts of fire for the highlight of the evening, “Bawitdaba”.

Overall, it was a great show, and my first time to see Kid Rock live.  I was not disappointed and judging from the crowds reactions, I was not alone.  If you have never seen Kid Rock, I can honestly say it’s worth the ticket price, especially when its only a dub.