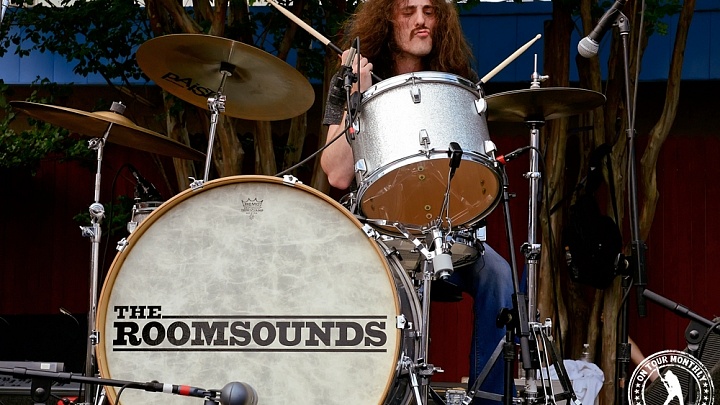 “The Local Stage Gets The Folks A’Dancin'”

The big boys and girls were in town to lay waste to concert-goers sweat glands and eardrums at last weekend’s KXT Summer Cut, and by all accounts, they did both corporeal functions justice. But how did the local DFW bands fare on that second stage?

Well, besides The Orbans awful luck, who were rained out before a single note played, the local bands did the Metroplex proud. A bang up of a job really.

The three bands that tore righteously through the Summer heat; The Roomsounds, Oil Boom, and RTB2 brought the thunder, made the people dance, and gave out the smiles.  Clean, energetic, without a misstep amongst them.

We’d love to go on and on about The Roomsound’s no-nonsense, and welcomed take on 60’s era rock, Oil Boom-er Steve Steward’s awesome beard and righteous Rickenbacker bass tone, or RTB2 drummer Grady Don’s deadpan gaze versus Ryan Thomas Becker’s ostentatious front-man heroics.  But wouldn’t you rather just see it?