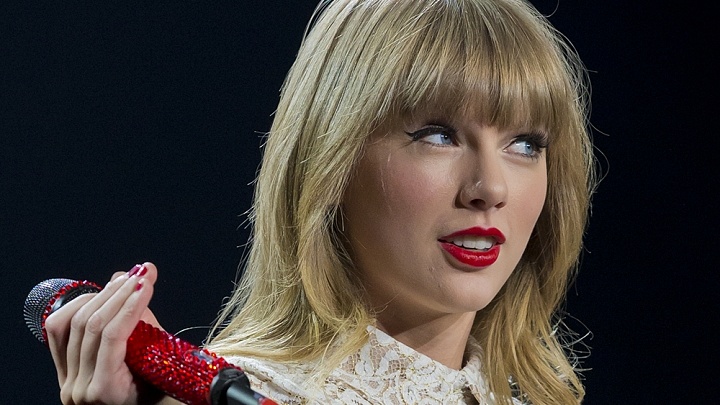 The music world is one strange animal. It breeds all types of genres where one kingdom can separate itself from another, yet boundaries can be crossed between realms when the setting is right. This particular evening, at the mammoth Cowboy Stadium in Arlington, Texas, the stars were indeed aligned for two rulers from the kingdoms of country and folk – Taylor Swift and Ed Sheeran – joined forces to the delight of some 45,000 subjects. 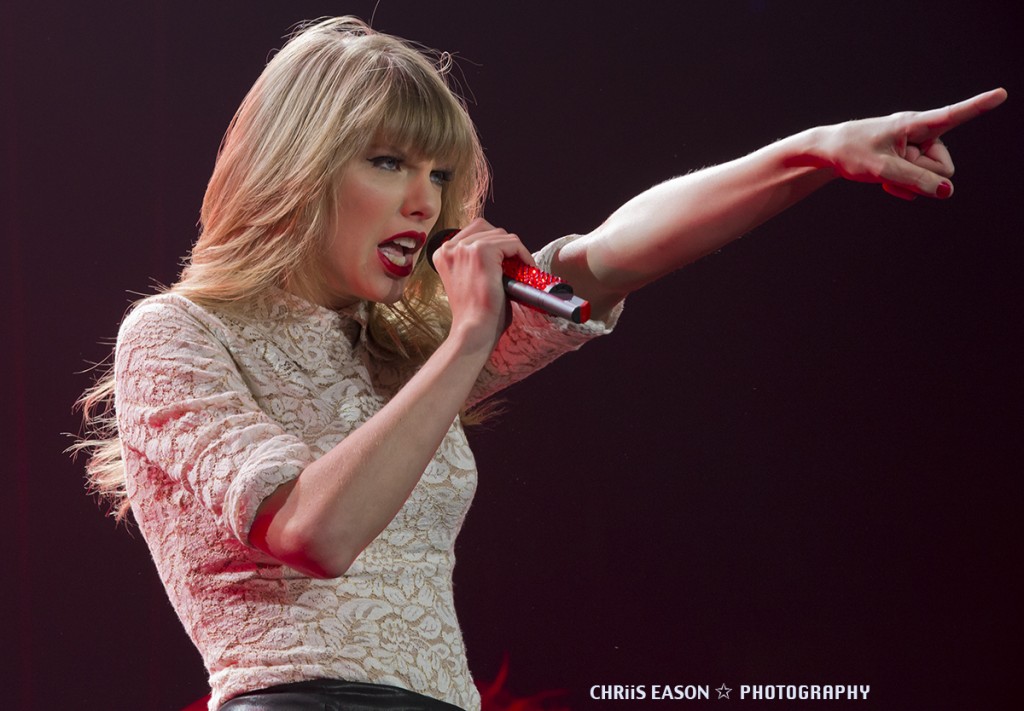 Taylor Swift is truly a once in a generation phenomenon. There is seriously no other way to put it. Though she’s labeled country, her ability to seamlessly cross over with her music into other markets is simply uncanny. There is, however, one key difference that makes her a standout from other extraordinary idols from the past – Sinatra, Elvis, Streisand for instance – and that’s her ability to write the majority of her own songs.

Thematically, Swift has the broken heart syndrome down to an exact science. Her fans not only identify with the heartbreak that seems to be a norm for this 23-year old, they feel her pain as well. She is one of them, and they love her for it. That observation aside, there’s much more to this bubbly blonde chanteuse than meets the eye. She’s very savvy when it comes to giving her fans what they want, especially in concert. The best indication of that was her choice of an opening act for her six-month tour supporting the new album, Red.

Ed Sheeran is a heartthrob in the making despite his less than stellar leading man looks. He’s the ideal counterpart to Swift’s undeniable beauty. Earlier this year, the young Brit went on a solo tour of small halls throughout the U.S. in preparation for the much grander expectations the Swift would bring his way. Each city he performed in was sold out. By asking Sheeran to step out of his down-to-earth comfort zone and walk into her chaotic country / pop world, Swift took a gamble her fans would accept the choice. The decision would not only instantly blur the genre lines, but create a very ‘pop friendly environment’ for the country queen. The move has not only opened Swift up to a brand new world, it has paid some handsome dividends at the box office.

Aside from the fact the 22-year old Sheeran had co-written a song with Swift (“Everything Has Changed”) which he’d later perform alongside her later in the evening, the Brit’s songwriting feats had already made him a household name in England. Part of it was due to his work with the English boy band superstars, One Direction. Ed was responsible for writing their No. 1 single, “Little Things”, in addition to two other album cuts, “Once Again” and “Moments”. All three are concert staples for these teen dreams.

When it came time to release his own debut some 18 months ago, Sheeran was able to stamp himself immediately as a legitimate singer / songwriter with the lead single from the album called “The A Team.” This international hit put Sheeran on the map with the hip teen crowd. Tonight, they all screamed in unison as he took the stage for 30 minutes to deliver a brief, yet energetic set. And when it came to time close his show with “The A Team”, young Ed could have just strummed the guitar and let the crowd sing the words for him. It was quite impressive to watch.

As excited as these teens and 20-somethings were to welcome Ed Sheeran to the Metroplex, the ovation Taylor Swift received was ear-shattering. This artist is much more than the “it” girl of the moment. In fact, she’s been wearing that crown since 2006 when she came on the scene as a 16-year old with her self-titled debut masterpiece. Sincerity oozes out every pore in her body. Whether it’s heartache or joy, this audience shared in the emotional experience each song depicted this night. Though the set was top heavy with material from Red, this was a night of celebration, and Taylor was intent on throwing one giant party for all her friends to enjoy.

I don’t know if you can truly analyze the love Swift has for her fans, and vice versa. The fact this Pennsylvania native is emotionally invested in every song she writes and sings has a lot to do with it. Again, the young Ms. Swift has no problems wearing what has become an oft-broken heart on her sleeve. The sincerity this artist reveals in some of her emotionally tugging compositions was never lost on this crowd, who supported her honesty by singing right alongside her.

Taylor Swift fans absolutely know she will never lie to them because frankly, she does enough of that to herself, especially when it comes to falling in love. This inner angst that has become a common theme in her music has artfully been spun into gold – or platinum – over the years as the young chanteuse has triumphantly overcome her own emotional missteps by laying herself bare in song. In the process, she has created some of country music’s most endearing songs her fans readily identify with.

This concert was telling not for the eleven songs Swift performed from her latest album, but for the tunes she decided to perform from past efforts to round out her set list. There was the make-believe romance of “Love Story”; the hopeful relationship song “You Belong to Me.” There was the stand-up for what you believe in anthem, “Sparks Now” and the ever-telling “Mean”, a declaration of defiance against all the cruel and unkind things people say about you. If anything, Taylor Swift is all about empowerment and rising up against whatever odds are stacked against you. It’s no wonder she connects with millions. Her hope is their hope, and when she says it’s possible to overcome the odds stacked against you to win, her fans believe it.

You don’t have to be a fan of this spry ingenue to appreciate her unbridled talent as a singer and songwriter. The attraction to Taylor Swift doesn’t lay in her undeniable physical beauty, but the imperfections hidden underneath. There probably isn’t a teenage girl in this country – and abroad for that matter – that can’t identify with the cruel tricks the opposite sex has played on their souls their heroine Swift so deftly writes about.

And let’s face it, Swift knows exactly what she’s talking about. To put it gently, Taylor is a bum magnet for rich and famous heartbreakers. A hopeless romantic, the songwriter’s all too brief dalliances always end with her having to deal with emotional fallout of a promising love affair gone bad. She can only mend the wound by writing it out of her soul. Tonight, “State of Grace” “All Too Well” and “We Are Never Ever Getting Back Together” were some examples of the stitches she used to heal her wounds. The crowd reacted accordingly, singing alongside her loud and proud as though they were overcoming the same obstacles in their own lives as well.

Swift’s willingness to open herself up completely to the public through her music, and expose all her warts and flaws, has endeared this artist to her fans. As she grows up the next few years, her fan base will grow right alongside maturing as well. In all seriousness, you really need to attend one of her shows to truly understand the connection she has established with the younger generation, which completely dominated the audience this evening.

We live in a rapidly changing world where the mobile phone industry has become increasingly central to the way people not only communicate, but listen to music as well. Ed Sheeran – and especially Taylor Swift – have benefitted tremendously from this rapidly changing landscape. Social media has been central to their rise in stardom. Tonight, cell phones were in abundant use as young fans snapped endless pictures of the stage and video recorded various songs. They were constantly using their phones to update friends who couldn’t attend the show through various social media outlets. It was remarkable to behold this teen revolution take place. It was also quite telling how simply brilliant Swift has become in adapting to these new ‘do or die’ realities of the music business.

I’m going to say this once again. Taylor Swift will go down as the most influential female artists of her generation. Unlike other flash in the pan teen sensations, Swift has staying power. She also has the uncanny ability to stay in tune with her base and grow with them. It doesn’t matter how famous her boyfriends are, hope springs eternal there really is ‘the one’ still out there for her to find true love with. Taylor’s fans will stay with her until she does, no matter how long it takes.

Tonight, tens of thousands of screaming fans could care less which artist was a little bit country, and who was a little bit rock and roll. This was a big, happy family gathering where everyone could share a little piece of who they are and gain comfort in knowing they weren’t alone. Whether you call this concert a bit of therapy, or just a plain liberating experience, one thing is for certain. Everyone in attendance had a really great time with a true friend this evening. And all of them will be there again in two years to reconnect and travel down that same road again. That’s the true power of music! That’s the magic of Taylor Swift 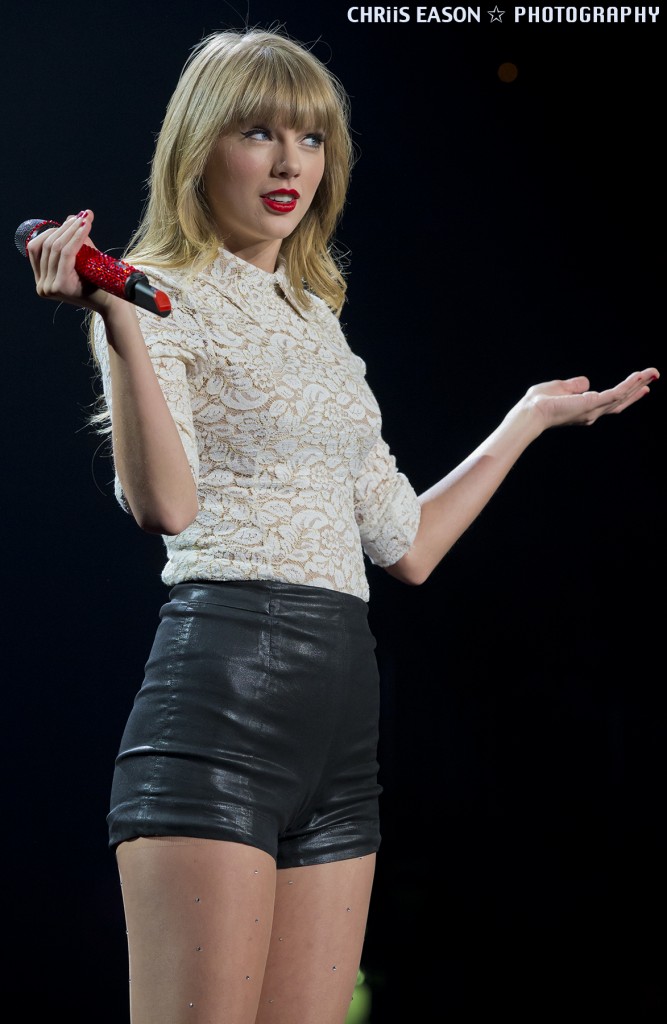 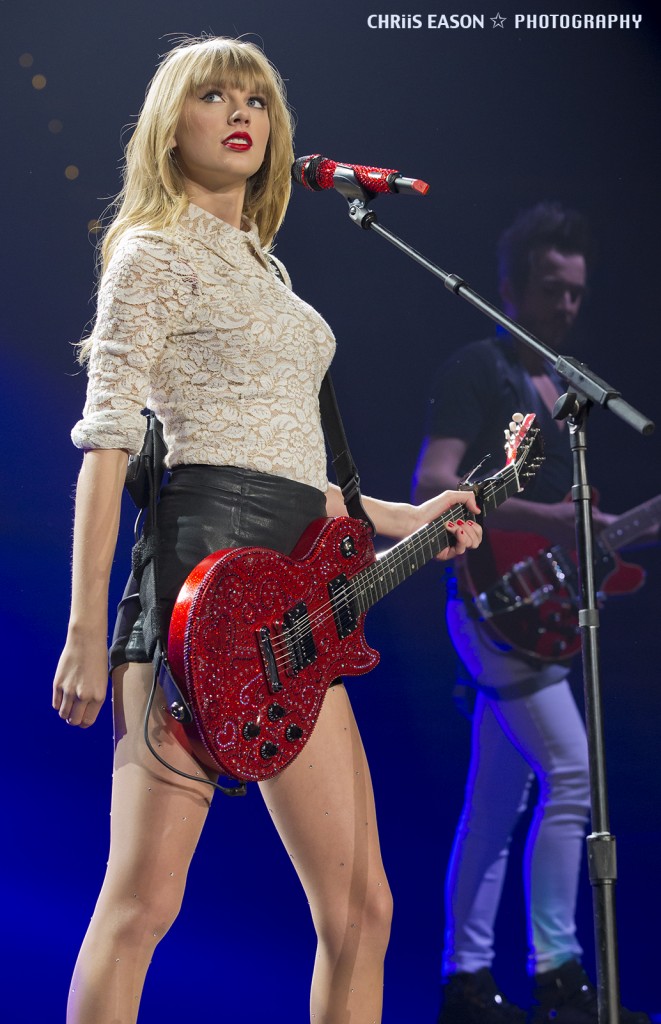