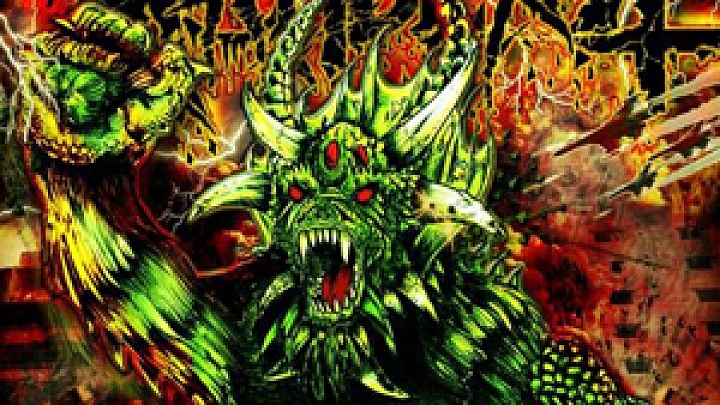 On the heels of releasing their new full length CD, and going out on a tour with Gwar, we sat down and spoke to Bruce Corbitt of Warbeast.  Here’s what he had to say. 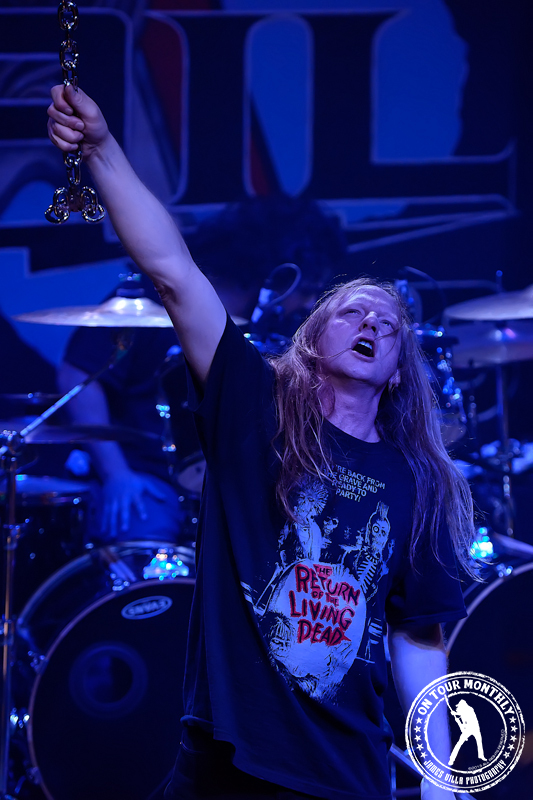 OTM: With the January release of the War of the Gargantuas split album including tracks by both you and Phil Anselmo of Pantera fame, Warbeast seems to be starting out the year on all cylinders.  How did that collaboration come about?

Bruce: It was actually after “Across the Enemy” and Phil had the idea to do a solo band. He began writing for that and he knew we had written a couple of new songs. He was just like “Hey guys, you should come down and record these new songs when you get the chance”. “We will do a couple of my songs when I finish my album and we’ll do a split.  It was really a two and a half year thing in the making. 2013 is a right foot for us; it really got us started out. After that we went on tour with down, and the reviews and everything people have been saying have been overwhelmingly positive.

OTM: The split had a lot of positive reviews many of them referenced both of the Warbeast tracks, were you surprised by how well it was received by the fans and critics alike?

Bruce: It really surprised me because “Of Course“ you aren’t going to get positive reviews from everyone, but I would say that 85% of people actually liked the split we had done with Phil. It was a shocker but a really good feeling though.  What can I say, it made all feel really good to read all of those reviews with good responses towards it all.

OTM: You went out with Phil for a couple of weeks to support the release, how was that?  Anything memorable happen on the road?

Bruce: (Laughs) This was actually our third tour with them; so we were on our final leg and it was just blast you know? Getting to be with them everyday and hanging out with them.  I think a big highlight is when down plays “Bury me in smoke” and they bring everybody up from different bands and we all trade off instruments. During our last show, one of the band members actually went out and bought a gorilla outfit and painted it green to match the split. Him and Phil had a full out wrestling match, it reminded me of WWF, or whatever the wrestling is these days. He ended up stage diving into the costume and all; which was actually pretty cool. The perfect ending to a great tour with those guys. 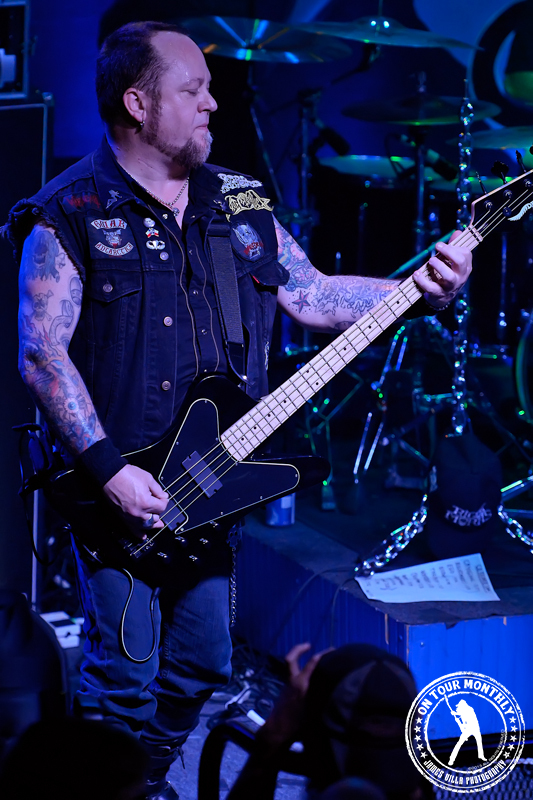 OTM: With the release of your new album Destroy, you introduced Casey Orr how has that worked out?

Bruce: It was great, I mean he only had about 5 weeks to actually come in and learn all the songs it’s such a short period of time. I think we’re sounding better than ever, and of course Casey and I go way back, also Scott Shelby and him go way back the other two guys love him also. Sounding like he may just stay in the band from what it is looking at right now. So we are just going to hope that it continues to go well and we are going to improve as a band and move on.

OTM: I caught your CD release show at The Rail Club and got my first glimpse of Casey.

Bruce: This was actually Casey’s first show with us, and we really had a blast with him and all. The Rail Club is our hometown venue that we truly enjoy. Our homes base pretty much in DFW. Everyone was there from our fans to our family; it was truly a great time.

OTM: Your currently on tour with Gwar and will be until late into the month of April,  has having Casey Orr being a former member of Gwar made this tour something you looked forward to?

Bruce: Well for all of us it was cool really, being that he had been with those guys on and off and he already had that relationship with them. The guys from Gwar were excited that he was coming along –He stutters- you know, it makes it feel like one big family. I mean they were really good to us treated us very well.  It was good because Casey knew that tour manager very well so he could pop on over and help us out if he really wanted to.

OTM: I’ve always been impressed with how much you promote your shows and communicate with your fans on Facebook.  How important do you feel social media is to a band being successful?

Bruce: I think it’s very necessary to a band in this day of age to adapt to this “New” music business. Social network is a big part to all of this and it seems that the fans and all actually appreciate it. I mean, because they like to hear about what’s going on while out on the road, or what’s happening when and where. Every time I’m in a certain town or whatever, I like to do this thing called “War Beast tour report” where I would post videos. I’ve had fans tell me that they watch every day just to see the nest one show up, and maybe they are hoping to be in one. I don’t know, I guess it makes the fans feel closer to the band that way it’s just so different then how it was in the 80’s, where it was just stumbling upon or word of mouth. Now everybody has up to date reports as it’s happening. It’s important and I enjoy using social networking, I like doing that for them.

OTM: I know losing your former Rigor Mortis bandmate Mike was hard on you, you had a lot of meaningful post on your page concerning his loss, metal always tends in my opinion to have some of the strongest bonds.  I know you’ve done a lot to help his family anything we should look out for as far as a benefit show or anything else you may have lined up in the near future.

Bruce: Yes, absolutely. We have a show coming up for him on June 14th, which is actually his birthday, so really it’s a big birthday tribute show for him in Deep Ellum, Dallas at the club Trees. We have Goatwhore who actually have told us that we were kind of an influence on them; I really like them as a band. They are coming to headline it. Hammerwitch is doing a reunion specifically for Mike. Of course Warbeast is on there. We are trying to truly make it a special night and all. Clint, over there at Trees has been really cool and is letting us take 100% of the prophet at the door to donate it to Mike’s wife and kids. We will also have raffles and videos.