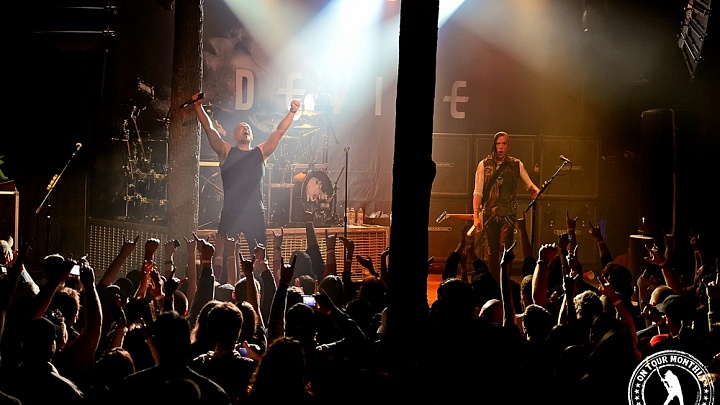 Industrial metal band Device performed the first show of their headlining tour at Trees in Dallas. Frontman David Draiman formed the side project in June 2012 after his band, Disturbed went on hiatus. Ardent fans crowded the stage and balcony, waiting impatiently for the curtains to draw back. Draiman entered the stage wearing his signature black trench coat. Fans raised their devil horns in anticipation of a legendary metal show. 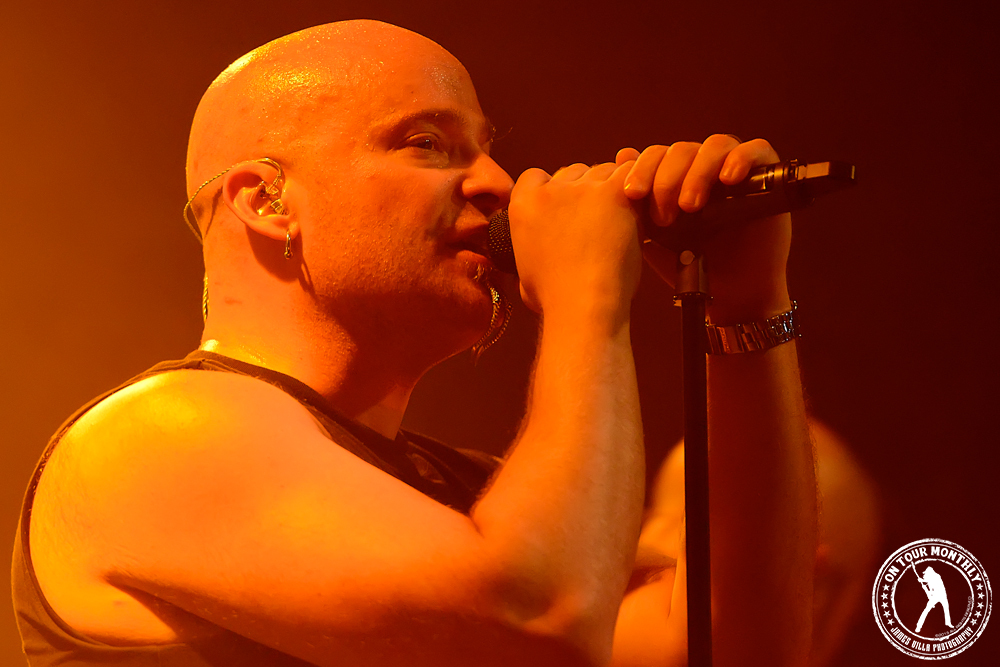 Draiman bobbed his head and clapped his hands during just about every song, encouraging crowd participation. Numerous mosh pits were formed throughout the night which left some fans bruised and battered by the end of the show. Faithful fans believed every drop of blood and bruise to be worth it.

For a three piece band, they were certainly a wall of sound. Throughout their set, machine-like sounds were implemented into songs; hence the genre “industrial metal.” The band played a thirteen song set list with a three song encore. Twelve of the songs performed were from their self-titled debut album that was released earlier in April. The only song performed that was not off their album was a number titled, “Recover”.

Overall, the show was rather enjoyable. Industrial metal is not my favorite genre; however, I recommend giving them a listen. 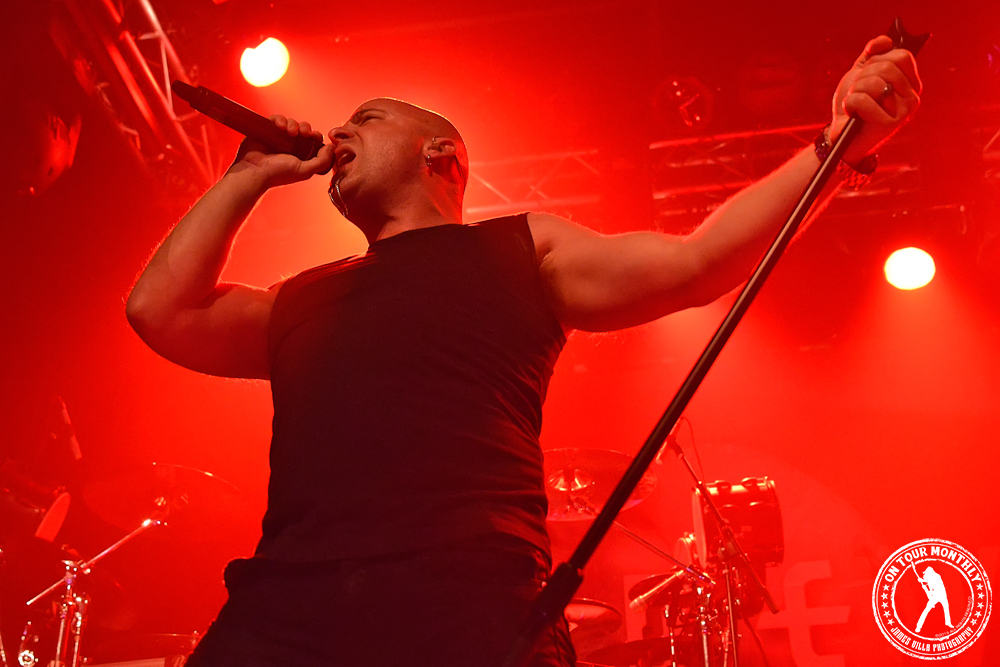 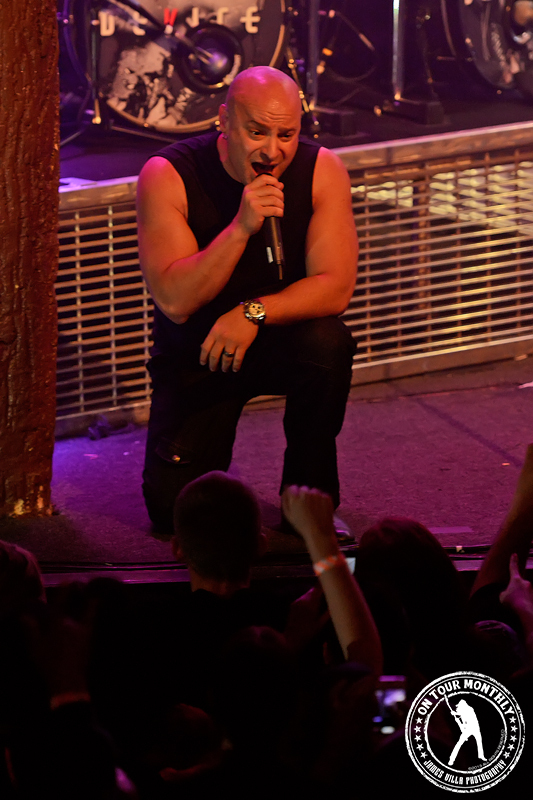 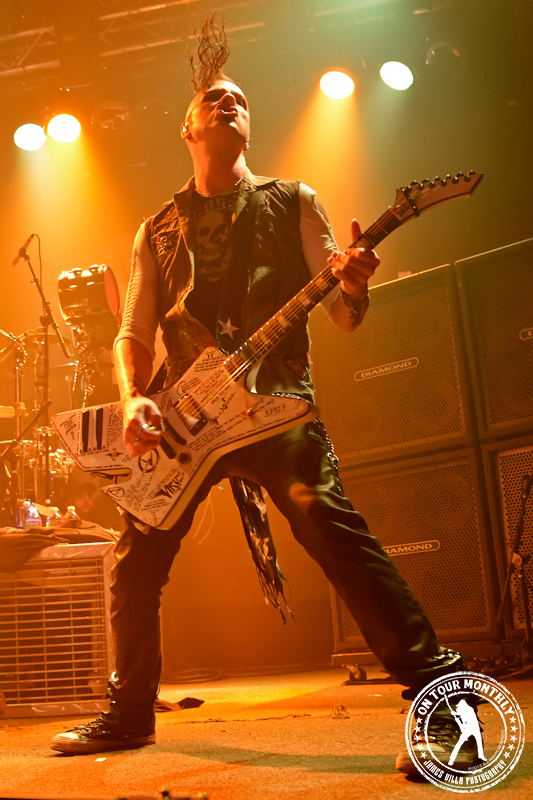 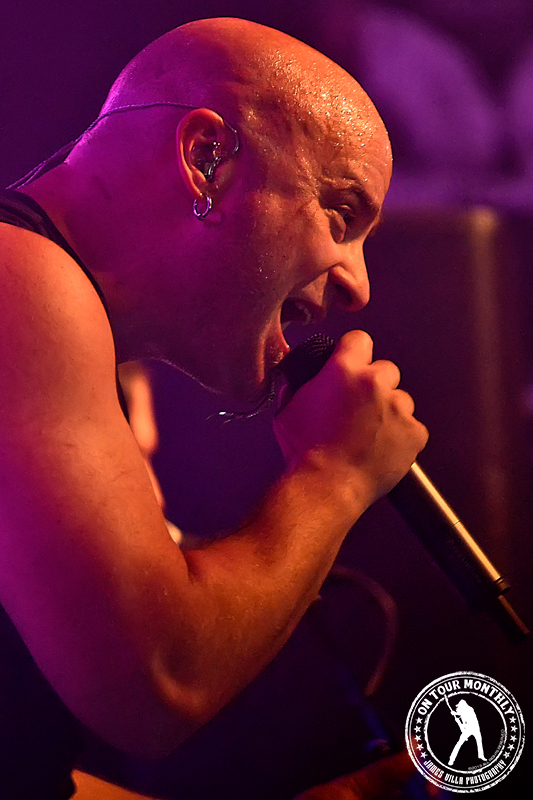