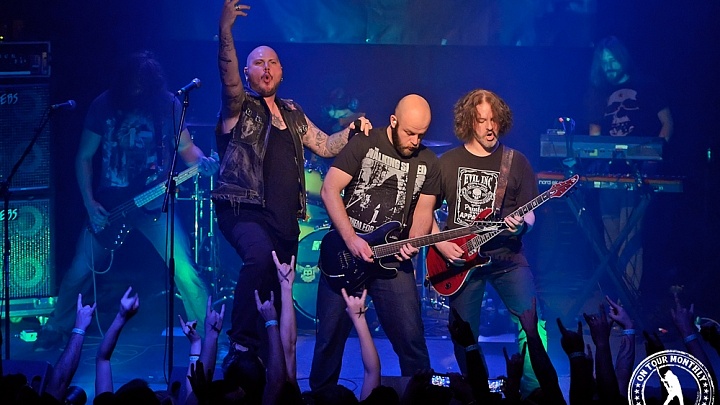 Those familiar with the European metal scene should already know this name. Fans of the band should be intimately familiar with their intense brand of melodic metal. With milestone albums like Stabbing the Drama, and The Panic Broadcast, Sweden’s Soilwork has a long career of success steeped in change.

Despite the recent separation of one of the band’s primary creative influences, Peter Wichers, the band has churned out a double album with a different producer, Jens Borgen at the helm and new guitarist, David Andersson in the ranks.

They are embarking on a daunting 55 date multi-national tour in 57 days, with a lot of club dates in the U.S. that will give audiences an intimate view of this monstrous band.

I recently had a moment to talk to brutally technical, but groove-driven drummer Dirk Verbeuren to see how change has affected the band and their music. 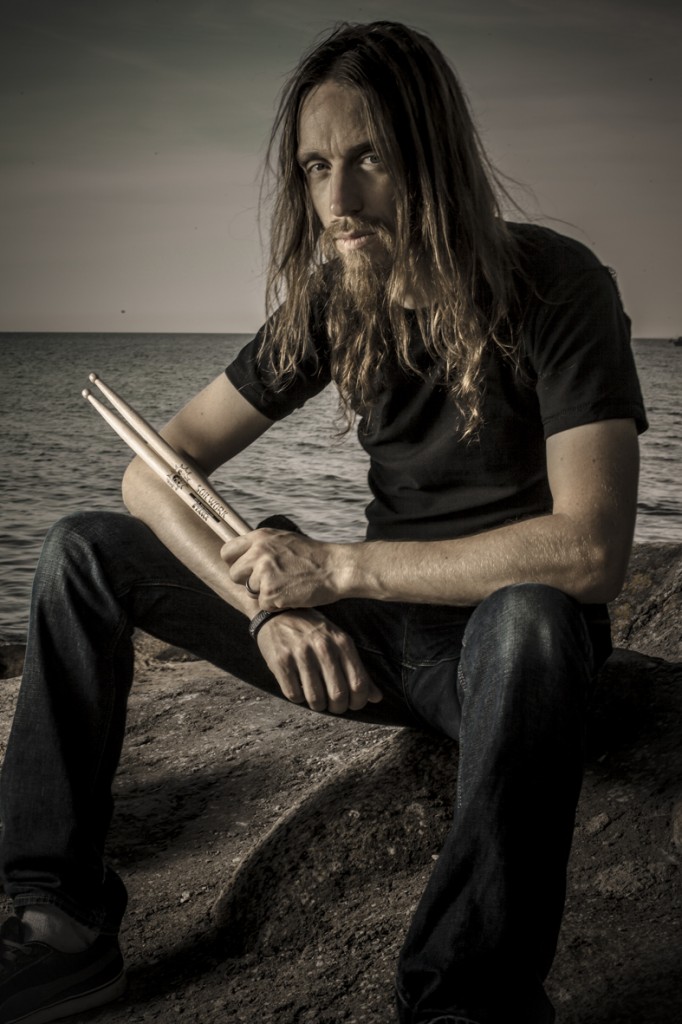 OTM: This new double album is packed full of intensity. The performances are strong and the dynamics stay true to your catalog. Change can be positive and I feel like you guys rose to the challenge in full force!

Dirk: Thanks man. This has been a great journey for all of us. Because the changes to the band were a mutual decision, the creative process became more of a group effort.

OTM: Did you record in the U.S. again this time? Did you expect to have a double record before you went in?

Dirk: We ended up recording in Sweden at Fascination Street this time. But we did have every intention of doing a double album. We had all brought a lot of material to the table and Speed has had this idea for years! I guess it’s a statement of our investment to do more and to keep growing. It’s like a cool challenge to put it all out there and show that we can do it.

OTM: It definitely shows! What was the direction for the overall sound in regards to production? Working with Jens [Bogren] on this record was a decision born of circumstance since Peter [Wichers] was gone?

Dirk: Actually, Jens had engineered the drums on Panic Broadcast and even some mixing, so he knew right where we were. We really enjoy working with him. He’s funny, hardworking and he kept the production in line. We wanted to maintain an organic, human sound – but keep the cohesiveness overall.

OTM: So, less polish and more chops. I feel like people identify more with music that isn’t over-corrected anyway. I hate when everything sounds so perfect that it doesn’t feel anymore. Speaking of feel, I see a lot of metal drummers get stuck in blast beat mode, but you keep things dynamic.

Dirk: Yeah groove is central to what I do as a drummer. I like to keep things flowing and still stay true to Henry’s [Ranta] early stuff which kind of dictates that I can’t just machine gun drum everything you know?

OTM: I sometimes forget that you weren’t the first drummer, since you have been here for so much of the current catalog. So with all the changes in the studio, are you augmenting the live stuff as well?

Dirk: We’re putting in extra time to make sure that we’re tighter than ever. We have a killer set list for this run and we’re ready to get out there and do it.

OTM: What are some of your favorite tracks to perform live?

Dirk: Let This River Flowis one of my favorites for sure. And Spectrum [of Eternity] of course.

OTM: So you guys are doing 55 dates in 57 days! You gonna let Speed sleep in a little bit?

Dirk: (Laughing) Yeah it’s gonna be tough, but we’re preparing for an assault! We feel like we’ve reached a new level and we’re ready to share it with the fans.

OTM: Excellent, we will be there with fists in the air! Thanks again for the time to chat and I’ll see you at the Trees Dallas date and maybe a couple more.

OFFICIAL VIDEO:
“Rise Above the Sentiment” by SOILWORK 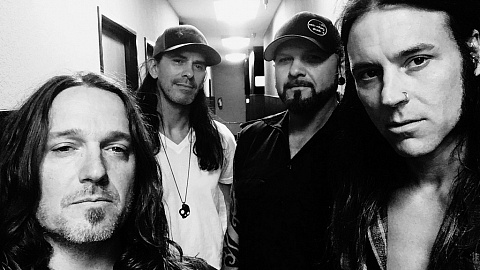 A Conversation with Joe Grah of Jibe

A Conversation with Joe Grah of Jibe Interview by Bradon Callies – Photos by James Villa Photography We had an opportunity to sit down with Joe Grah singer...

Exclusive Interview with Levi Benton of Miss May I

On Tour Monthly sat with Levi Benton before a show at the House of Blues in Dallas. We discuss; how he became a singer, what he does to prepare for a show, his... 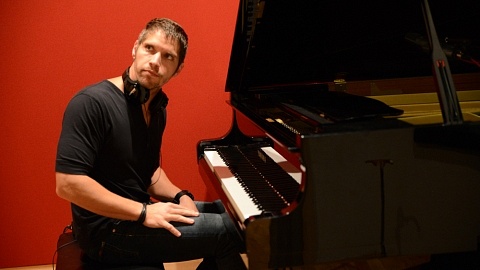