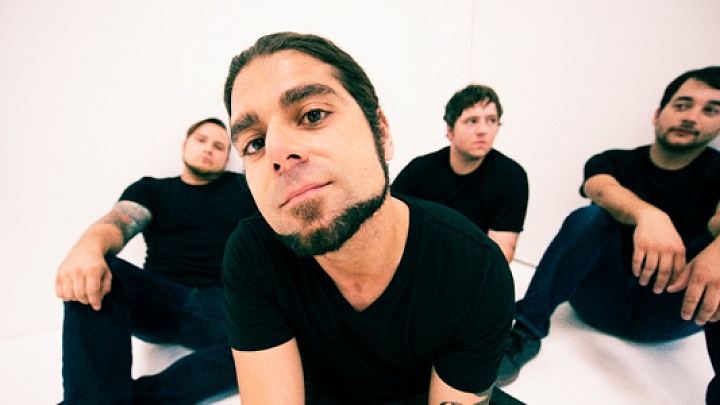 It is incredibly difficult for any artist to maintain a continuous line of communication with its fan base for extended periods of time. It’s darn near impossible to keep that momentum going when your music literally demands the audience see the landscape through the eyes of the beholder.

Yet that is exactly what Coheed and Cambria co-founder Claudio Sanchez has done. And the fans love him for it.

Sanchez made a daring decision ten years ago to present the idea of creating an alternative universe in flux set to music. As he spelled out his vision, dubbed the Armory Wars, to guitarist Travis Stever and drummer Josh Eppard, they were surprised to find out that out this melodrama wouldn’t take place with just one album. No, it was going to extend through an ongoing series of recordings.

On the surface, it seemed crazy, but for this fledgling unsigned group, they had nothing to lose. The risky move could have very easily turned into an exercise in futility because no rock band had ever staked its career on an ongoing sci-fi adventure played out in this manner. Ten years and seven albums later, the Palladium Ballroom was hosting over 2,500 hearty souls who not only had bought into the musical adventure Sanchez had created, but couldn’t wait to participate in it as well.

Coheed and Cambria brought two very different, yet extremely talented bands on the road with them. Russian Circles opened the show, and let me tell you, this three-piece instrumental outfit from Chicago is one group to take note of in the future. One of their compositions, “Death Rides a Horse” was especially intriguing. If you get a chance to see this band in concert in the near future, I highly recommend you do so. From what I saw, you will not be disappointed.

Between the Buried and Me was outstanding, but in a different way. Where there were no vocals from Russian Circles, it was just the opposite with this band. The musicianship was outstanding, but to be honest with you, the screeching noise emanating from Tom Rogers mouth actually undermined the outstanding guitar work of Nick Fletcher and Paul Waggoner. I honestly could not understand why a group that sounded this fantastic would undo all of that brilliance with lack for a better word, obnoxious singing. Rogers’ voice really made it hard to appreciate the accomplishments of the other four musicians on stage. Yes, there were some hardcore fans that loved this sound, but a Coheed crowd is a sophisticated one, and vocal clarity as well as fine musicianship, is the one trait they admire more than anything else. Between the Buried and Me will never reach the next level until they realize their vocal approach is diminishing the musical prowess the band most certainly possesses.

The current Coheed and Cambria tour is dominated with music from the band’s recent double album masterpiece, The Aftermath. In another unprecedented move – and with this band its norm de rigueur – Coheed and Cambria decided to split the album up into two separate entities so that each one would have time to breathe with the public at large. The first half, the 40-minute long Ascension, was released in November, 2012. The second installment of this intergalactic soap opera, the 43-minute Descension, made it’s much anticipated debut three months later.

Eight of the 15 song presented tonight were culled from these two recordings. The capacity crowd ate it up. Sprinkled in-between the Aftermath albums were key selections from the band’s other recordings in the ongoing drama. They standout tracks “Here We Are Juggernaut”, “No World For Tomorrow,” three cuts from In Keeping Secrets of Silent Earth: 3 and the obvious crowd favorite “Welcome Home” from Good Apollo: I’M Burning Star IV, Vol. One.

As a layman to the Armory War saga, it was fascinating to watch the crowd really get into this show. They sang the words to several songs, raised their fists in unison, and cheered the band on wildly as the band transported the audience through a mystical voyage of danger and intrigue.

Another item of note was the extent to which Coheed and Cambria would go to keep the masses up with what they are doing. The band made sure no stone was left unturned when it came to merchandise. You could purchase autographed comic books to catch you up with the Armory Wars saga. There were even beautifully designed coffee table books for those fans really caught up in the action. An assortment of knick-knacks from bumper stickers to coolies adorned the area as well. And don’t forget the variety of concert T-Shirts that were must have items as well.

This concert leaves everyone satisfied. If you are attending a C&C show for the first time, your first thought is you’re going to get hopelessly lost in the immense story that has been unfolding in music and through comic books. You won’t. This band takes special precautions to make sure new fans attending a Coheed and Cambria show are not overwhelmed. Each song this band creates for their album concepts stands on its own merits. That enables them to insert various past tracks from other records without disrupting the flow of the concert itself. And for those in the know, this band is smart enough to include the crowd favorites while introducing them to the current work. It’s a delicate task indeed, but Coheed and Cambria pull it off brilliantly.

There may never be a rock band so bold as to stake its very survival on its ability to keep its fans engaged with cliffhanger endings album after album. Coheed and Cambria, after a decade of intense work, are on the verge of finally breaking out of the secondary market to headline status. Most bands have a three to five-year window where their creative juices are flowing, and the music they’re making is truly memorable. Apparently C&C skipped that part of the rock and roll curriculum growing up.

What this group has accomplished with their unique take on rock and roll is truly remarkable. From what this audience witnessed tonight, there’s no reason for them or any one attending future Coheed shows around the country, to suspect the next ten years will be any different. This is a band for the ages, no matter what universe they currently inhabit.

No World For Tomorrow

Here We are Juggernaut

Dark Side of Me

In Keeping Secrets of Silent Earth: 3